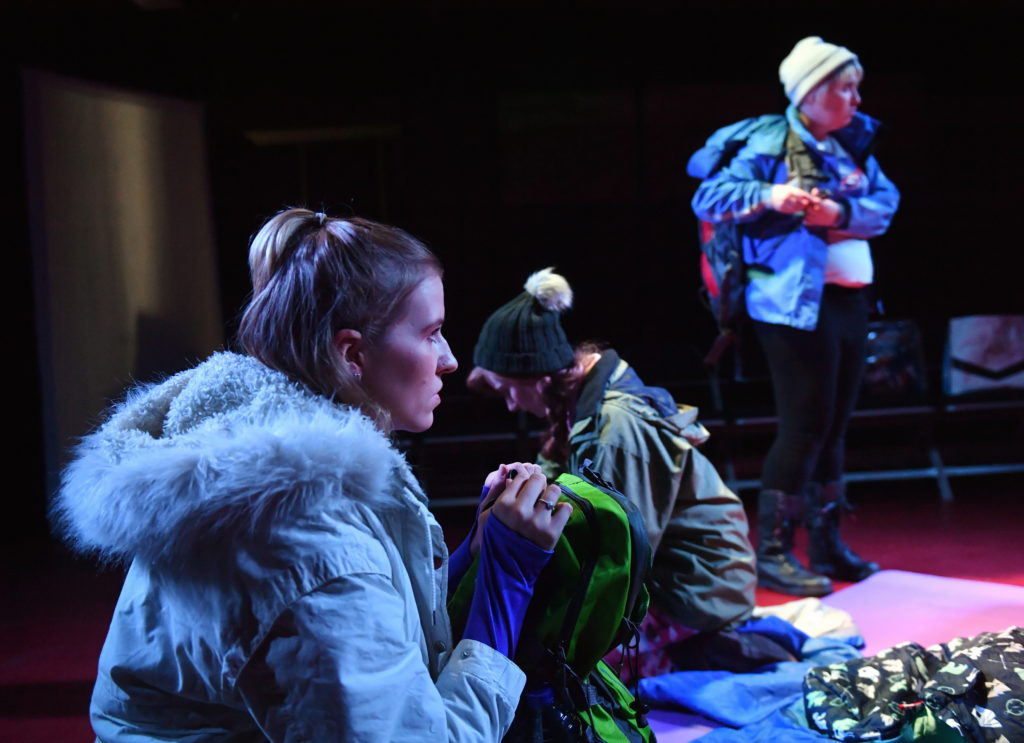 For a production primarily set within the fuggy, claustrophobic confines of a single tent, our five talented actors have a job on their hands. Given this challenge and the largely subtle, psychological nature of the drama, then dialogue is essential. We’re already, in the small theatre space, having to suspend no small amount of disbelief as characters who ‘leave’ the stage remain in our peripheral vision, lurking in the gloaming. We need narrative help in believing that we’re miles from anywhere with our cast, trekking a remote hill pass to honour a dead friend.

Given our reliance on body and spoken language here, it’s a high-risk option to choose in-the-round staging – and one that doesn’t pay off. It certainly proves effective in communicating the sense of the landscape – and who knows what else – closing in around the huddled cast. But a performance that gives its audience an array of backs in the crucial opening moments is already giving us a hard time finding a way into the characters.

This is a huge shame, as the script (Michael Spencer) is sensitive and credible. Joshing between friends feels believable and by the end of the ninety minutes we’re really starting to get a sense of who these individuals are and the complex crosses they bear. But maddeningly, the cast’s body placement combined with unfriendly acoustics mean at times chunks of dialogue, especially in the quickfire banter scenes, are just lost. Music levels at just a touch too loud (although great song choices) add to this issue.

It’s especially annoying to be denied the enjoyment of this all-female cast – a strong one, at that. Vanessa Sedgwick is great as Chloe, the extrovert-introvert linchpin of the group, and Chloe Sturrock as the dry, quick-witted Hayley. Each are grappling with their own reasons to be glad of time away from the world, and these are deftly treated.

The twist, when it comes, is (to this reviewer at least) genuinely surprising and unnerving. Based on a true story, the plot is genuinely creepy and the telling is aided by clever use of simple projections against snowy white canvases.

As I head out into the night, suddenly feeling chilled, I’m left rattled by the sinister overtones of the plot – and worse, by the fact that this potentially great thriller is frustratingly derailed by a disastrous staging choice. 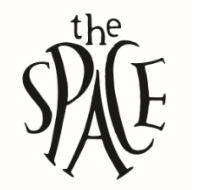 The Space until 23rd March