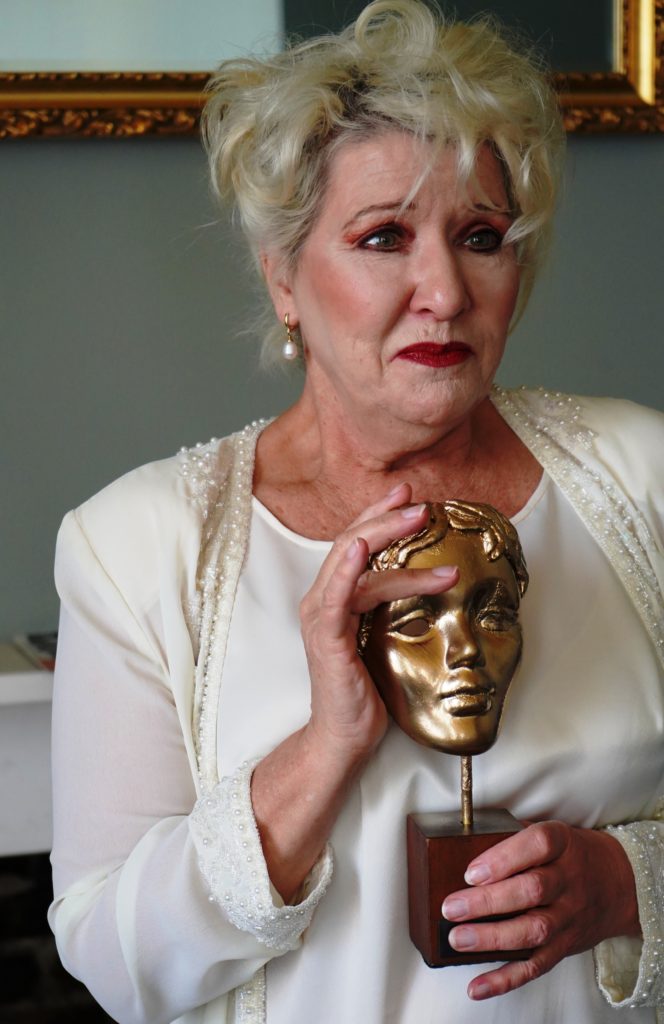 I can safely say that Coral Browne: This F***ing Lady! is the only play I’ve seen where the performer has apologised directly afterwards. In this case it was for how under-rehearsed the show was, but Prospect Productions’ aim to shine a light on the now-sidelined titular Australian actress unfortunately suffers from greater issues than that.

Set in her home towards the end of her life, the play sees Browne (Amanda Muggleton) recount her illustrious career throughout the mid-1900s to the audience, from Australia to London to America, as well as her love life, from other women’s husbands, to her own, and back to others’. It’s never particularly clear exactly what Maureen Sherlock’s script wants to draw attention to, however, and it often feels as though the audience are just watching a staging of a Wikipedia page for all the insight it provides into who Browne was as a person. There are occasional moments of depth, such as the loss of her husband, her fraught relationship with her mother, and her exasperation at the roles men write for women, but these are fleeting, instead playing second fiddle to her reeling off which productions she’s been in, and her penchant for swearing (which gets old very fast). In fact, much of what little personality we are shown doesn’t cast her in a favourable light, as she turns her nose up at the working class and derides the idea of assisting with the war effort, which does little to make Browne a likeable character.

Muggleton’s portrayal of Browne only adds to the superficiality of the script by depicting her as very artificial – it feels like we’re just seeing a performance of Browne’s public persona rather than a three dimensional human being. Muggleton also feels confined by the cramped and cluttered stage, as well as Sherlock’s perfunctory direction. Despite this, Muggleton does manage to bring a heft of charisma and energy to the role, although this was dampened on a number of occasions by her having to ask for prompts; you can be sure that if the performer isn’t able to follow the story, then the audience will definitely struggle to too.

I am always sympathetic to first night mishaps with shows but Coral Browne felt so severely under-rehearsed that it came across as amateurish – such that it necessitated an apology. The true mishaps of this production though are that it is direly underwritten and shallow.