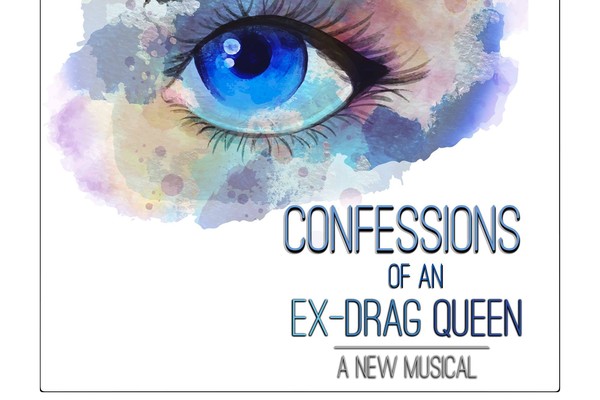 Confessions Of An Ex-Drag Queen

“Lyrics are hard to digest and undeniably cringe-worthy”

Watching Confessions of an Ex-Drag Queen is akin to being stuck at a really bad carnival themed party for far too long.

The story itself has, admittedly, some potential underlying deep under metric tons of kitsch. The terribly unlikable main heroine, Kristen (Lauren Wilson) wakes up hungover on Denise (Bethany Milton) and Spencer’s (Daniel McCaully) wedding day. The issue is, Spencer (or, as the drag fam knows him, Sarah) is missing, leaving behind but a ‘goodbye’ in a mysterious glittering notebook. Kristen vows to find him and searching for clues, stumbles upon a few dubious characters (also played by Milton and McCaully) from Spencer’s past.

The potential lies in the fact, that it might have been reasonably entertaining if it was fifteen minutes long. Every character Kristen meets is naïve and cartoonish, their stories subtle as a brick through a window, like in a horrid version of The Little Prince, except not meant for children. There’s a little bit of everything – lost dreams, friendly freaks, feuding ladies, flirting gentlemen – bar actual drag. It is genuinely beyond my perception, how such a bottomless pit of inspiration remains completely untapped, reduced to a guy wearing lipstick and Disneyish theme of acceptance and love. Spencer might have well been a plumber, leaving behind his pliers and spanners for Kristen to find. It wouldn’t really change a thing, and had the entire show been called Confessions of an Ex-Plumber, it would have at least had faint potential not to treat itself so seriously.

And, for goodness sake, everyone – everyone gets to sing. Lyrics (by Jack Stone) are hard to digest and undeniably cringe-worthy but, as Denise with cheerful repetitiveness sings: “I’m getting married/ It’s all about meeeee today!”, you cannot say you did not grasp the message. It really is all about this tacky little monster of a show today.

The actors really cannot sing, and except Milton, they do not even seem to try. Wilson’s throat is so terribly constricted, it is actually astounding that there’s some sound at all; she also, for the life of me, can’t hear her own pitch whatsoever. All three of them have horribly underdeveloped voices and slide from note to note, instead of properly hitting them. Funnily enough, Lukas McCabe’s score itself is not bad – it’s pretty repetitive and sort of tedious, but overall quite pleasing to the ear. The problem is, without proper orchestration it simply cannot work. For chamber musicals, this score is too big. For the big stage, this story is too small. It just doesn’t belong anywhere.

The whole production is obviously on a budget, hence small set design, unimpressive arrangement and virtually non-existent staging. But here’s the thing: no budget can buy you creativity.

Confessions Of An Ex-Drag Queen