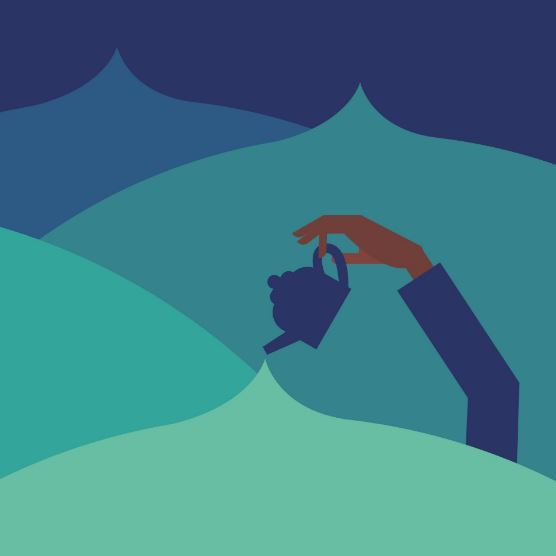 [ The Cobbled Streets of Geneva ]

“a short, brave piece with an inclusivity and depth that lives up to a motto of, ‘Continuing to widen as we learn.’”

A tender and unexpected love story that crosses barriers and explores questions of image and identity is a fresh new offering that defies convention at the VAULT Festival.

“[ The Cobbled Streets of Geneva ]” is a gentle rom-com with a happy ending, yet it tackles issues not often seen portrayed on stage. The growing relationship between two Muslim men from differing backgrounds has a dangerous edge and, in Nemo Martin’s confident writing, challenges perceptions of religion, culture and lifestyle.

The unlikely relationship is kindled when the middle-aged hard-bitten bodyguard Adham (a perfectly nervous and cynical Ashley Alymann) encounters Raushan, a kindly Imam (a warm-hearted and affable Shiraz Khan) outside his Inclusive Mosque in North London and a platonic friendship begins.

We see nothing of the way this friendship grows over the couple of years between the opening scene and the next, which is a great shame as it would pave the way more clearly into the main story.

A demanding boss hopes to set Adham up on a date on a looming trip abroad, so in panic he invents a husband and asks Raushan if he will engage in some role play for the occasion.

The all-inclusive week’s holiday in the Swiss Alps provides the atmospheric backdrop to the queer romance, with both characters understanding more about themselves as well as about each other. The olde worlde charm of Geneva sits alongside its reputation as the Peace Capital and a centre for diplomacy as the pair grows closer.

Director Jo Tyabji never once misses the hope-filled possibilities of the play and the relationship it portrays. While so much around us concentrates on why things fail, Tyabji discovers the humour and romanc e in “a couple of old Muslims holding hands and dancing under the stars.”

A great early line sums up the nature of the piece as Raushan catches Adham staring at his face and asks what he’s seen, to be met with the response, “infuriating optimism.”

The square brackets around the title refer to captions on photos often used to help the visually impaired experience the full view and ambience of a given location. In describing what we see, the play suggests we experience it with greater intimacy.

The play does suffer in that it feels like something that was written to be longer, but which has been edited down to satisfy the time constraints of the VAULT Festival. This means there are several short cuts taken in character and plot development.

A more fully realised version will be all the more beautiful and welcome. For now, we have a short, brave piece with an inclusivity and depth that lives up to a motto of, ‘Continuing to widen as we learn.’