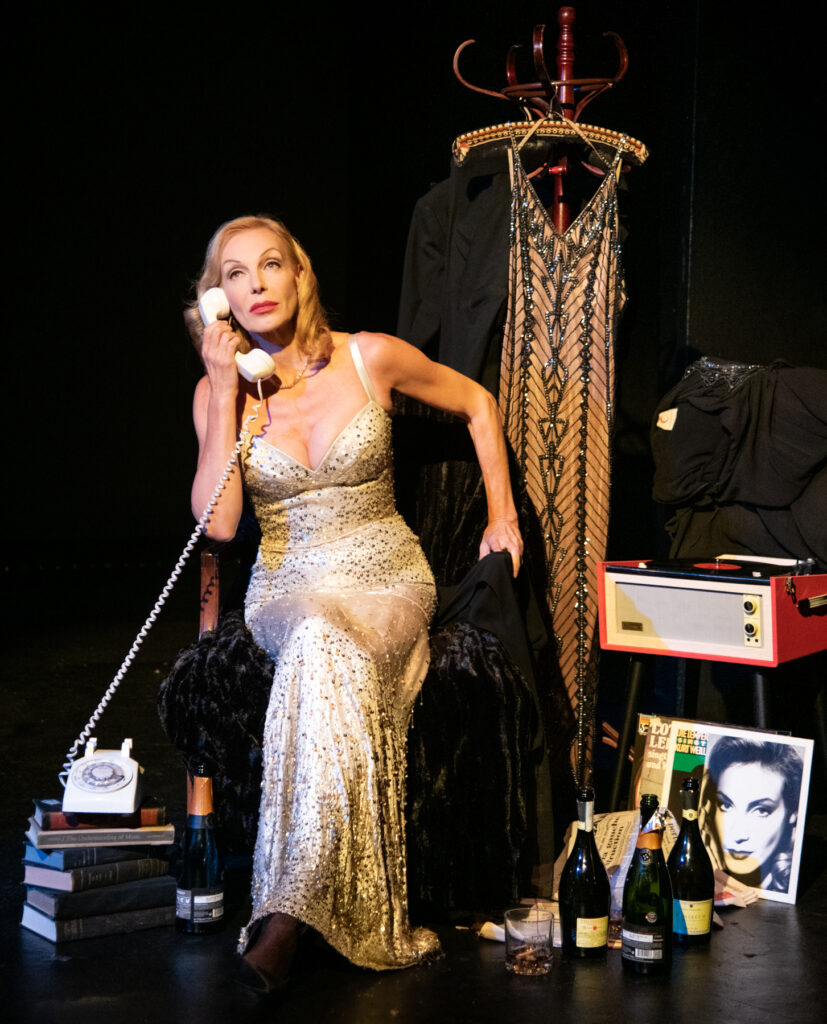 “This is beautiful and captivating storytelling through music and memory”

“Welcome to my rendezvous with Marlene. It is a true story that indeed happened in the year 1987, in Paris… Marlene Dietrich was a ‘woman of the future’. And that woman of the future gave me a message, for us – in that future today. Let’s go back in time”.

So begins Ute Lemper’s cabaret style show about Dietrich’s extraordinary life; a dialogue in words and music recorded at Alan Cummings’ club in New York. The starting point is a letter Ute wrote to Dietrich apologising for being dubbed the ‘New Marlene’. Ute thought she was nothing of the sort – she was just at the beginning of her career in theatre and music, whereas Marlene was looking back on a long, fulfilled life of movies, music, love stories and stardom. But out of the blue, returning to her hotel while appearing as Sally Bowles in “Cabaret”, Ute received a telephone call from Marlene, and that conversation forms the basis of this show.

“They know my voice, my legs, my movies… but they don’ t know me”, intones Ute in the distinctive, off-key, husky voice of Marlene’s. The telephone had become, by now, her only connection to the outside world and for the next three hours, if we are to believe the narrative, Dietrich poured out her life story. And believe it we do, as Ute slips back and forth in time, playing both herself and Marlene with reverential attention to detail. Ute not only captures the mannerisms and cadences and key moments, but she digs deeper and inhabits her thoughts too. We get a deeply personalised account of this ‘woman of the future’, who renounced her native Germany in protest at the Nazi regime and who challenged the men around her including world leaders. We follow her from the beginning; from the Weimar cabaret, her thrust into stardom with ‘Blue Angel’, her contribution to the American war effort, her Hollywood career, her eventual return to Berlin despite the hostility she received there, her humanitarian efforts and her final solitude. And, of course, the love affairs.

At the core are the songs. Iconic, and forever associated with Dietrich. Backed by a five-piece band led by pianist Vana Gierig, the modern flavour complements the sensual richness of Ute’s vocals. ‘Falling in Love Again’, ‘Just a Gigolo’, ‘One for my Baby’, ‘Illusions’, ‘Lili Marleen’, ‘The Ruins of Berlin’, ‘The Laziest Gal in Town’, ‘Ne Me Quitte Pas’, ‘Where Have All the Flowers Gone?’… and more. It is safe to say that Ute improves immeasurably on the originals. She is in top form here, stretching way, way beyond Dietrich’s limited range technically and emotionally. Her rendition of the songs reveals as much about the private vulnerability of Dietrich as do the anecdotal facts.

This is beautiful and captivating storytelling through music and memory. A loving montage directed and edited by Evan Quinn as we follow Ute following in Marlene’s footsteps. In 1992 she was hired to play Lola in ‘The Blue Angel’ in Berlin; exactly sixty-four years after Marlene was the ‘Blue Angel’ in Weimar times. She had been twenty-eight years old at the time and Ute was, also, twenty-eight. Ten days before opening might, Marlene passed away. Ute was there at the funeral.

“So, what was it that Marlene wanted me to tell you?” Ute asks in the closing moments of the cabaret as we come full cycle. “She wanted to talk about people, nations, stupidity, the empowerment of women, the intelligence of women. She wanted to talk about history. Never to forget. And always to remember.” This parting plea, urging us not to repeat the mistakes of the past, runs deep as she closes with a few bars of ‘Where Have All the Flowers Gone’, followed by a stirring and emotive rendition of Bob Dylan’s ‘Blowing in the Wind’. One thing is for sure: Ute Lemper’s performance is unforgettable.