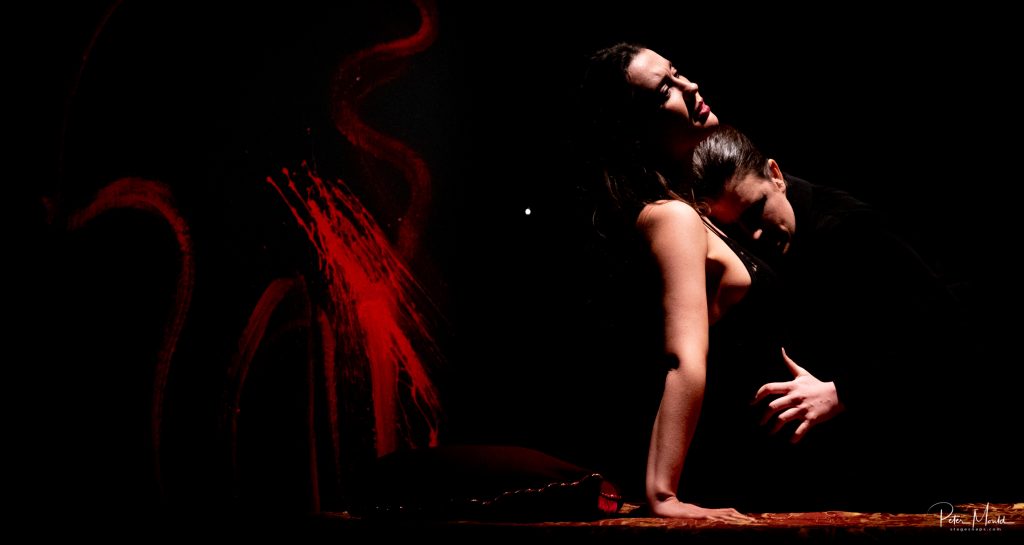 “The energy of the musicians is a delight to watch”

Monteverdi’s L’Incoronazione di Poppea is, most critics would agree, one of the greatest of baroque operas. It’s always a pleasure, therefore, to see young artists take on such a challenging work. Ensemble OrQuesta’s production, part of the Arcola Theatre’s Grimeborn Opera Festival, fits the bill. This company doesn’t hesitate to update Monteverdi’s morally problematic tale of the Roman Emperor Nero and his mistress Poppea in a variety of intriguing ways. Fortunately for more old school music lovers, however, director Marcio da Silva chooses a small orchestra of period musical instruments. He demonstrates a contemporary sensibility in the casting and singing of the roles instead. And audiences who come for the sublime sound of L’Incoronazione di Poppea won’t be disappointed.

Monteverdi and his collaborators created the libretto of L’Incoronazione di Poppea with moral ambiguity in mind. None of the main characters, all based on historical figures, are very sympathetic, with the exception, perhaps, of the philosopher Seneca. The historical Emperor Nero was a monster. His scheming mistress Poppea, having achieved her ambition of being crowned Empress, was then murdered by her husband, who dispatched during his reign, his mother, his former wife Octavia, and many other inconvenient friends and relations. Monteverdi gets around the problem of unsympathetic protagonists by framing the story as a competition between three goddesses. Fortune, Virtue and Love each claim they have the most power over humans, but Love claims the prize with her example of Nero and Poppea. By presenting the story of Nero and Poppea, Love shows how she conquers all, including a hostile court, a vengeful soon to be ex wife, and a moralizing moral philosopher. The fact that the two lovers in Love’s example have to wade through the blood of many victims to attain their desire is beside the point. At least in Love’s way of looking at the world. And Monteverdi’s audiences, who adored this work, saw no division between the erotics of politics, and death and desire. Quite the contrary.

Opera was still a relatively young art form when Monteverdi began writing his own. Although many of his operas are now lost to us, those that remain still convert people to passionate fans every year. They are innovative, challenging, and yet very accessible. The trick is to honour the intimacy of the small orchestra while creating a large enough space for powerful voices.

Ensemble OrQuesta’s production mostly succeeds at these contradictory aims, thanks to careful staging by Marcio da Silva. The period instruments of the orchestra never overwhelm the voices, or the studio space, and are cleverly tucked away under a platform that allows the audience to both see as well as hear them. The energy of the musicians is a delight to watch. The staging only falters when there is a crowd scene which cannot be cut, or otherwise abridged. The actual coronation of the Empress Poppea is bound to fall flat under such restrictions, even if the intimate space is perfect for the even more numerous scenes of, well, intimacy.

The modern music director has a lot of flexibility in assigning roles in L’Incoronazione di Poppea. For this production soprano Helen May plays Poppea and mezzo soprano Julia Portela Piñón is Nerone (or Nero.) Countertenors are often selected to sing the role of Nerone, but da Silva assigns his countertenor Eric Schlossberg to the role of Ottone. All three singers are both competent singers and actors—a necessity for an opera staged in an intimate space like the Studio at the Arcola. If May and Piñón do not quite capture the desire in the acting of their love scenes, they more than make up for it in the eroticism of the singing. There are some outstanding voices among the rest of Ensemble OrQuesta, in particular tenor Kieran White who manages three very different roles as Arnalta, Nero’s male lover Lucano, and the messenger Liberto. Also noteworthy is bass baritone Gheorghe Palcu as Seneca—a performance of great gravity and precision. Soprano Hazel Neighbour commands the stage with her Ottavia. It takes both energy and courage to take on L’Incoronazione di Poppea, and the entire company demonstrates convincingly that it has ample supplies of both.

L’Incoronazione di Poppea runs until July 30th and I encourage you to see it, and to get to as many offerings of the Grimeborn Festival at the Arcola Theatre as you can. If you are still a reluctant opera fan, this production, and the Festival, will convert you. 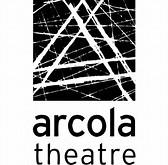 Arcola Theatre until 30th July as part of Grimeborn 2022