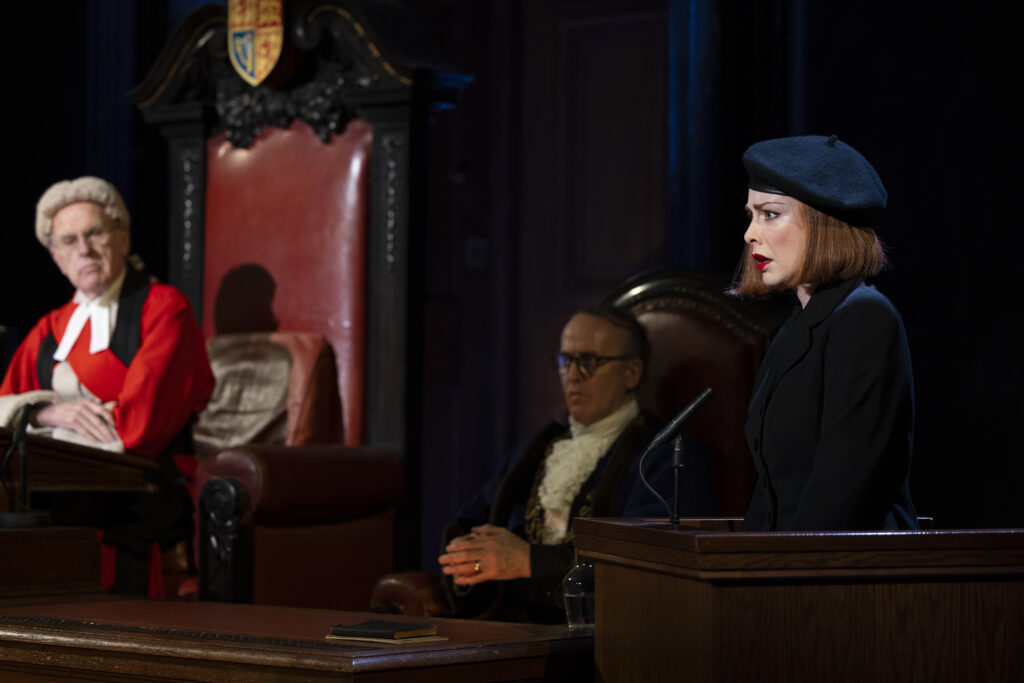 “The courtroom setting is of course a highlight”

Witness For the Prosecution has been intriguing and entertaining tourists and Londoners alike since 2017, and I don’t see why it should stop any time soon.

Baby-faced Leonard Vole (Joshua Glenister) is being accused of murder, having been found in the wrong place at the wrong time, but despite his seemingly obvious innocence, the evidence is shaky. Will his open features and simple nature be enough to redeem him?

Agatha Christie does well to create this stuffy, old-boys’ club legal system full of lots of back-slapping middle-aged men. It feels almost timeless in that it could be 1850 just as easily as 1950. But in walks Leonard’s wife Romaine Vole (Lauren O’Neil) dressed all in black, and suddenly we’re in technicolour. The women are the flavour of this otherwise slightly musty courtroom drama, with Romaine leading the pack, feline and cryptic in beatnik beret and blood-red lipstick. But housekeeper Janet Mackenzie (Mandi Symonds) and even the hardly-seen jealous woman, and mysterious blond (Lily Blunsom-Washbrook) in the second half are a glorious disruption.

Where previous casts have chosen a slightly subtler route, this new production has opted for campy over-the-top histrionics which I think suits the echoey chamber and oft-nightmarish script perfectly. Leave the naturalism to the proscenium arches.
The courtroom setting is of course a highlight, the lofty ceilings and dark wood adding flair to what is otherwise a pretty conventional production. A select few are seated as the jury, and others are sat in the press gallery. The rest of us play a ghost audience to a murder trial that has happened many times before in this same space. It’s just unusual enough to appeal to the savvy theatre goer, and plenty accessible for the enthusiastic novice looking for a good story to get stuck into.

The production claims to be running only until September, but considering how long The Mousetrap has been going, I’d say there’s still a good appetite for Christie in the city, and Witness is a much snappier story in a far more engaging setting. 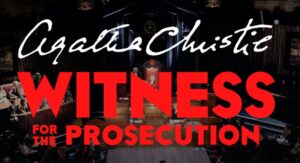 Previous review of this show:

“If good art holds a mirror up to nature, then Sticky Door provides a remarkably clear reflection”

Katie Arnstein is on a roll, coming into 2020 off the back of two successful solo shows: her 2018 Bicycles and Fish, and 2019 follow-up Sexy Lamp. Arnstein’s latest piece, Sticky Door, completes the feminist trilogy. You can catch all three shows at VAULT Festival this week.

The title Sticky Door refers to a quote by Minouche Shafik, former Deputy Governor of the Bank of England. Shafik argued that systemic sexism is not like a glass ceiling, which when shattered leaves the way free and clear for other women to follow. Sexism is more like a sticky door: it helps to have someone pulling from the other side, and once pried open, sticks shut again.

Arnstein’s performance combines storytelling and original songs she accompanies with the ukulele. Like her previous shows, this one draws heavily from personal experience. Arnstein takes us back to 2014: the year she had an epiphany that she’d been a passive participant in all of her relationships, and decided to correct for it by embarking on a year of casual sex, which she would initiate.

In a smartly written, very funny monologue, Arstein shares her stories of sex, sexism, cystitis, and the worst flat in London. In her breathless narration – she packs a lot of words into sixty minutes – the jokes fly fast. Her love of language is evident, and much of the comedy comes from incredibly clever similes. Puns also crop up repeatedly. Considering the heavy subject matter, including discussion of depression and assault, Arnstein’s approach is fresh and entertaining. And while her bubbly lightness is undeniably engaging, she shows notable skill in her ability switch gears, reign in the levity, and allow the serious moments to be serious.

If good art holds a mirror up to nature, then Sticky Door provides a remarkably clear reflection. Many will see pieces of their own experiences in Arnstein’s stories. Although Sexy Lamp may feel like a more directed, cohesive show, Sticky Door cuts deep with its argument that society grooms girls to tolerate harassment and abuse: to direct their anger inwardly, and translate it to guilt and shame, as opposed to outwardly, at the perpetrators and a society that caters to them. With moving conviction, Arnstein calls for women to believe they deserve better, and to find the courage not to accept less.

Arnstein offers up her own encounters with misogyny for dissection with intelligence and insight. Her shows are a gift to the women in the audience in particular, who will undoubtably leave feeling less alone.