PETER PAN’S LABYRINTH at the The Vaults 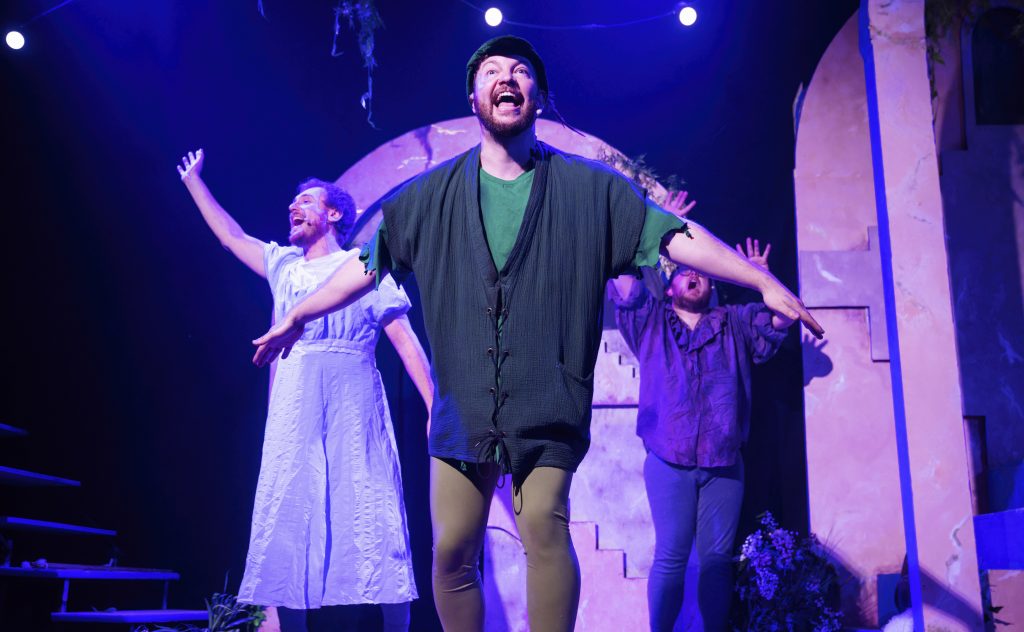 If The Sleeping Trees are back in town, it must be panto time. Well, sort of. For one thing, we’ve only just climbed out of our Halloween costumes. How lucky for us that The Sleeping Trees’ by now familiar formula of mashing together well loved folk tales, allows us to enjoy November and the holiday season in a whole new way. Putting together Peter Pan with Labyrinth is certainly an eye opening take on two classic favourites. If you are curious to see what happens when Peter Pan actually does grow up, and how he manages to end up trapped in The Goblin King’s Labyrinth, hurry along to the Vaults near Waterloo Station. But don’t take the kids with you this time. Because Peter Pan’s Labyrinth is an adult panto. Besides, who wants to spend time explaining the jokes to the kids when you could be singing and dancing along with Ziggy Stardust instead?

Peter Pan’s Labyrinth is the same kind of unlikely mash up as the Sleeping Trees’ 2020 Moby Dick Whittington. Sadly, the 2022 combo isn’t quite as successful as the earlier production, even though it’s fantastic to see the Trees back on stage instead of in front of the camera. The inventive energy of the performances, the set and costume design (Maeve Black), and effortless rapport with the audience is still there. Sound design (Ben Hales) and Lighting Design (Clancy Flynn) are strong in The Vaults’ rather gloomy setting. Perhaps the plot problem is that Peter Pan’s Labyrinth really is about Peter Pan, and the Labyrinth part of the story mostly functions as a way of bringing on David Bowie in his fabulous wig and costumes. At any rate, Peter seems to spend a long time finding his way out of the Labyrinth, even if it is explained by the fact that he is now middle aged and unable to fly. Not even Kermit the Frog, and random appearances of characters from Guillermo del Toro’s Pan’s Labyrinth are of much help to a man who has lost his job, his flat, and the fairy who used to be his best friend. It is left to the Goblin King to take pity on Peter and get him to Neverland in time to stop an unfortunate wedding. You’ve probably guessed by now who gets to be the baby that the King takes as his reward.

Creaky plot apart, Peter Pan’s Labyrinth is loaded with sparkling gifts for the audience. The biggest gift is Dan Wye as Bowie, aka the Goblin King, himself. Wye almost steals the entire show. He’s too smart to play the role as pure drag, however. What we get instead is a very elegant, ironic performance all dressed up as an entertainer who can sing beautifully. It does honour to King Goblin, and it’s just Bowie-like enough to make us remember Ziggy and hope he’s somewhere cool, enjoying Wye’s performance. Wye has some serious competition in the trio of the Sleeping Trees, naturally. James Dunnell-Smith, John Woodburn and Joshua George Smith take on the roles of Wendy, Captain Hook, and Peter — and a whole host of unexpected cameos as well. The usual comedy mayhem ensues, and the audience is invited to join in often.

Peter Pan’s Labyrinth is a fun night out—not for the family perhaps, but the Sleeping Trees also have a family friendly show, Little Red Robin Hood, coming to the Battersea Arts Centre later on in the holiday season. In the meantime, you and your friends will get lots of pleasure from singing along with The Goblin King, and enjoying some fabulously punny cocktails at the bar. 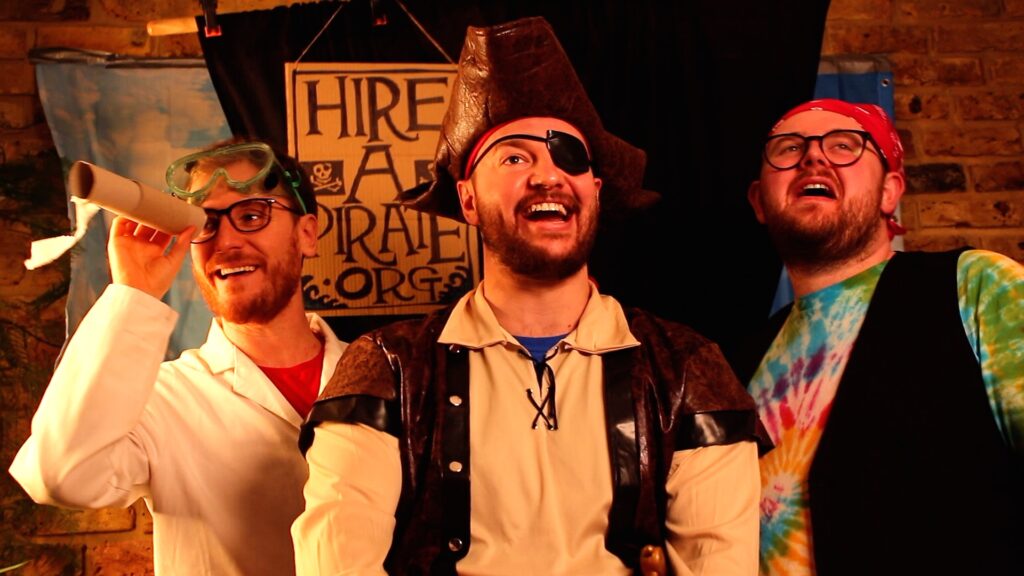