“a fabulous and thoroughly enjoyable journey”

If you are lucky enough to have a ticket for this sold out show you are in for a treat. If you don’t have a ticket try and get a return.

Kensington Palace is the venue and, when you arrive, you will discover that you have been invited to the birthday party of King George the Second. A feast of delights awaits you! Will you meet the King? Or maybe Queen Caroline? You will definitely see them, and you will also see Henrietta Howard, the Queen’s mistress, and a host of characters from the Georgian court. The Necessary Woman, played by the irrepressible Christina Ngoyi, will escort you to the entrance to the palace. She will probably explain that her job is emptying the many chamber pots that are scattered around. She will be shooed away by Deven Modha, as the Lord Chamberlain, the most important of the King’s staff, as he will no doubt inform you. You’ll pick up a glass of wine, and the revels will begin. At the bottom of a grand staircase you will suddenly by surrounded by a flurry of skirts and wigs as courtiers appear and mingle with the crowd. You will be taught how to bow or curtsy, and maybe hear some hints of scandal. Senesino, the renowned court musician and composer will play virtuoso violin and, later, you will hear his beautiful counter tenor as he sings an aria that echoes and floats down the King’s staircase. James Hastings plays him with such sublime talent, and such wonderful theatricality, that you won’t want the music, to stop. Some of you will be given a golden envelope and ushered away to visit the King’s inner apartments. I don’t know what will happen to the rest of you, as there are two ‘tracks’ to the show and two different experiences. One thing is certain; you will have a fabulous time, whichever way you go.

We were treated to some hilarious court mischief, exposed to factions supporting the King or the Queen, and invited to a salon, where the women of the court hosted such great thinkers as Isaac Newton to talk. Deborah Tracey’s vibrant Salonnieres and the fusty old fashioned Duke of Newcastle, brilliantly played by Richard Holt, disagreed about whether the earth is round of flat. On the way round the palace we come across the Countess of Hertford, a supporter of the Queen, who wears men’s clothing and raps up a storm. Lucy Reynolds clearly has fun playing her, and is a joy. We discovered that Lord Harvey is rather a naughty boy, especially when he is with Miss Vane – Stephan Boyce and Nadia Sohawon really are deliciously scandalous in these roles. And yes, we met the King and Queen and, of course, Henrietta Howard. Lavinia Co-Op is archly camp George II, and Miranda Heath and Yasmin Keita, as the two women central to this story clash and face off like two birds of paradise in a sparkle of jewels and a ruffle of feathers. But is it possible that this ‘Queendom’ could be united? is there, perhaps, another way of doing things? You’ll just have to go and see it to find out. If you can get a ticket.

The costumes are glorious, the wigs and make-up a flamboyant delight. And the music is divine. Susan Kulkarni, Victoria Stride and Patrick Neil Doyle respectively are a dream team of creatives. Nadia Sohawon’s choreography adds to the mix, which manages to be both historically accurate and contemporarily relevant, lit with touch of magic by Pablo Fernandez Baz. And all brought together into a fabulous and thoroughly enjoyable journey through one night in the Georgian court by director Christa Harris. Amid all the uproarious glee we learned a lot too. Unmissable. 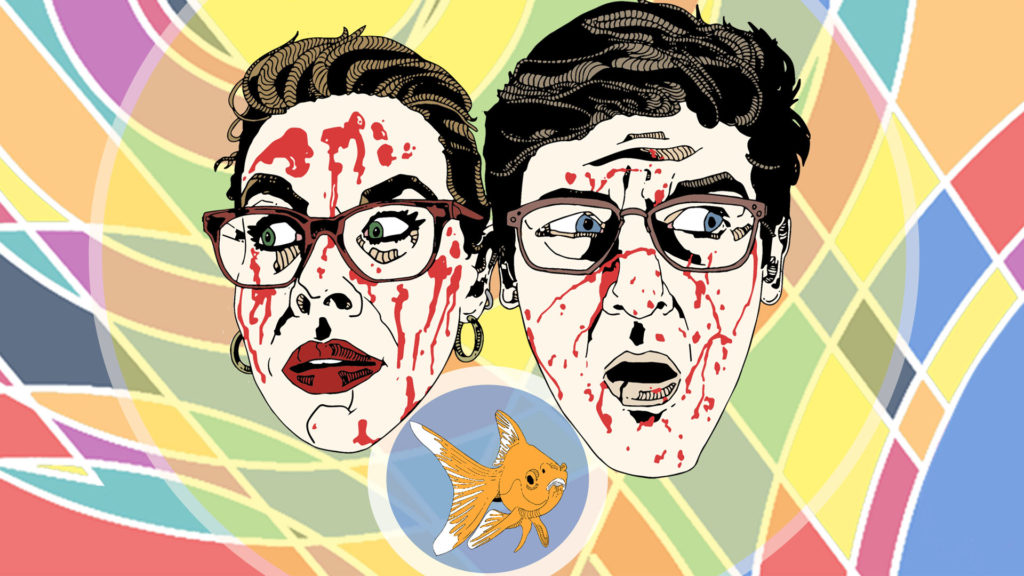