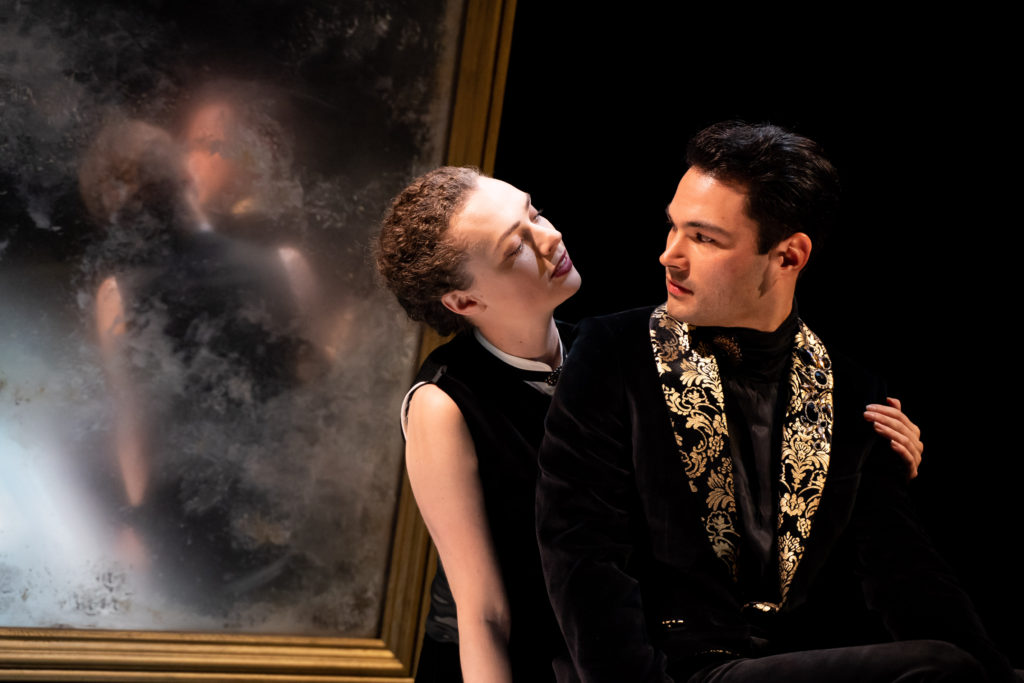 “The performances are uniformly excellent, but we do get confused by the excess of ideas that seem to be competing for attention”

It is tempting to see the pluralism alluded to in the title “Pictures of Dorian Gray” as a reflection of the multifaceted symbolism of the ‘portrait’ that forms the centrepiece of Oscar Wilde’s classic Gothic novel. Instead, though, it refers to the four different casting combinations. In the publicity blurb, you are invited to choose your picture. Sometimes the genders of the central characters are swapped. Director Tom Littler states in his programme notes that ‘it is fascinating to see the differences that emerge’, but also confesses that he ‘didn’t have a point to make’. Which is fair enough. “All art is quite useless” as Wilde famously proclaims in his preface to the novel. It is the prior claim I have issues with. Lucy Shaw’s adaptation is, indeed, fascinating; not because of, but despite the gender swapping.

In the performance I attended (“Picture B”), Stanton Wright played Dorian, led astray by the corrupting influence of Augustina Seymour’s Lady Henry Wotton. Helen Reuben portrays the artist, Basil Hallward, while Richard Keightley is Sybil Vane, the actor driven to suicide by Dorian’s cruelty. Keightley also presents the bulk of a fragmented narration that weaves in and out of the dialogue.

The performances are uniformly excellent, but we do get confused by the excess of ideas that seem to be competing for attention. Matt Eaton’s soundscape is beautifully atmospheric but does at times tell a different story from the one unfolding onstage. Similarly, the ongoing narration is often unconnected to the dialogue. What does stand out is the representation of the painting, and by extension, Dorian’s awareness of his crumbling soul. Lit from beneath, the portrait is a pool of water, shattering Dorian’s reflection with its ripples, and slipping through his fingers as he tries to grasp its meaning. When he hides the painting from the world, it becomes his own tomb.

It is a faithful telling of the story which retains much of the poetry, mirrored by William Reynold’s ethereal design – which lends a timeless quality. Yet at the same time the text firmly roots it in Victorian England; which jars with Dorian declaring he is intent on marrying a man. Ultimately the gender swapping is a distraction. The homoeroticism, masterfully suggested but heavily coded in Wilde’s novel, is paradoxically lost. Not because the real love triangle (that between Dorian, Basil and Henry) is seen as heterosexual in this translation; but because of the overt depiction of Dorian falling in love with a male actor. The mystery and magic are destroyed, just as a conjuror’s trick is diminished by knowing how it is done.

Nevertheless, this interpretation is, on the surface, captivating and beautiful to watch. Which is good enough for Oscar and honours his philosophies. Whether or not one is tempted to take a second look at it in another casting configuration is debatable. But definitely worth one viewing. Just don’t try to look too deep, for “all art is at once surface and symbol. Those who go beneath the surface do so at their peril” 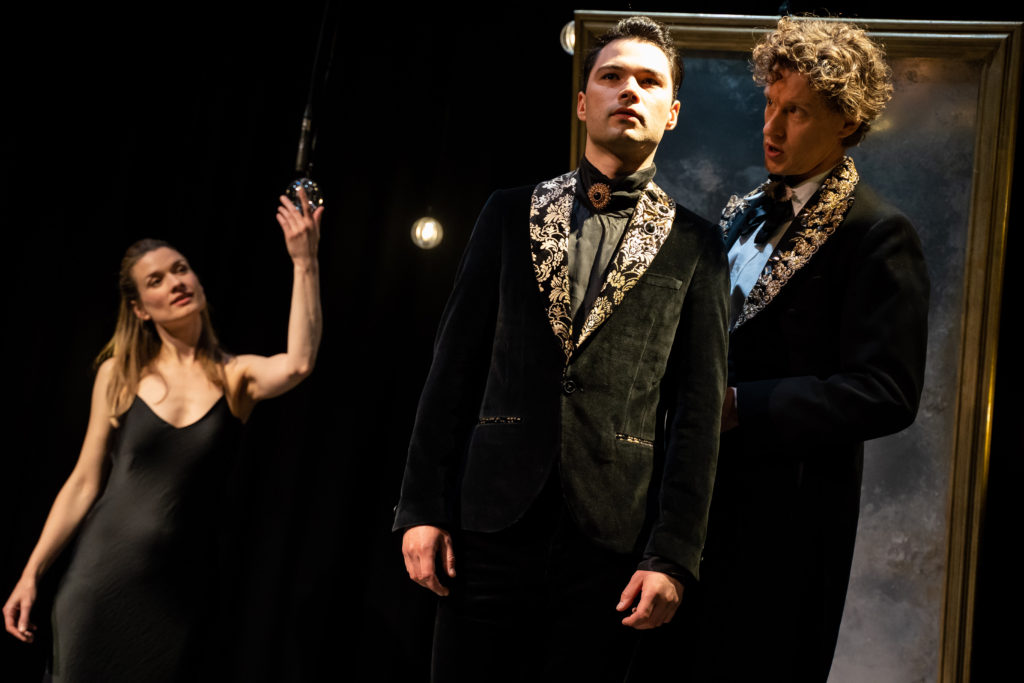