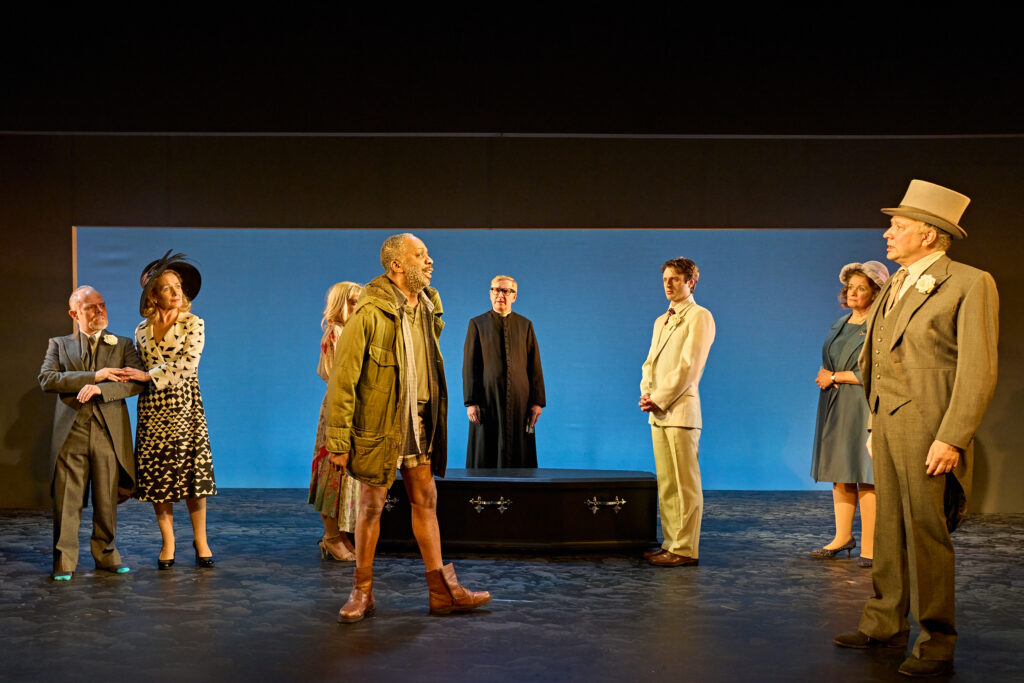 “some of the laughs are misplaced today, but with a nod to its self-mocking humour, there is no doubt it is entertaining”

There is a jet-black coffin centre stage throughout Patrick Marber’s staging of Alan Bennett’s seminal seventies farce, “Habeas Corpus”. Symbolic or not of whether this revival will survive the kiss of life Marber smothers it with, its prominence is a distraction rather than a subtle reminder of Bennett’s underlying themes of mortality. “Habeas Corpus” is a play with two personalities; at once naturalistic, even touching the human chord, yet at the same time, a farce. The quiet, introverted musings on life are nearly always drowned out by the brash energy and seaside naughtiness of the comedy.

And energy is what this production certainly has, the key ingredient of farce – along with the extra marital shenanigans, mistaken identities, absurd situations, challenged respectability, and characters without their trousers. We are in GP Arthur Wicksteed’s home surgery in Hove. Richard Hudson’s blank, stark set allow us to imagine the draping of misogyny and sexism with which the doctor has furnished his house. We are introduced to the players by Ria Jones’ Mrs Swabb. Wicksteed would be a far more successful physician if he pursued his career as diligently as he pursues women. His wife, Muriel, is more assertive while his son is a timid hypochondriac who uses a fake terminal illness as a chat up line. Enter Connie, who has ordered a false pair of breasts to boost her confidence. Lady Rumpus is an expatriate, colonial figure, protective of her daughter Felicity while Canon Throbbing is a frustrated celibate who… well – his name says it all. Then there is Mr Shanks who arrives to fit Connie’s breasts, Sir Percy Shorter, a leading light in the medical profession out for revenge and Mr Purdue, a sick man who hangs over the proceedings like (and sometimes in) a noose.

Jasper Britton adds a bit of charm to his dated salaciousness. There is enough irony there to forgive him (the actor rather than the character). Catherine Russell’s Muriel has a light-hearted sparkle that occasionally flickers to reveal a more profound hurting. Kirsty Besterman is a joy to watch as the ‘spinster’ who believes the only way to a man’s heart is through her body; a tenet that is constantly reinforced by the men in the piece. Mercifully the entire cast play on the dated perceptions and, again, we forgive. The sheer entertainment value carries us along.

The sensation is like revisiting, after many years, a favourite pub that has since been refurbished. The new décor clashes with the fondness of memory. Marber has added a few twists that jar. Occasionally the poetic language bizarrely morphs into surreal song routines. The sadness and the cruelty behind the comedy are more hidden than they should be. Yet nostalgia is unreliable. Perhaps Bennett’s text was flawed back in the seventies. Perhaps not. Perhaps it still isn’t, and it is the times we live in that force us to judge it unfavourably. But that is another debate. If “Habeas Corpus” is a farce it certainly fulfils its purpose. Yes, some of the laughs are misplaced today, but with a nod to its self-mocking humour, there is no doubt it is entertaining. We just need to avoid politicisation for a couple of hours, be aware that all concerned have their tongue in their cheek, and enjoy. 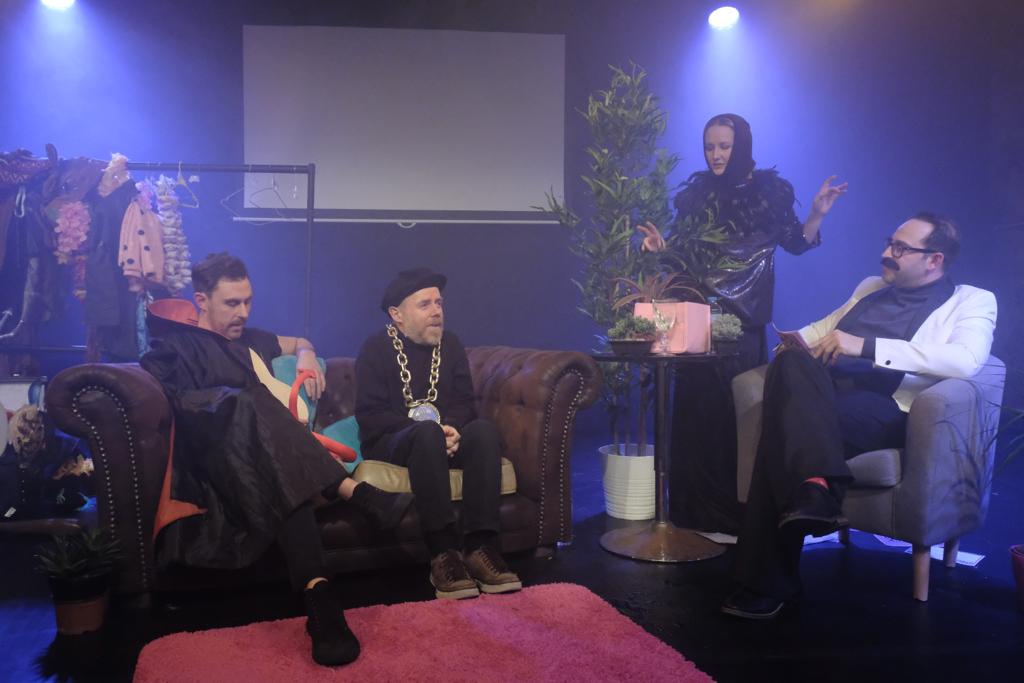 “By the end of the hour-long performance, the format had become somewhat repetitive”

The Vaults as a venue promises a quirky and original viewing experience, while the play fitted perfectly with the venue’s vibe, it slightly missed the mark. Although not quite a laugh a minute, it was funny and quick witted.

Upon entering the space you see a keyboard in the corner of the room, the man on the piano performs gently while a heavy mist rolls in; some of the set is still being placed and you begin to question whether the play has already begun or if the venue staff haven’t noticed the audience enter? This casual approach to the performance continues throughout.

The premise itself is simple, this is a chat show hosted by one Toby Vanilla. The audience provides suggestions for magical creatures and the cast improvise a character based on the name. These can be existing fictional characters or something made up on the spot. In this instance, the show opened with the appearance of a Dalek.

Creating situations to explore, the host guides the improvisation that ensues. While no character particularly stands out, without a very capable actor playing the role of Toby Vanilla, the performance would fall apart. He engages with the audience, holding their attention, allowing the performance to adhere to some kind of structure.

There was no denying that the piece was at times comedic, with moments where the whole audience was in stitches, but it just not consistently funny. By the end of the hour-long performance, the format had become somewhat repetitive.

How to Date a Magical Creature was a mostly enjoyable performance with some very talented comedy actors. However, without some development in its format, it is not a show I would actively seek out again.