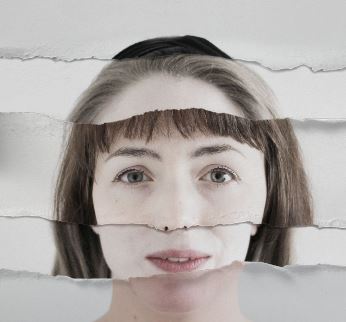 Ugly, written by Perdita Stott and directed by Danae Cambrook, explores the notion of beauty and ugliness – from being ‘conventionally attractive’ to the ugly words that children throw at each other on the playground. The play is made up of several vignettes of the lives and experiences of different people. They are primarily women but there is also some brief consideration of societal pressures on feminine and homosexual men. The audience follows these people through their everyday lives – working out at the gym, attending social events, navigating school life etc. – in an effort to understand the dangerous fostering of self-loathing that seems almost inevitable in our image-obsessed society.

Five women make up the cast of Ugly: Eve Atkinson, Shereener Browne, Samantha Bingley, Hannah Marie Davis and Orla Sanders. The quintet works well together, and they all move effortlessly between their different characters. Five actors are more than enough for this production and at times the stage did feel quite crowded.

Shereener and Bingley are particularly strong, and the latter has some wonderfully emotive scenes as a little girl desperately trying to gain the approval of her overbearing mother. Bingley also lends her voice to some impressive solos which play on the idea of the perfect Disney princess.

However, some more variety in the cast would be appreciated such as a ‘masculine’ woman, a lesbian or another person of colour. As a black woman, Shereener explores the effect that the lack of representation in the media can have on a young child. These scenes were some of the play’s strongest and it would have been an interesting to have perhaps had some scenes where an Asian woman considers the frequent fetishisation of her race and its relation to feeling desirable.

The performance starts off a bit slow, but the cast seem to find their feet by the second half. A nice thread throughout the play is the five women stating how old they were when they first thought they were ugly. The ages are tragically low, ranging from ranges from six to ten. It is nice that a more obviously personal element is included in the production as it is not always clear what other monologues are based on reality.

There are also several moments throughout the performance where the production seems to be drawing to a close which makes its continuation slightly jarring. The finality in which some conclusions and advice are delivered cause some disjointedness. Ugly is highly ambitious in its subject matter but it is too much for its hour running time.

The set consists of a few chairs and low tables peppered with fashion magazines and candles. There is not much need for anything more elaborate than this. Props are used well especially a set of aprons which double as both towels to wipe away sweat after a workout and a feature in a repeated dance sequence that separates scenes. There is some strong choreography (Nadine Chui) elsewhere in the performance, most notably, a ballet dance by Davis.

Ugly does not shy away from a plethora of difficult topics and this is to be admired. However, some more exploration of lesser considered issues and a homing in on key messages would go a long way in elevating this production. 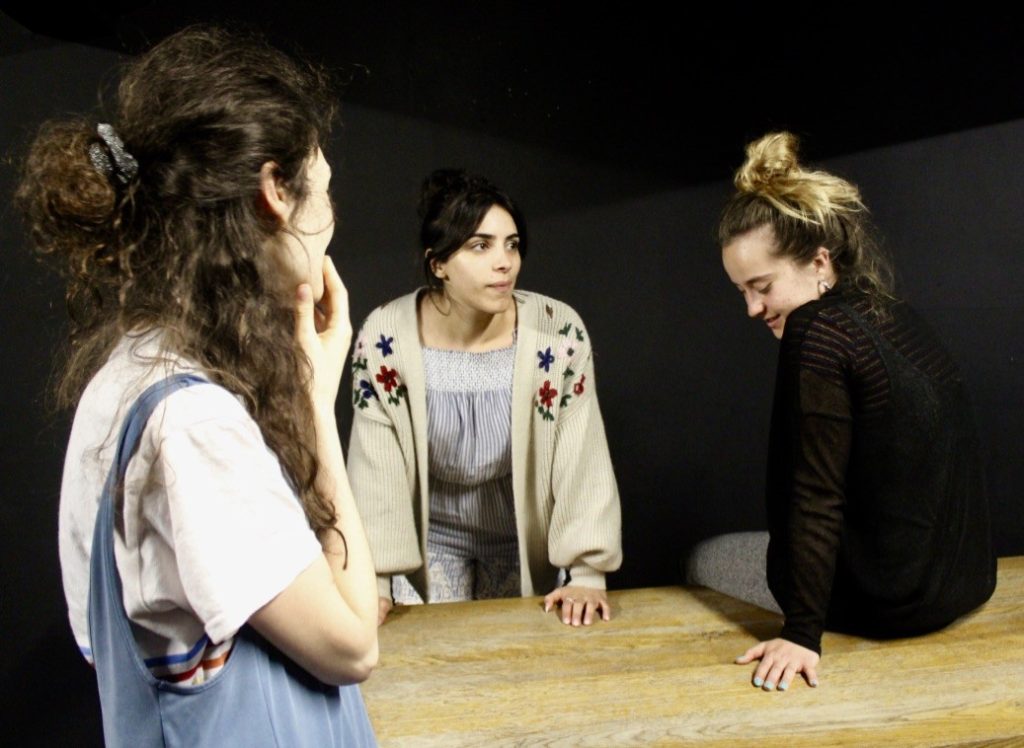 ‘Everything Today Is the Same’ is set in a room. A room that its inhabitants haven’t left for as long as they can remember. They don’t remember much about the old place. Only that it was awful and it is safer in here. As one inhabitant rationalises: “Why did we get trapped here in the first place if everything was so wonderful out there?” But now the food is running out and one of them is getting a feeling like memory, and they have a decision to face.

Visually, the piece looks really cohesive under the watchful eye of Danäe Cambrook’s direction. The three performers are clad in blueish-green clothing, a colour scheme echoed in the rug and their food and drink. A yellow jumper and yellow washing up gloves add vivid pops of difference.

It is always difficult starting a play stuck in one place. As an audience we know there are really only two options, and the latter most likely can’t be explored until the end of the play. However, this is a really interesting – if not entirely original – premise created by writer E. C. Mason, but it unfortunately isn’t fully consistent in its construction. Mason creates alternative language for certain things, a lovely touch but it begs the question, why some words and not others? They lack the language for sex but have the language for almost everything else. Mason’s writing has a tendency to tell more than show – we are often being explained to – and this is something that translates into what is happening onstage. There is too much demonstration.

From the beginning of the play, Klara Kaliger, Esra Alma and Hester Tallack (the three inhabitants) are acting too much, sighing and sweeping, to create the normal of this space which they are stuck in. This is a wonderful opportunity to play with stillness and boredom onstage that is not taken. Later on, they suffer from almost the opposite problem. The energy when it’s there is really successful, but it drops too regularly between sentences making the dialogue feel stilted, losing its flow. The writing doesn’t help create this flow for the actors. Structurally it seems to go back and forth and as a result can feel repetitive.

There are, however some fantastic moments: the physical violence in the small space is incredibly powerful and claustrophobic, the stillness and time given to the recovery after this incident works really well. The problem of conflict in a limited space which no one can leave, is explored in a very interesting way and could be explored further. The new world game and the surrealism involved in that was another highlight, beautifully written and vividly created onstage. The relationship between the three is nuanced and moving, and the dark, morbid humour that they have developed towards each other in this space is a really interesting facet of the writing. I would love to see this pushed further.

Ultimately there are some really exciting moments in this play which explore conflict, language and friendship, but the piece lacks consistency both in its writing and in its performance.

Katzpace Studio Theatre until 29th May