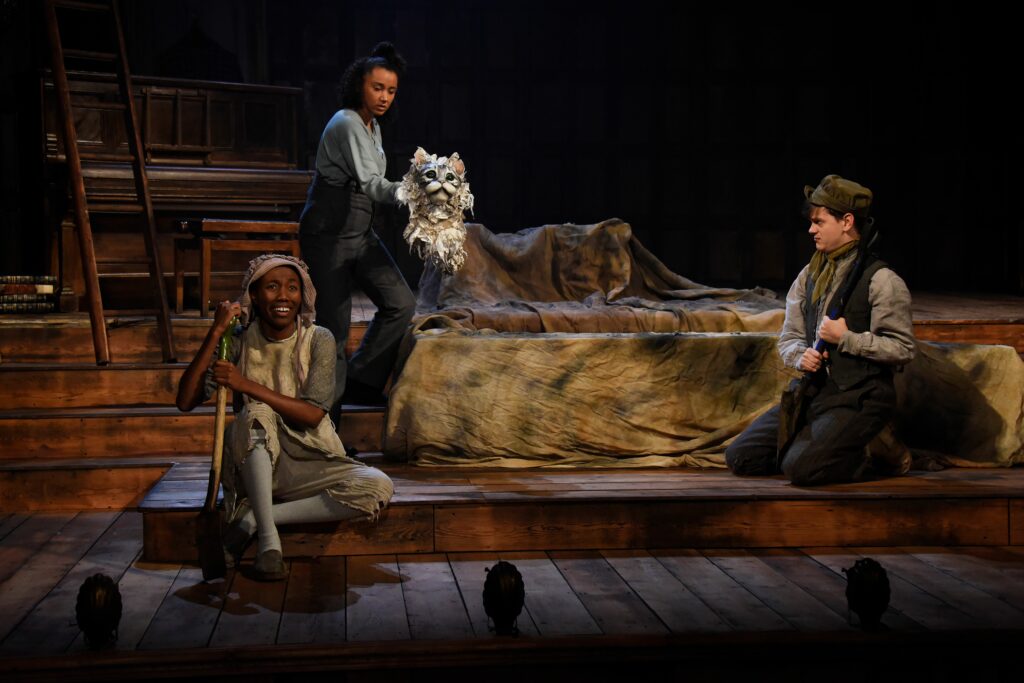 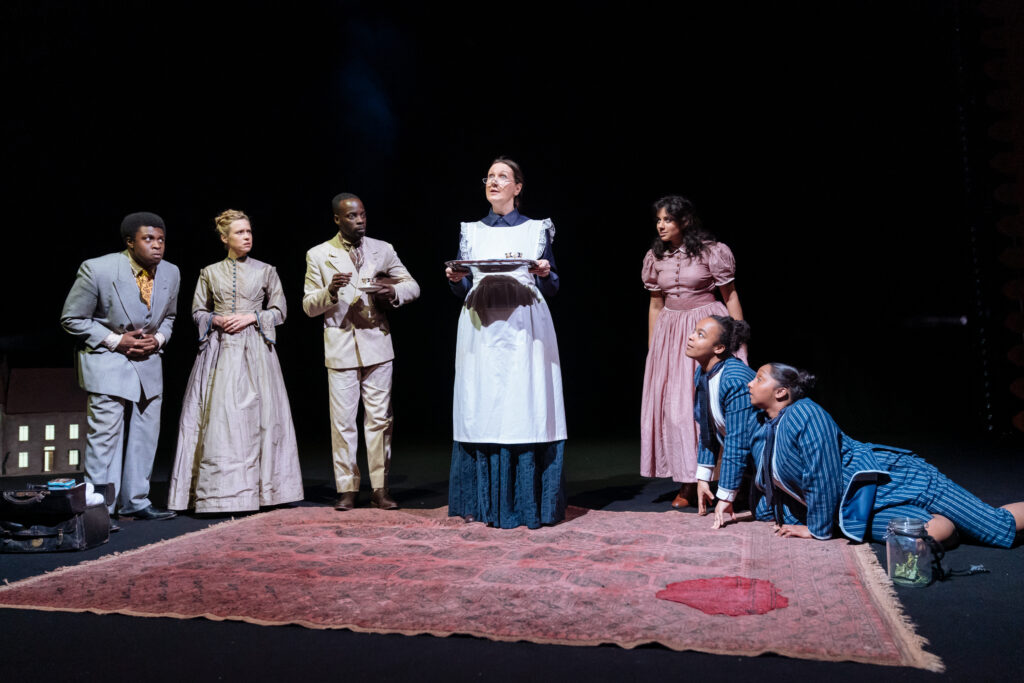 Oscar Wilde’s 1887 short story is given a 21st century makeover at one of the capital’s leading theatres for young audiences.

Diplomat Hiram Otis is posted to England with his rabble family. They rent an old Gothic mansion that turns out to have a resident ghost, one Sir Simon Canterville. Attempts to spook the Otis’s by Sir Simon are ignored by the streetwise New Yorkers and this ghost who has been looking for a resting place for over three hundred years is in utter despair, until baby of the family Virginia, takes him seriously, listens to him and helps solve the riddle that will allow him to rest in peace.

This tale is presented with the aid of illusion and magic, Sir Simon having his head under his arm, objects appearing and disappearing, flying furniture and even a body being sawn in half. A simple set (Rosie Elnile) consisting of a blood stained carpet, two large tables and a model house symbolising the mansion are all utilised to the maximum and moved about with an impressive slickness. Lighting (Prema Mehta) is immensely impressive, the windows in the model house all lighting up and the illusions neatly disguised.

This is a highly amusing adaptation, every neatly constructed line seems to contain no words with less than six syllables and the characterisations are pitched perfectly for a young audience, with the humour appreciated greatly by the children, without it being childish. This is a thoughtfully directed piece by Justin Audibert, a huge amount of energy has been injected into the play and so much of the action is delivered with a real flourish.

All the cast are strong, the twin boys, played by girls (Rose-Marie Christian & Mae Munuo) always in unison, Nathaniel Wade enthusiastically playing elder son Washington who is inventing a hat containing an umbrella and Safiyya Ingar charming as green fingered Virginia. Maple syrup loving Dad (Nana Amoo-Gottfried) and interior designed obsessed Mum (Beth Cordingly) are spot on with their relationship and handling of their slightly troublesome offspring. Paul McEwan has a ball playing Sir Simon, I was concerned that the way he slurs a lot of his lines could make it difficult for youngsters, who are hanging on his every word, to decipher what he’s saying. Annie Fitzmaurice as the Scottish housemaid is a positive delight, it was like lifting Private Frazer from Dad’s Army into a female body, all doom, gloom and threats of varicose veins, she was hilarious.

The pace slackened a little in the second act, but the packed audience, consisting mainly of children, absolutely loved it. The young lad sitting next to me rushed back from the interval and announced that he couldn’t wait to see what would happen next.

With Unicorn’s magic and a ghost, I think that this spirited show in London Bridge is going to bring a smile to a good many people’s faces over the next few weeks and is perfect material for all the family.