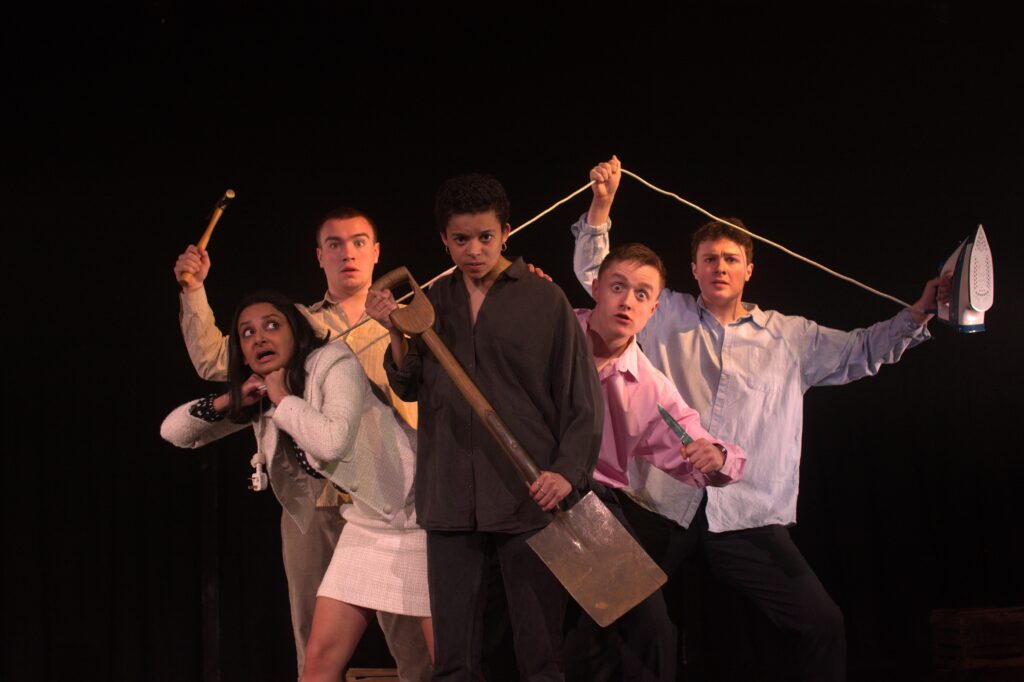 Murder on the Dancefloor

“this is a night of great music, played loud, and more clever physical dexterity than you can shake a stick at”

You could argue that not enough is made of the slough of oddness into which university leavers find themselves plunged on graduation. Returning, in many cases, to parental homes and familiar faces who have both not changed and changed very, very much is bound to be unsettling. First world problem it may be (and that does make it a little hard to feel too sorry for Murder on the Dancefloor’s main characters), but certainly one that invokes some flux, and it’s this that this production makes a focus – with a sinister outcome.

We meet the graduates back in their home city, convening around pub quiz machines to swap notes on jobhunting. Ollie Norton-Smith’s script rattles along at such a quickfire pace that it’s sometimes hard to keep up, and occasionally, as the plot unfolds, important twists and turns can be easily missed. The thrust is clear, though; Sabrina, played with great vigour by Phoebe Campbell, is all at sea, back at home in dead-end jobs and living with her hated brother and lecturing dad (Tullio Campanale, who is a quiet hero of the piece here, turning his hand to his two roles with alacrity). Just how lost these post-uni souls are is clear; on noting that it’s sad not to know what happens next, Sabrina tells her friend that it’s a job, a home, a future. ‘But that’s on us’, Bonnie (Francesa Thompson) reflects mournfully.

The choreography of this piece is extraordinary, especially in the tight space of the Pleasance and with audiences wrapped around on three sides – although more could be done to keep sightlines clear for folks sat at left and right. The cast’s running, dancing, flowing around the stage is positively mercurial; props to Zak Nemorin’s dance choreography. The physicality is commendable, and surely absolutely exhausting, but it risks becoming repetitive and the snappy run time here feels right, if nudging towards overlong for what turns out to be a slightly flimsy plot.

Murder on the Dancefloor is billed as a black comedy, and there is the odd laugh, but that doesn’t feel like it quite cuts it as a description. The script isn’t quite funny enough to call this a true comic piece, and lacks the emotional depth to make for truly powerful physical theatre. It’s a shame this falls between two stalls, as there’s much to recommend the night. All the acting and movement on display is impressive, with some clever moments of direction from Ollie Norton-Smith; a scene where Sabrina reminisces over an old photo album is especially neat. And the soundtrack is such a presence as to feel like it’s another character on stage; a Spotify playlist must surely follow.

This is a cast brimming with talent, executing some really notable choreography. Ultimately, their performances are undermined by a flawed narrative, with the closing plot twist so damn silly as to make a bit of a mockery of any moments of emotional heft that preceded it. That said: this is a night of great music, played loud, and more clever physical dexterity than you can shake a stick at. And there’s a lot to be said for that.

Murder on the Dancefloor 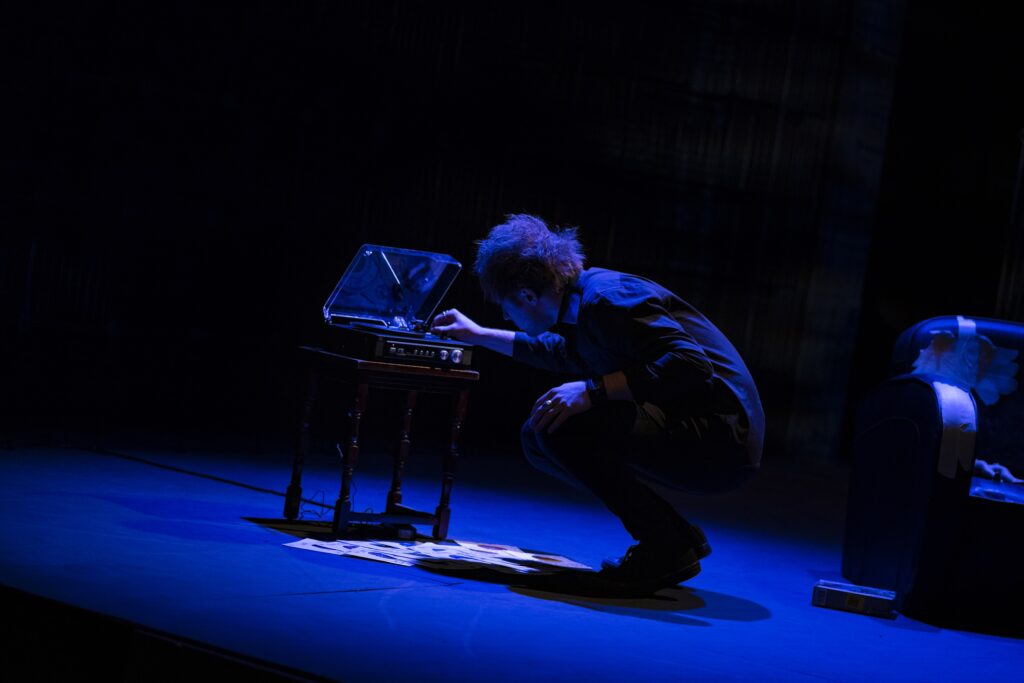