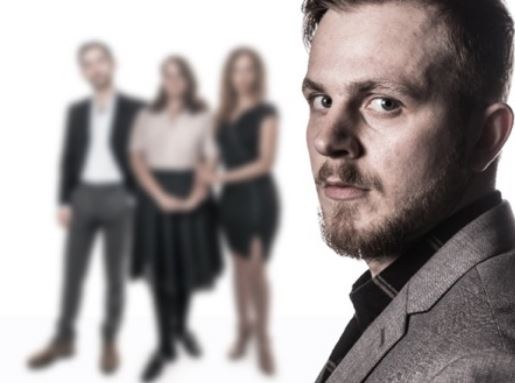 Look Back in Anger

“In a brave attempt to revive this monumental classic, Big Boots Theatre Company has left behind the very context which makes the characters who they are”

John Osborne’s ‘Look Back in Anger’ changed British theatre almost overnight. In a post-war culture of deference, audiences who had enjoyed the comfortable entertainment of Coward and Rattigan were to be challenged by a generation struggling to find their place and purpose. Through his protagonist, Jimmy Porter, Osborne’s articulate ranting demonstrates the resentment, frustration and helplessness of the new, state-educated lower classes who now had the knowledge, perception and language to break into the world of the privileged. Threatened by untethered feelings, the literary upper class scorned this ‘scum’ who dared consider themselves worthy of expression. But Osborne had already paved the way for the future writers.

Director, Sebastian Palka’s, interpretation of the script steers away from the theme of anger, offering perseverance, striving and non-conformism instead. However, the outcome is more of a picture that the world is unfair but life goes on. Rather than the aggressive vehemence normally associated with Porter’s outrages, James D Fawcett’s Jimmy tends towards the menacing coolness of a psychopath. He raises his voice only a handful of times and comes across as disengaged with the external influences and attitudes which are what is fuelling his hatred. His unpredictable mood swings are essential to show the traits which make him attractive. From Alison, played by Rowan Douglas, we get a confusing lack of reaction to the negative comments thrown at her by her husband. There is no seething silence as she irons his shirts or sense of loss or even relief when she leaves. In addition, her friend Helena (Holly Hinton) is played with such a Wildean extreme of properness that Alison appears not particularly upper class. Cliff (Aaron Bennett) is the most sympathetically watchable but hardly develops during the play. His devotion to Jimmy at the beginning must be noticeable to understand why he feels ousted when Helena moves in. Their play-fighting and dancing should be a release of tension and reinforcement of their friendship, not awkward stage directions. Jimmy Porter’s anger is a symptom of ‘the system’ and his own personal wounds. While he attacks those closest to him, they, in turn, should reflect the qualities which attracted them to him. Unfortunately, this production fails to create any convincing bonds and the effect is an underwhelming story of relationships.

The set design (Marta Anna Licwnko and Tina Torbey) is thoughtful in its detailed impression of things being askew – the asymmetrical window, slanted shelves and fragment of a bed. But, trying to update the present political agenda with a pile of ‘Metro’ tabloids representing the ‘posh papers’ is to misunderstand the dilemma faced by the likes of Jimmy and Cliff, the intellectual misfits.

In a brave attempt to revive this monumental classic, Big Boots Theatre Company has left behind the very context which makes the characters who they are and, consequently, gives the play its emotional tenacity. It is a huge ask for emerging young actors to take on complex roles like these. Anger is a powerful, untenable energy which inevitably needs to be unleashed. Yet the cast never really let go and abandon themselves to the passion and fury which made ‘Look Back in Anger’ the landmark it is. These raw emotions and biting attacks on society are why it changed British playwriting. Without them, it’s missing the point.

Look Back in Anger 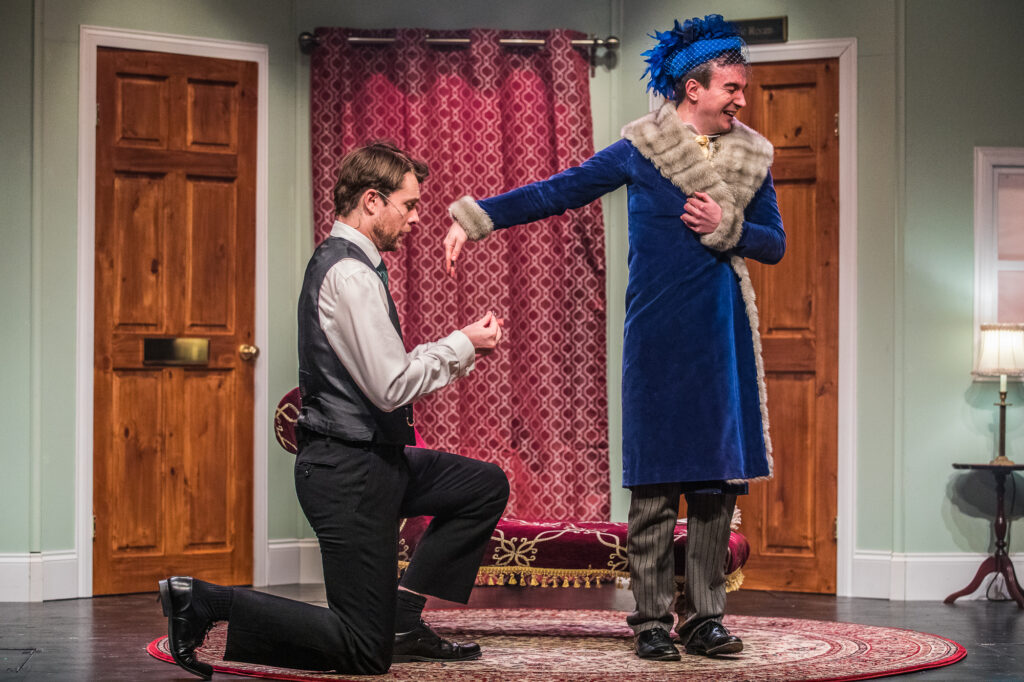