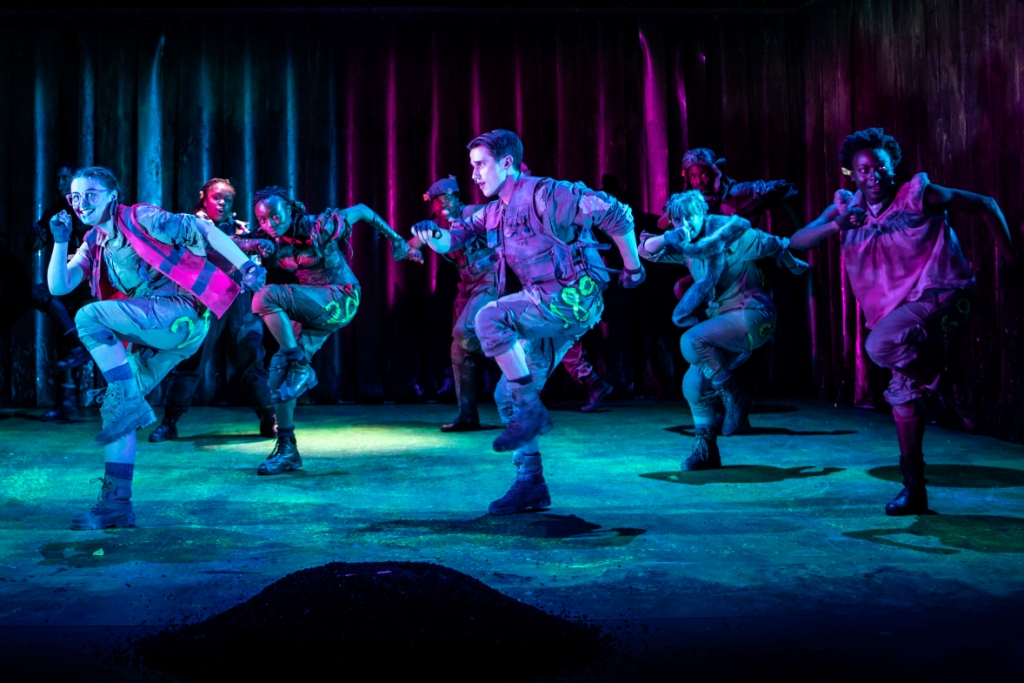 The Royal Theatre in Northampton re-opens with a superb production from the National Youth Theatre REP Company of George Orwell’s fairy tale/allegory adapted for the stage by Tatty Hennessy.

We are introduced to the main players with a recorded voice-over (Will Stewart). Each animal has been clearly well workshopped and is meticulously caricatured. There is no wearing of animal masks, and little crawling on all fours. Base costumes (Jasmine Swan) are adorned with small signifiers: the pigs wear pink gilets; Minty the sheep, a white tutu and woollen bobble hat; the horses, brown leather belts and straps.

The simplicity of the set (Jasmine Swan), a backdrop of hanging plastic strips, allows the flexibility of multiple entrance and exit points and when the light catches their mud and dirt it gives a looming feeling of the abattoir. Generally effective lighting (Zoe Spurr) includes the dramatic landing of a helicopter, sensational backlit scenes to cast warning shadows and the occasional dramatic use of colour.

Director Ed Stambollouian intersperses full ensemble pieces with scenes focusing on individual characters where each animal gets their turn in the limelight. Each animal could carry more of the story, but all animals are not equal. Napoleon (Jack Matthew) is the main man (pig!) – the self-proclaimed leader of the Revolution. His transformation from pig to man-equal is the more impressive as he fights the animalistic urge to slip back squealing into the mud. Squealer (Matilda Rae) is the political spin-doctor, beautifully conniving and deceitful. The carthorse Boxer (Will Atiomo) with his maxim of “I will work harder” shows fine vocal colour and excellent physical movement. Much of the narration falls upon the mare Clover (Adeola Yemitan) who shines in her poignant personal scene.

The full ensemble scenes are rhythmic and physical (choreography by Vicki Igbokwe) with inventive and ingenious uses of buckets and ladders although handling of the latter sometimes appears clumsy in the close confines of the Royal stage. The hip-hop dance scene counting the seven animal commandments particularly stands out and the singing of the anthem Beasts of England (Composer John Elliott, Musical Director Jordan Clarke) would not sound out of place sung from the barricades of another revolutionary stage show. Whilst the initial Revolution seems too easily won, the Battle of the Cowshed is brilliantly portrayed: animals in formation across all angles of the stage defeat the cartoonish Farmer Giles with kick-ass action (Fight Director Enric Fortuño).

The second half does not sustain the dynamisms of the first as the size of the ensemble reduces, but it does include the most unsettling scene of the evening involving the worrying use of metal pails which evoke shades of the Lubyanka and Guantánamo.

The writer hopes in her programme notes that the show will make us angry. We clearly see how the hard work of the proletariat is exploited by the autocracy, how the honesty of the workers’ revolution is betrayed by its leaders. We see the lies and scheming of politicians as they push through their own vanity projects, air brush history, and steal from the populace… But after seeing these multi-talented young actors tell this compulsive and provocative story on stage I came away primarily with a satisfied feeling that such stories are once again being told. The anger can come later.

Royal and Derngate, Northampton until 22nd May

Reviewed this year by Phillip: 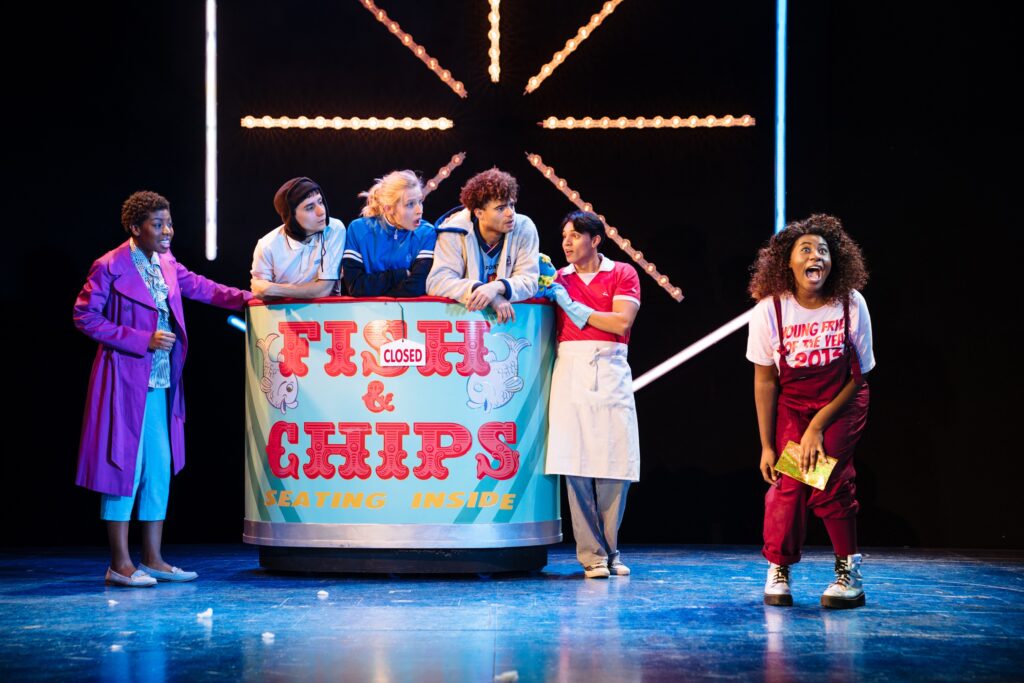 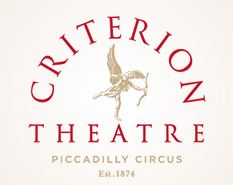