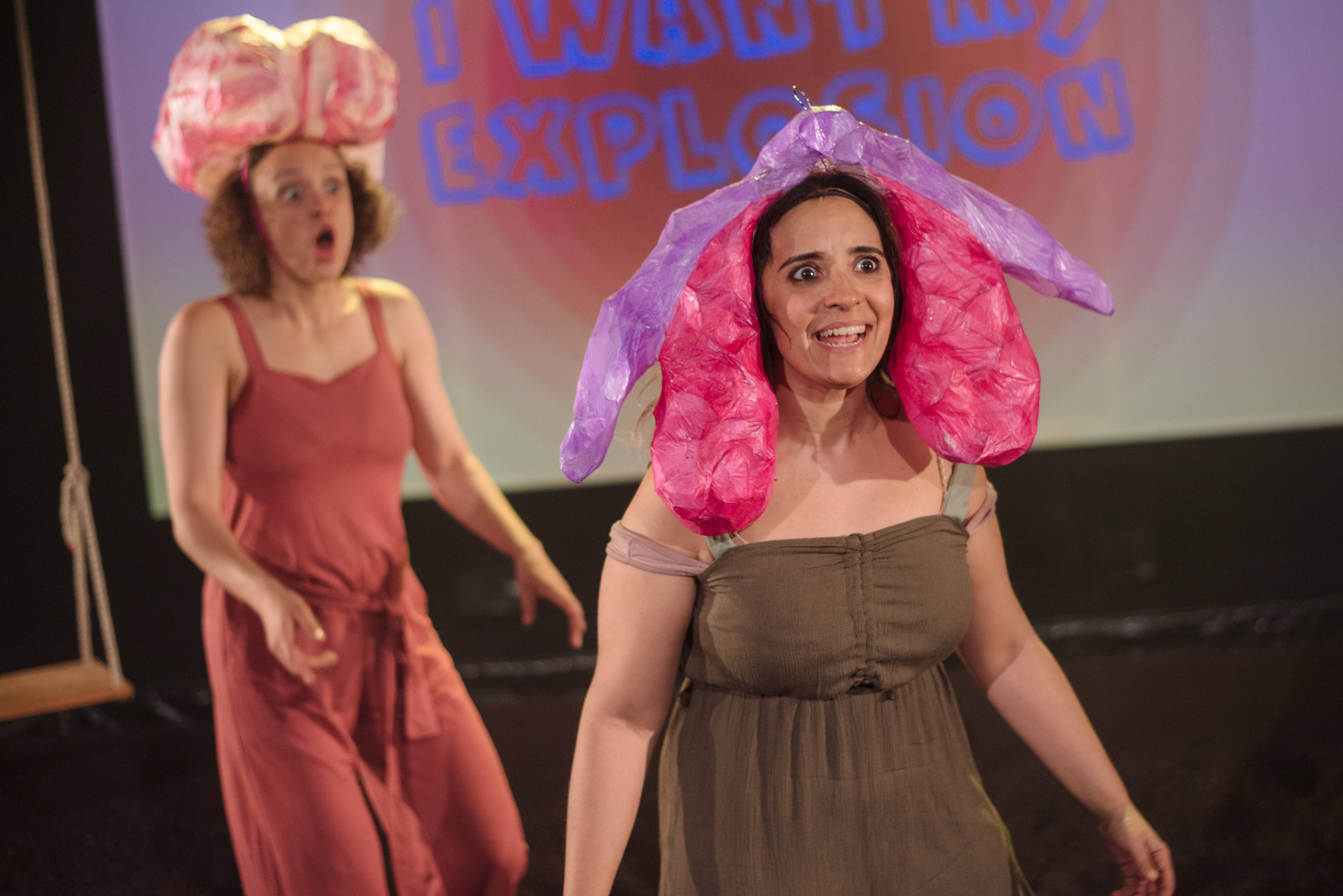 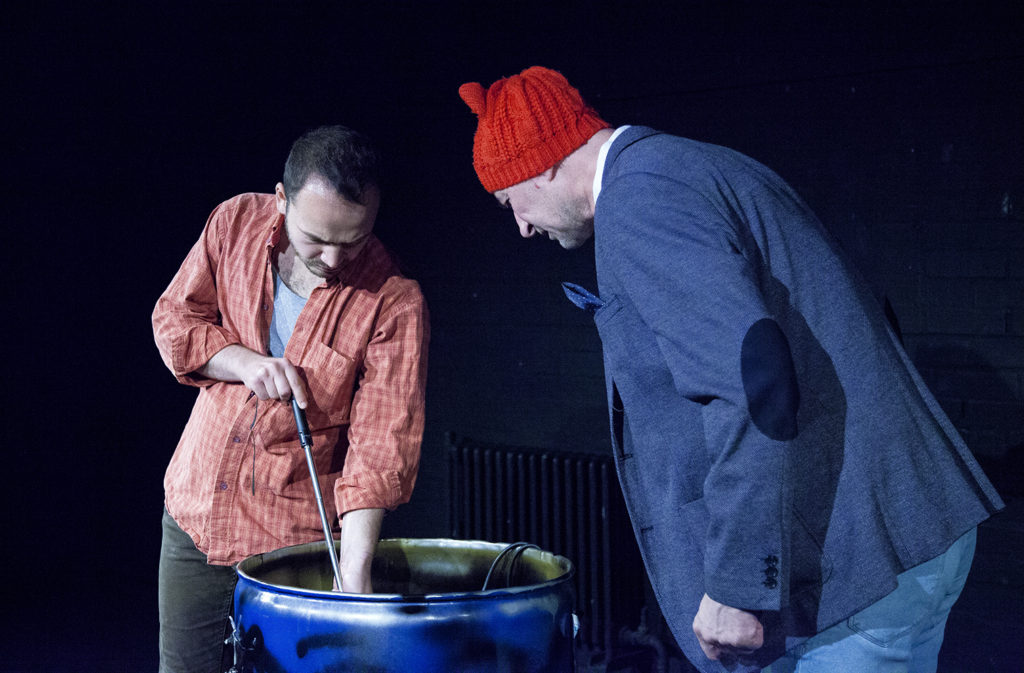 A Pocketful of Bread

Two men are asleep on the ground. The floor is littered with pebbles. In the middle of the stage is a barrel, or our well. At the bottom of the well is a white dog. The white dog has been barking since this morning. When two men discover the white dog they are outraged and cannot decide what to do. ‘A Pocketful of Bread’ is a highly topical and relevant investigation into a culture where people are quick to criticise but far slower to do anything about it, and the play is characterised by a strange and sadly recognisable combination of outrage and inaction.

The piece was originally written in Romania in 1984, though this production goes some way to modernising it. Man with Cane’s cane has been replaced by a selfie stick and their clothes are generically contemporary, however the selfie stick is used clumsily and without conviction rendering it out of place in the narrative. More focus on confidently drawing these contemporary parallels is necessary, or alternatively allowing the evident relevance of the words to suffice and creating a timeless setting for the play.

Matel Visniec’s writing, translated and adapted by Gabriel Mansour, Ana Nanu and Anne-Sophie Marie is beautiful, at moments bordering on the poetic. It is delivered by two very assured performances by Ross Mullan and Gabriel Mansour. Mullan brings a wonderful energy to the play, and Mansour’s brooding manner feels particularly appropriate to the narrative.

This play has really strong ingredients across the board but struggles to create a cohesive whole. It seems to jump between genres, drama, farce, surrealism in a way that makes these changes feel jarring. Finding more humour and surrealism early on, which could possibly be accessed via pace, would ensure these transitions do not take us out of the play world, and the play as a whole would have a much stronger impact. Furthermore an earlier introduction of surrealism would make it easier to accept the many unanswered questions such as why these men are both here, whose dog this is, why they begin the play asleep then sleep alongside each other later in the piece. Establishing a sense of absurdity early on would allow for more flexibility to play with these questions, without the onus being placed on finding an answer. The ending, however, is beautiful, simple and inexplicable.

‘A Pocketful of Bread’ is a really promising piece, well delivered, and beautifully written that needs to spend some time playing with genre in a more cohesive way.

A Pocketful of Bread