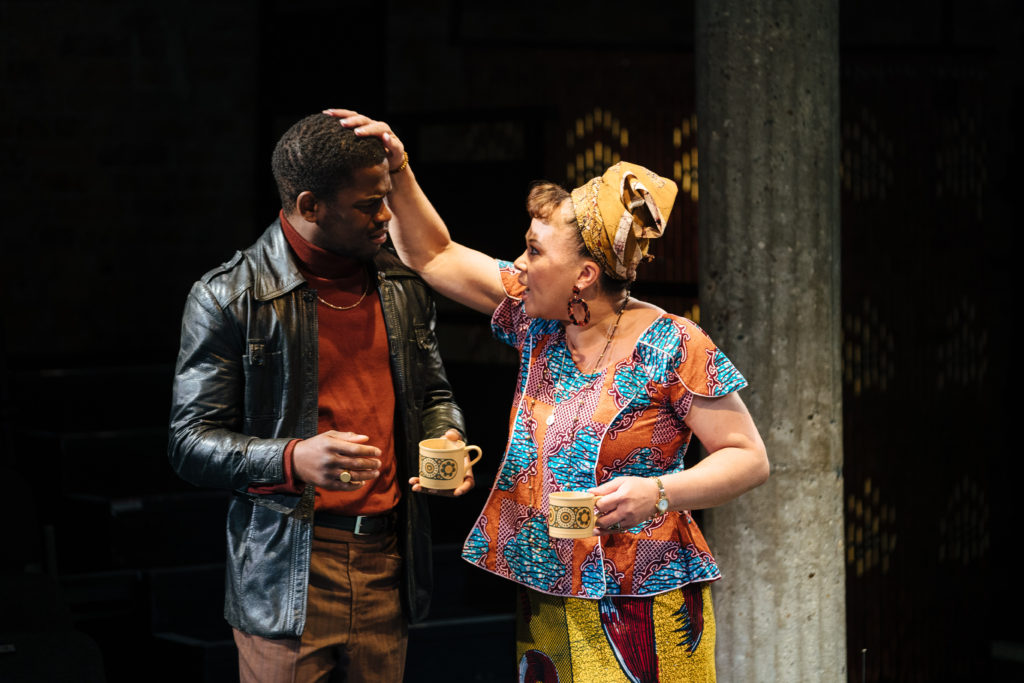 “Despite the lengthy playing time of this production, the audience was spellbound throughout”

In the wake of the Windrush scandal, it is a timely and welcome decision by the Bush Theatre to revive Caryl Phillips’ Strange Fruit. Written in the early 1980s and set at the same time, this intense family drama presents the story of a West Indian woman and her two adult sons as they confront the legacy of their past in the Caribbean, and an uncertain future in Britain. For Vivian, the mother, the past is a wrenching memory of a flight with two small boys, away from an alcoholic, abusive husband. Intelligent and hard working, Vivian sees Britain as a place where she can raise their sons in an environment that offers them safety from their father, and more educational and economic opportunity than can be found in their former home in the Caribbean. It is a dream that, at the very moment of fulfillment, turns into a nightmare.

Alvin, the older son, now a university graduate, has just returned from his grandfather’s funeral in the West Indies. Errol, his younger brother, is dreaming dangerous dreams of going to Africa with his pregnant white girlfriend, to become a “freedom fighter.” Meanwhile Vivian herself is continuing to work long hours as a teacher, without the promotions and recognition that her white colleagues, less experienced than she, have won. Her sons focus, not on her sacrifices for them, but on her failure to tell them the truth about their father, and cutting them off from their Caribbean roots. This is truly the story of a family caught between cultures.

As a young writer in the 1980s, Phillips handled the challenging material of Strange Fruit with the assurance that one would expect from a writer who later became an accomplished novelist. Despite the lengthy playing time of this production, the audience was spellbound throughout, a credit to Nancy Medina’s slick direction. Rakie Ayola as Vivian gave an accomplished performance, and she was ably assisted by Debra Michaels playing Vernice, her loyal West Indian friend and neighbour, who has resolutely hung onto the accent and the clothes of the Caribbean. Tok Stephen as Alvin gave a really outstanding performance as the son who has to confront the past that his mother fled from, and who returns to Britain determined to make a difference to his community if he can.

The only weakness of this triumphant revival is the set. Designer Max Johns created a minimalist, carpeted set with a square depression in the centre, almost like the so called “conversation pits” that were fashionable in American homes in the sxities and seventies. For a naturalistic drama like Strange Fruit, the decision to stage it in the round on this set has the curious effect, not of creating more intimacy, but of distancing the cast from the audience, and making the confrontations more muted. Other than that, this is a satisfying production. Recommended. 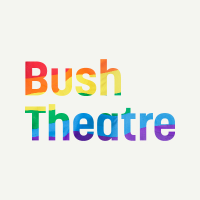 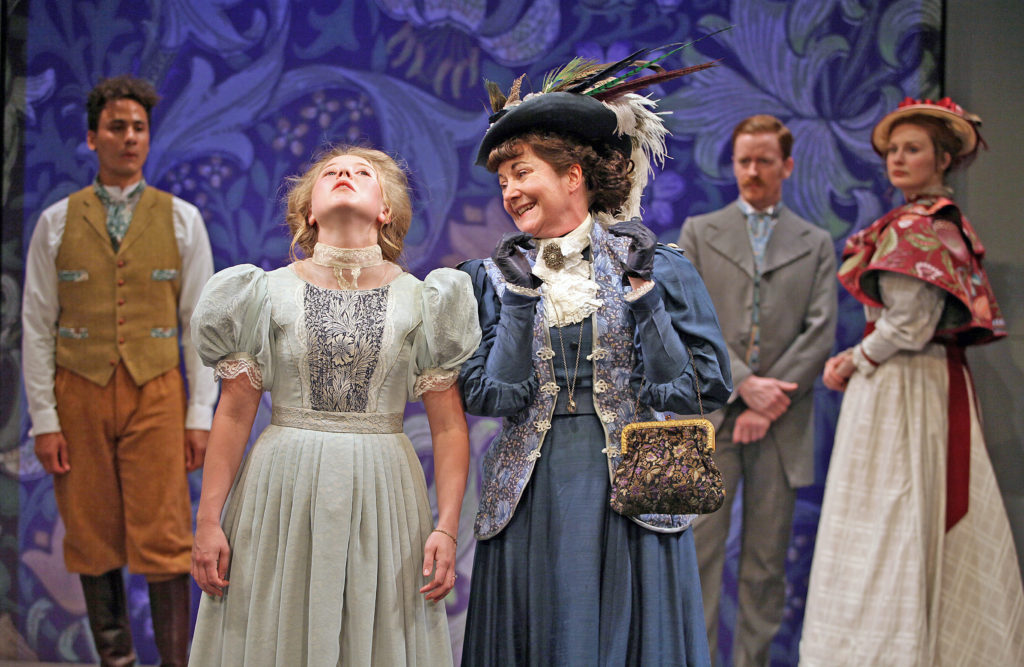