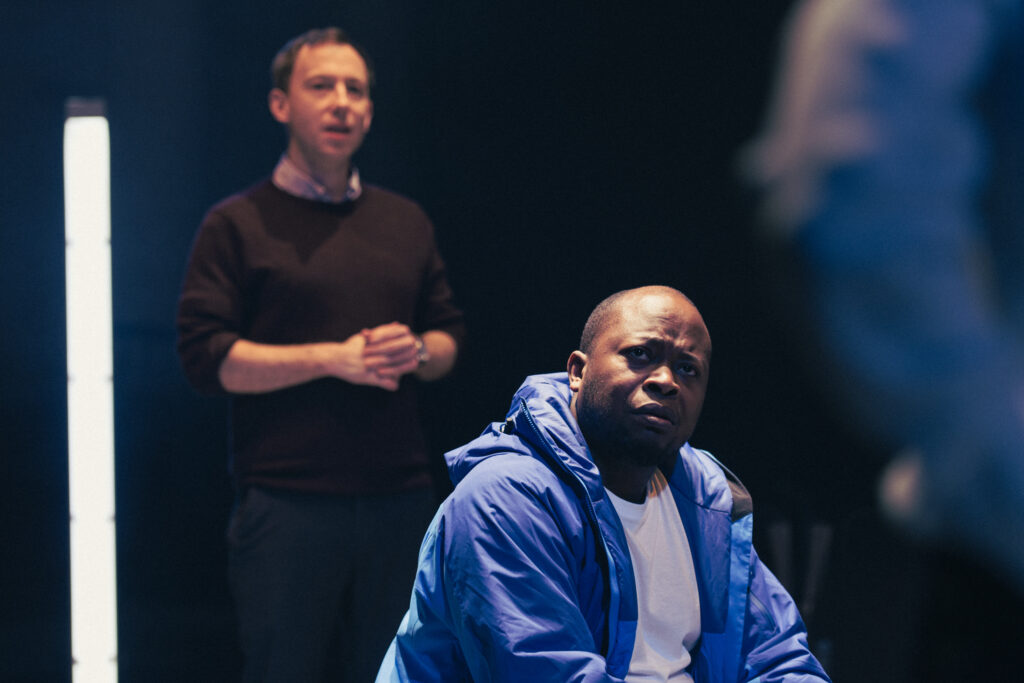 Many people seeking asylum in the UK arrive hoping for a new start. They feel Britain will offer them a sense of security they’ve been craving. However, studies have shown that the Home Office’s system of processing asylum seekers is failed, with wrong decisions due to misinformation and language barriers happening regularly, causing dangerous or traumatic effects. The Claim follows one such asylum seeker’s aggravating journey of wanting to be heard and find consummate peace. It’s a compelling tale of injustice, designed to incite change.

Serge (Tonderai Munyevu) wants to tell his story. He wants the trauma of his past to be softened by the assurance of protection and stability in this country. The country he’s hoping to make his permanent home. An office, where co-workers A (Nick Blakeley) and B (Indra Ové) deal with claims of refuge. Claims like Serge’s, A and B’s job demands precision and the truth, however in their process of obtaining it, they ultimately fabricate the answers they want through prejudice and misinterpretation.

It is devastatingly heartbreaking to see the anguish and torment Serge is put in, as he jumps through administrative hoops. Never has the term ‘lost in translation’ been so apparent. Playwright Tim Cowbury allows the audience to feel they are fully standing in Serge’s shoes, experiencing the same infuriation as he, within the same moment. You feel an immense sense of investment in the character Serge, rooting for him throughout and willing his actual truth to be heard and understood. Many hands in heads and sighs of frustration could be seen and heard from the audience members. The play generates this kind of immediate, involuntary response. Cowbury masterfully composes interweaving and intercutting dialogue, with voices overlapping into a cacophony of communication breakdown. As much as the writing deals with deep rooted issues, it is off set with amusing moments and witty lines that make this abstract set play a joy to watch.

The three actors play their distinctive parts excellently. They all have a nimble hold on the complex, fast-paced nature of Cowbury’s dialogue. Munyevu’s vulnerability and desperation as Serge is most stirring. Ové as B is unbearably clinical with her job, yet presents a nuanced subtext that proves that B has had her own issues of discrimination to contend with. Blakeley plays the nervous energy of a liberal white male do-gooder to perfection. A’s ignorance whilst trying to be a saviour is most believable.

Played in the round, with some dialogue breaking the fourth wall, the audience are very much immersed in the action. Sometimes, claustrophobically so, feeling too close for comfort to the action. Another device to make the audience experience the same emotions as the protagonist. A simple block in the centre for a chair and vertical, four-corner strip lighting highlights further the impersonal, inhumane environment of such offices.

This is the most affecting piece of performance I have seen in recent time. The Claim is a tremendous example of when theatre truly can be a powerful mouthpiece and provoke its viewers to want to genuinely act. Something that many productions strive to, but never actually achieve. The Claim is different. With strong writing, powerful performances and inclusive staging, this is a terrifically thought provoking show in every aspect. Who knew sitting in a state of exasperation could be so entertaining? 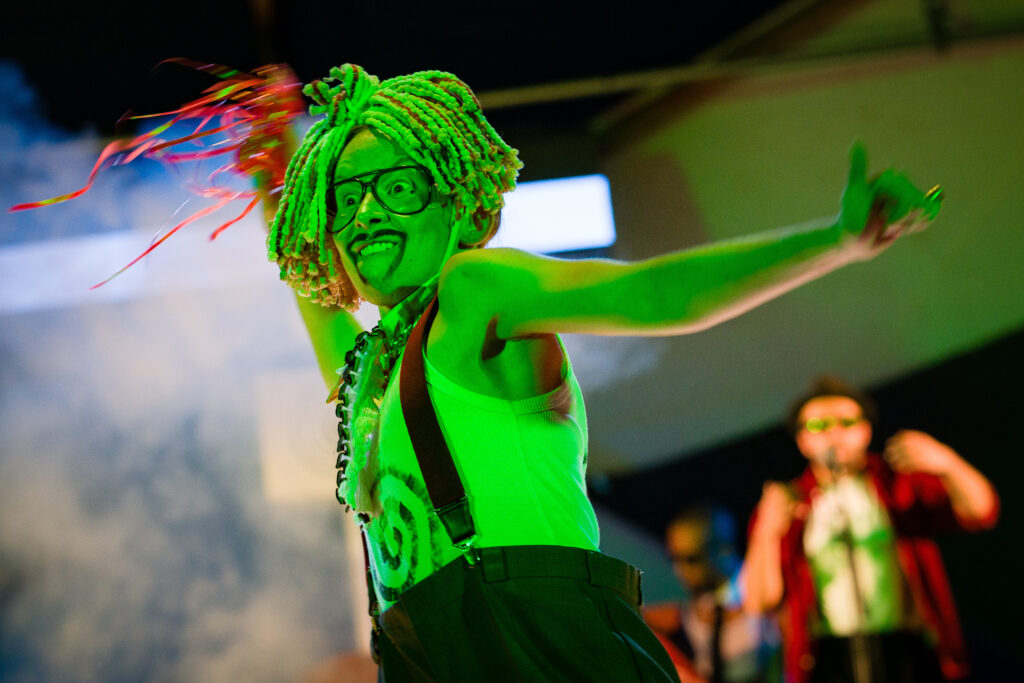 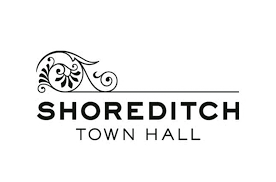