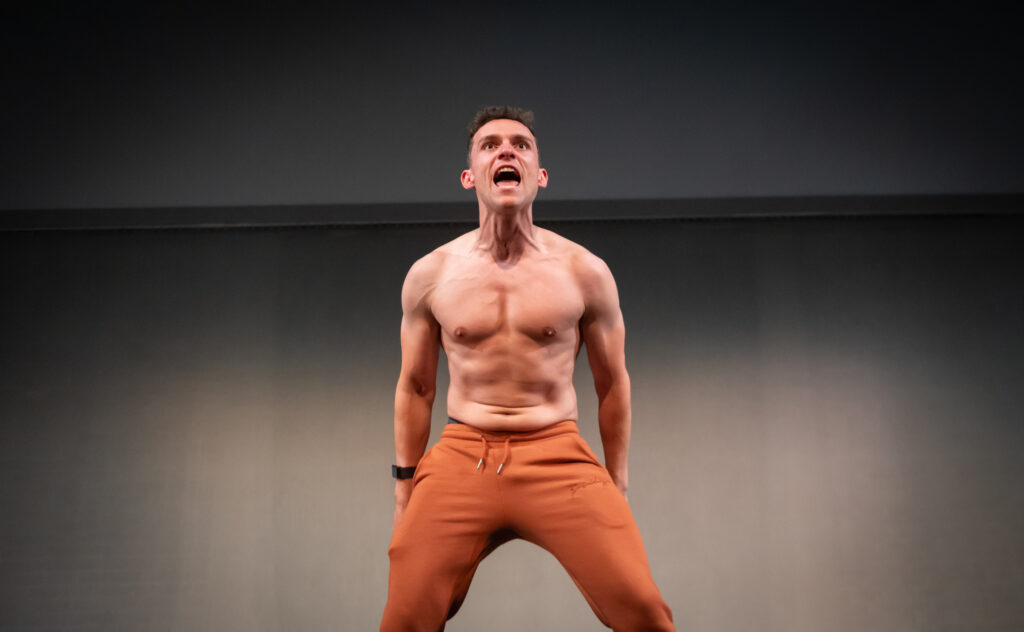 “an astonishing performance, funny and vulnerable, hard-hitting and eloquent”

Y’MAM (an acronym for Young Man’s Angry Movements) is in good company, another in a spate of plays about toxic masculinity and its effects on men’s mental health, among them the five-star-reviewed For Black Boys… Of course, it’s no surprise that there is so much recent discussion on the subject, given its relevance and societal urgency. But how is Y’MAM supposed to stand out from the crowd?

Writer and performer Luke Jerdy chooses humour. But it’s not just that he’s funny, rather he finds and forces humour even in the darkest moments. Sure, we’re laughing at his impression of his giddy therapist, but we’re still laughing when he’s lighting his 13-year-old classmate’s hair on fire; when, having knocked someone out cold, Jerdy’s run away from the scene, leaving a friend to take the blame. We know it’s not funny, but we’re experiencing it via his own coping mechanisms of minimising and diverting, making it impossible to stare po-faced and earnestly at the problem.

The story keeps a pace with a largely rhyming spoken-word delivery, and if it’s all about to get a bit too self-reflective, Jerdy jumps in with a song and a rap. It’s a tricky balancing act, because ultimately you don’t want to go so far into light entertainment that the point of the story is lost. But it’s this very fine balance that makes it such an effective story-telling tool. The grim details are all there for us to see, we’re just ingesting them via jokes and songs, uncomfortable as the juxtaposition sometimes is.

Projected photos and clipart-style videos are effective in keeping the audience’s eye roving just enough that Jerdy doesn’t have to take the entire 80-minute hit. They’re a bit basic, and at some points unnecessary, but they hardly take away from the power of the piece.

Wearing a light-coloured tracksuit, you can literally see how hard Jerdy is working on that stage from the sweat pouring through; running laps around the stage, jumping like a gorilla, rapping and dancing and playing every character he encounters with equal verve throughout. It’s an astonishing performance, funny and vulnerable, hard-hitting and eloquent. An excellent addition to the conversation, and, hopefully, a very liberating and cathartic story for some. 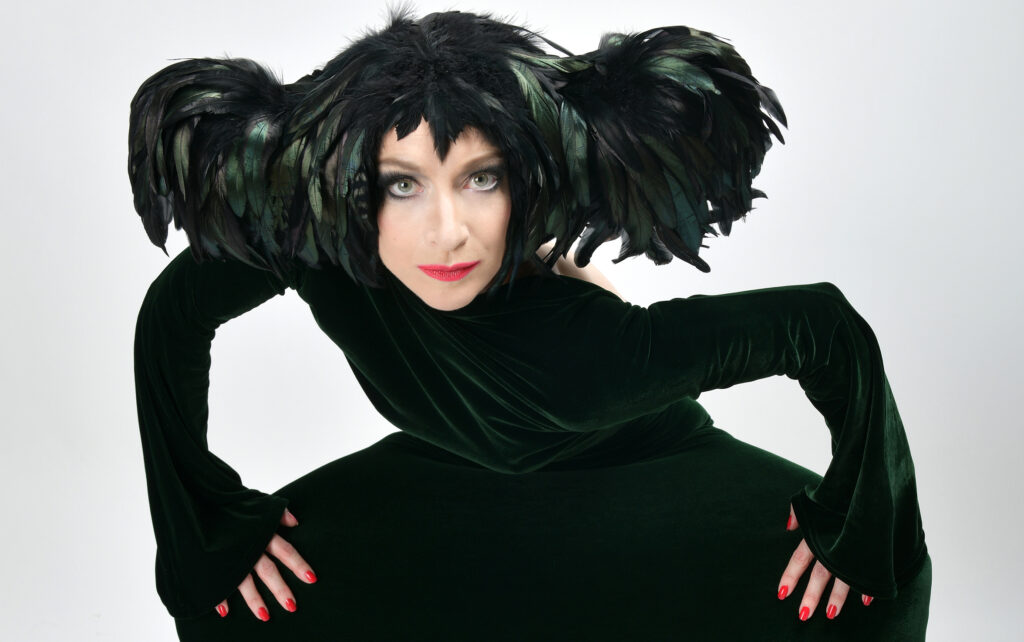 “cabaret, comedy, anecdote, parody and vocal virtuosity all rolled into one glorious hour of fun”

Most people of a certain age have a first-hand memory of Kate Bush’s ethereal ‘Wuthering Heights’ reaching number one on the UK singles chart. She was just eighteen when she wrote it, in the course of one night, but it secured her place in musical history. So much so that her comeback concert residency at the Hammersmith Apollo thirty-five years later sold out within fifteen minutes. Despite dropping out of the public eye for a couple of decades Bush’s fan base is global and still crosses all generational divides.

You don’t need to be one of those fans, though, to appreciate Sarah-Louise Young’s celebration of the singer in her one-woman cabaret show; “An Evening Without Kate Bush”. You can’t really call it a tribute act; it’s more theatrical than that. It is cabaret, comedy, anecdote, parody and vocal virtuosity all rolled into one glorious hour of fun. You get the impression that Young is one of Kate’s best mates, such is the affection with which she pokes fun at her. It is the kind of mockery born of love and respect, and she pitches it as perfectly.

Perfect pitch is the phrase that also comes to mind as Young’s veiled figure launches into the opening number: a lesser known, haunting ballad that showcases her astounding voice. When the veil comes away, we are introduced to the warmth of Young’s personality and the ease with which she plays with the audience. With a consummate cabaret artist’s skill, she makes us feel comfortable with that dreaded phrase – audience participation. ‘Kate’s not here, but you are’ she tells us as though it’s the next best thing. Her quicksilver wit bears the hallmarks of veteran comic as she wanders through the audience, hilariously improvising, before she weaves her anecdote back onto the stage for another number.

The show follows a series of songs, including many of the classics, in between which she adopts her chaotic characters with their haywire hairstyles, hats, wigs and togs. She brings people onto the stage to slow waltz to ‘Don’t Give Up’, in which she replaces Peter Gabriel’s part of the duet with a stream of Bush reminiscences. ‘Babooshka’ is sung in Russian, correcting the original’s incorrect pronunciation of the title. ‘Hounds of Love’ has us howling like hounds. Dressed as a cleaner backstage at Kate Bush’s Hammersmith gigs she reverently and plaintively gives a heart-warming rendition of ‘This Woman’s Work’, savouring every syllable before slipping back into more moments of comedy and another outrageous costume change. We are encouraged to sing along to the more familiar choruses and even take over completely for the grand finale. As the whole room cries out that ‘it’s me, I’m Cathy I’ve come home…’, Young flails around the stage echoing Bush’s ground-breaking video.