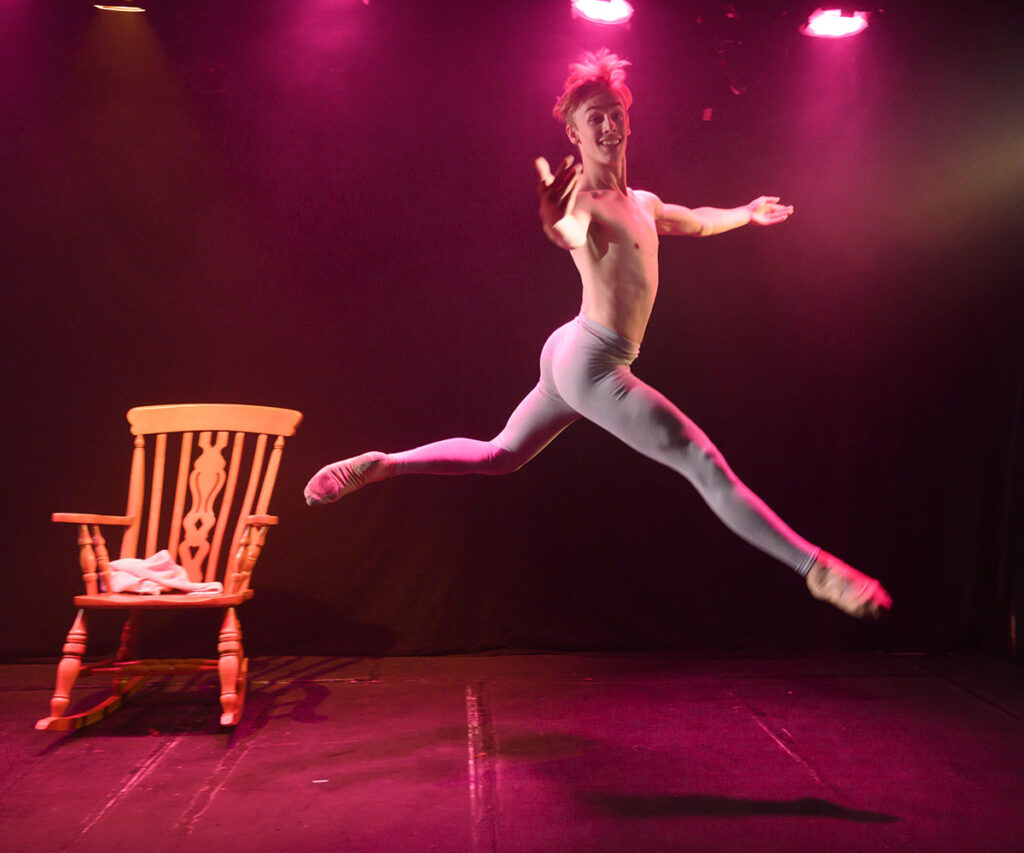 “If allowed to, I think this piece will grow up to match the quality of Macor’s other plays“

It’s in the title. And it is fundamentally undeniable, which is probably why writer Claudio Macor has separated the dancer from the dance to focus on the lesser known events of Fonteyn’s life. Commissioned to write the piece for the King’s Head Theatre’s annual ‘Playmill’ festival of new writing, Macor has rightly refused merely to tell us what we already know. Here we see Margot Fonteyn reinventing herself as a cattle rancher, we learn some of the reasons she kept on dancing long after she should have stopped. We get snapshots of her childhood and her relationship with her mother. And at its heart is her marriage to Roberto (Tito) Arias, the serial adulterer and dodgy Panamanian politician.

But at barely an hour long we don’t really feel the pulse of this story. We are, in fact, left wanting it to be massaged into life and given the prospect of a long and healthy future. Even given the limitations of being part of a festival, “Margot, Dame” feels underdeveloped. Thankfully we are aided by a back projection informing us when and where we are in the action as the narrative jumps about chronologically. We have fewer pointers, however, to help us decide whether we are watching a comedy or an earnest piece of drama.

Abigail Moore gives an assured portrayal of the eponymous Fonteyn. An unenviable task but she mixes the imposed affectations of the grand dame with the down to earth girl from Reigate. Neat touches such as the origin of her stage name (“… named after a hairdresser’s on Tottenham Court Road…”) season the exposition with a bit of spice. Fanos Xenofos has more scope for dramatic licence as the husband, ‘Tito’. It was a complicated relationship, and Xenofos’ performance only occasionally hints at the mystique of the man that Fonteyn had to put up with. After a failed coup to oust the President of Panama, Tito escapes and returns to Peru. Margot is arrested for her involvement in her husband’s botched attempt at gun-smuggling. When Tito was confined to a wheelchair for the rest of his life after an assassination attempt, Margot uses up all her savings to care for him – one of the main reasons she continued to dance so late into her life.

The story is not so much sidestepped as danced over lightly. It is a fascinating angle on Fonteyn’s life and one that refreshingly avoids the obvious. But, as if worried that the audience might lose interest, director Robert McWhir and choreographer Robbie O’Reilly have shoehorned flourishes of ballet to cover the scene changes and time shifts, which dilute rather than add flavour.

But one mustn’t lose sight of the purpose of the Playmill Festival at the King’s Head, which is a vital platform for new writing. “Margot, Dame…” has only two performances in which to reveal its essence. As Fonteyn herself famously said; “… the first night is the worst possible time to make a hard and fast criticism: the baby never looks its best on the day it is born…” If allowed to, I think this piece will grow up to match the quality of Macor’s other plays.