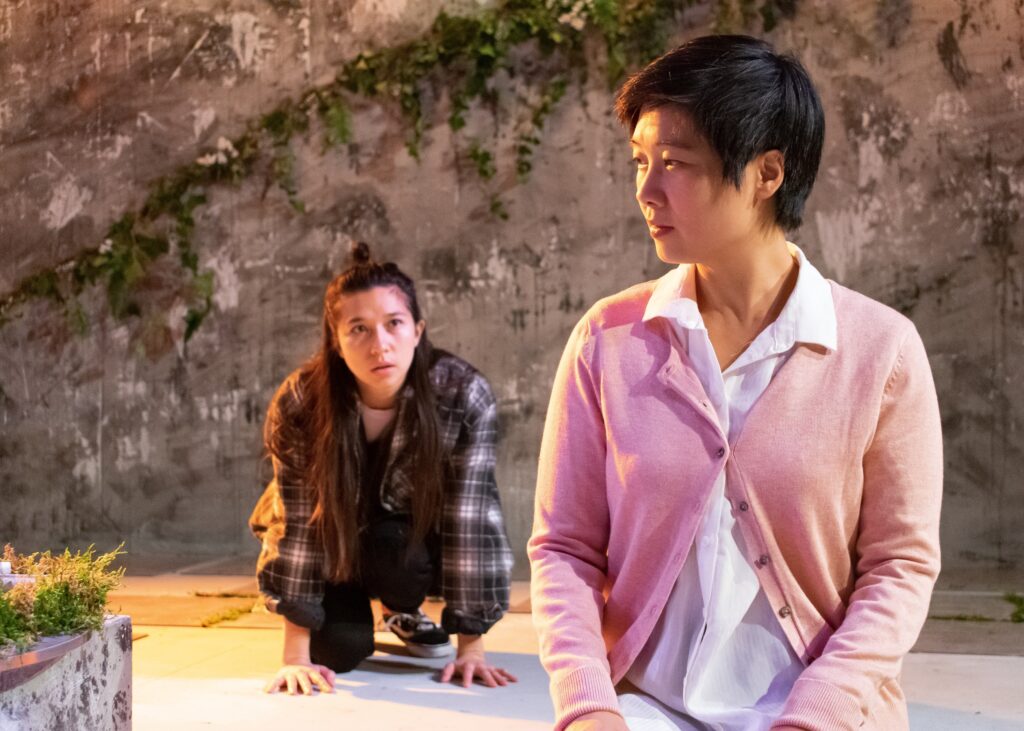 “a gem of a play, soft and lyrical and full of promise”

I will still be whole (when you rip my in half) opens beautifully. The two performers begin to tell the story, together, sharing sentences, before they become its two protagonists: a mother who left her newborn child after a hellish pregnancy, and her now grown daughter, in search of her mother and in search of herself.

The script is delicately written by Ava Wong Davies, skipping between the ornateness of poetic language and the brutality of everyday experience. It dives between their stories, only to bring them together in the final scene for the reunion of mother and daughter, a reunion that one has looked for and one hasn’t.

The two performers balance each other so well under Helen Morley’s direction. Tuyen Do as Joy has a lovely softness to her, which compliments the harshness of the decision she has to make to hold herself together. Contrastingly, we get to meet EJ (Aoife Hinds) on a night out, alone apart from the girl she is kissing, then alone again apart from a fox in the road, then alone again apart from the firefighters and residents gathered around a house going up in flames. A surreal, neurotic journey that echoes her emotional state.

There are points where the pace suffers, the energy dulls, points that don’t demand our engagement and attention. But its tenderness is also part of its charm when the balance is right.

The set, designed by Grace Venning, unites the two characters visually – even before they meet – through a tree branch both of them see from the window of the bedroom they have consecutively lived in.

This is a gem of a play, soft and lyrical and full of promise.

The Bunker until 23rd November