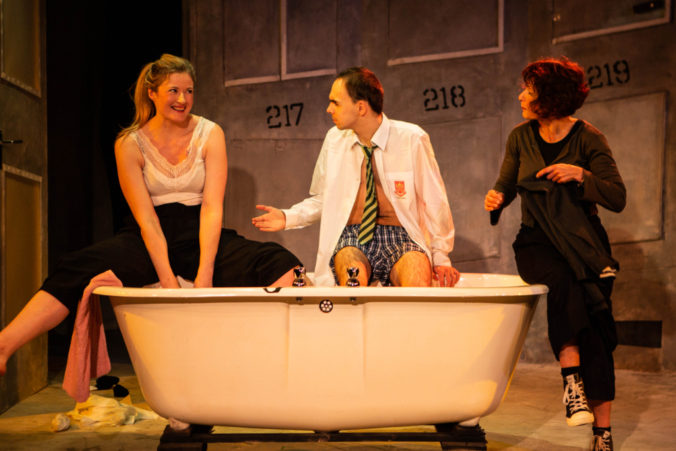 Language, communication, understanding, conformity, politics, brutal bureaucracy, deafness and the future of a nation are the unlikely bedfellows in a scorching new drama at the Bunker Theatre.

Sarah Bedi’s powerful The Process hits its targets again and again, leaves the audience on the edge of their seats, and may even send them out weeping.

The artistic twist of this piece, which Bedi also directs with flair, is that it is presented in spoken English and British Sign Language. It is a clever device because it means that, but for a very small number in the audience, there are chunks of the play that will not be comprehended fully.

It may be a cliché to describe any drama set in a future dystopian society as resembling the TV series Black Mirror, but in this case it only scratches the surface of a thriller that will evoke shock, anger and even uncomfortable laughter.

From the outset we are told via a bleak projection that some will understand some things, some will understand different things and nobody will understand everything – that is how it is meant to be. What follows is a striking and often scary representation of a society that has become too clever for its own good, rating anyone not fitting in to a precise mould as troublesome or beneath respect.

The central characters in The Process are D/deaf but as a horrifying double climax makes clear it’s as much about the foreigner, the homeless, the poor, the uneducated, the disabled – in fact anyone who doesn’t fit neatly into a preconceived and comfortable package.

The scenario is “the day after tomorrow” with strong hints of a post-Brexit apocalypse. Tech wizard Jo (a blistering and robust performance from Jean St Clair) has created a cost efficiency app which monitors one’s value in society. Contribute too little for the benefit of those around you and you become a Null, a worthless member of the community destined to be locked away and forgotten.

The entrepreneur rapidly finds her personal life and that of those close to her spiralling downwards, with attempts to be heard and understood heartlessly ignored and her own invention turned against her.

This is a strong ensemble piece with all the other actors variously compelling in several roles. William Grint, Catherine Bailey, Ralph Bogard, George Eggay and Erin Siobhan Hutching find humour and subtle shades as the tension builds.

The set, an austere backdrop of impersonal and foreboding cells by Mayou Trikerioti, is cold and unyielding. The discompassionate picture is helped by the hums and throbs of a constant rich soundscape (Oliver Vibrans) and noteworthy lighting/video (William Reynolds).

This fourth full length project from BAZ Productions is not without its flaws – there are moments when the action cracks on a shade too rapidly at the expense of coherence and sometimes belief has to be suspended beyond normal bounds of acceptability – but the gritty credibility and the bold audacity in writing, directing and performances quickly outweighs them.

The Process is uncompromising in its dark message. It is the sort of timely and quality experimental production that makes you desperate for the Bunker to stay open and keep tackling such important issues through drama rather than having to close in the Spring for site redevelopment.

It offers a haunting wake-up call to a society already trapped in a nightmare of its own creation. If we fail to communicate with or attempt to listen to each other then this imagined stark future can only become a grim reality.

We don’t need to understand everything to respond and this stimulating and visionary production could be the first step in mending civilisation. 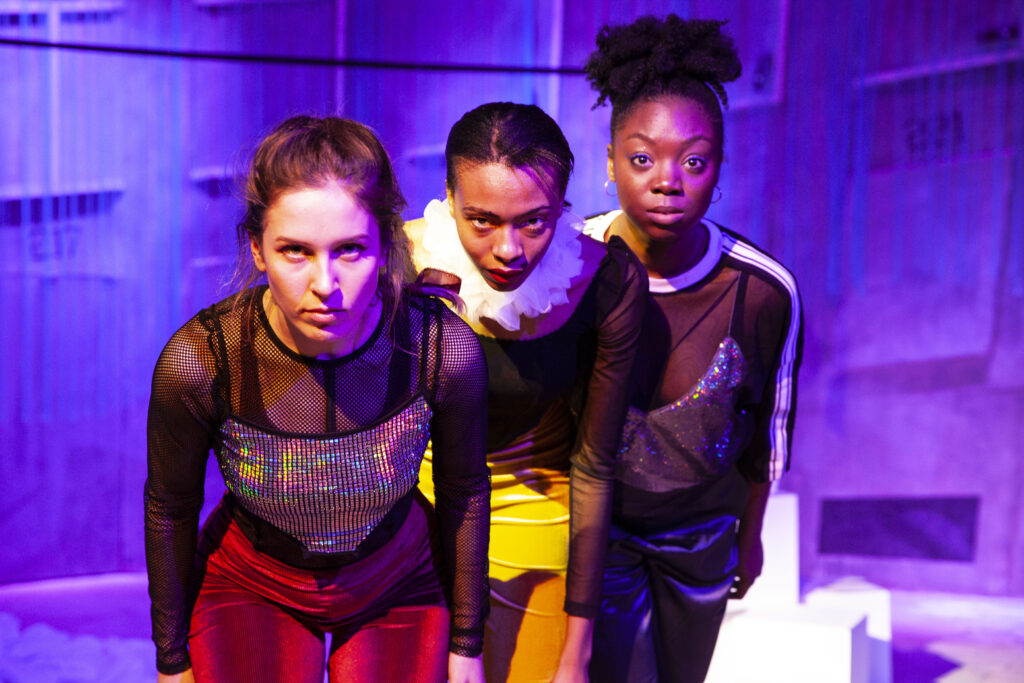