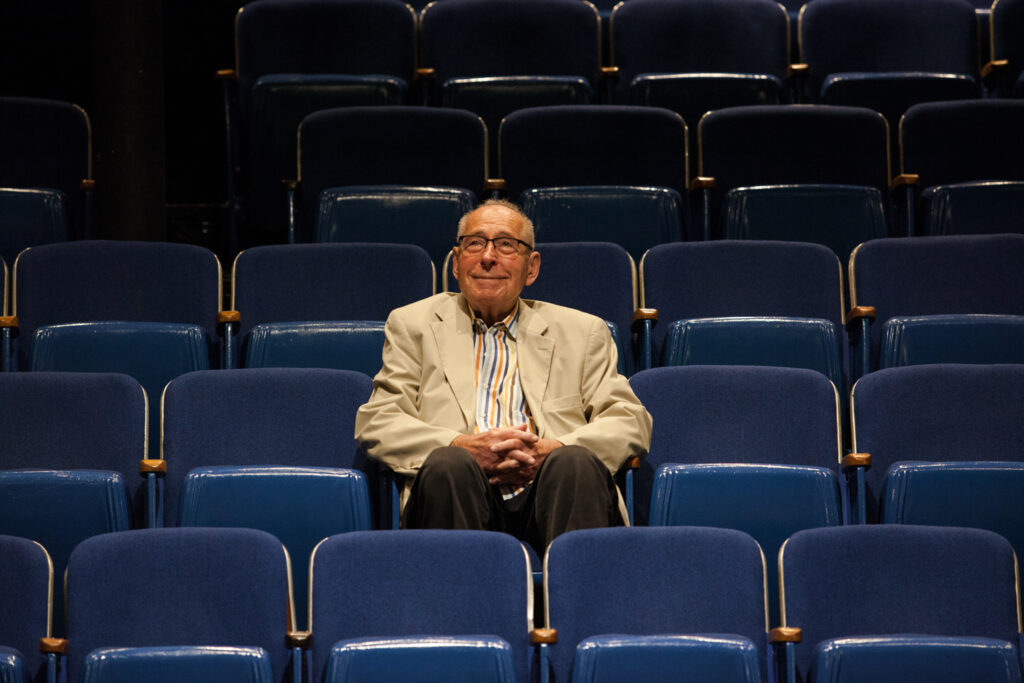 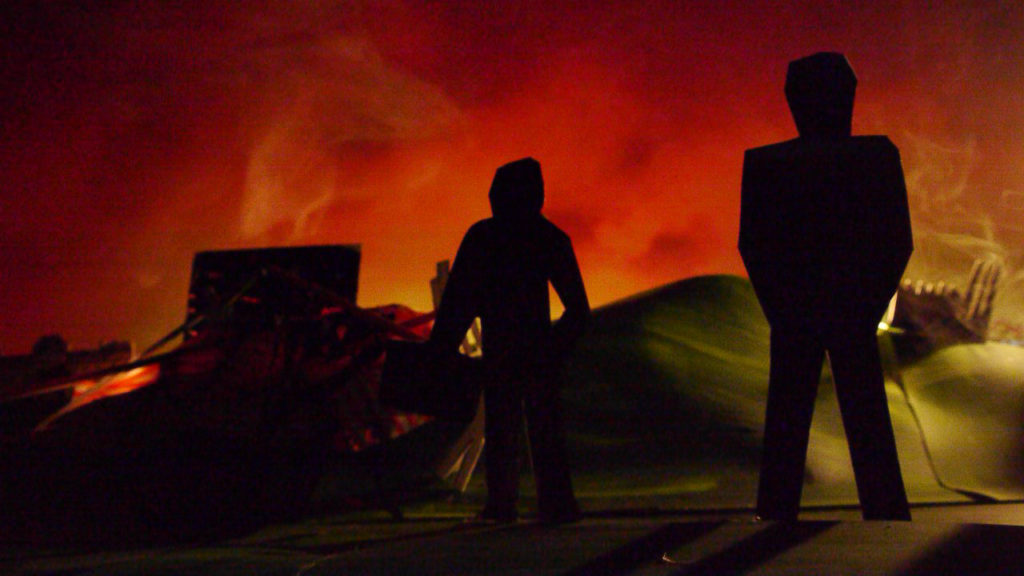 The Decorative Potential of Blazing Factories

Last month saw the relaunch of the Coronet Theatre in Notting Hill, with the unique aim to use the whole building for multi-disciplinary programming; spanning theatre, film, dance and visual art. And true to its intention, a short schedule of film, dance and even poetry is lined up before the main auditorium houses its next theatre production in September. Currently running is the first film the Coronet Theatre has commissioned; “The Decorative Potential of Blazing Factories” by film director Gary Chitty and sculptor Bruce McLean. It is delightfully obvious that the theatre is not shying away from the decorative potential of this colourful collaboration. From the start of his career McLean has refused to be told what to do, renouncing convention and rebelling against tradition. He began making sculpture from rubbish before becoming one of Britain’s most influential conceptual artists, pioneering performance art. He met Chitty in the early 1970s when they cofounded ‘Nice Style’ – a rock band. Only this band didn’t play any instruments; they just posed (they even supported The Kinks).

So, it is intriguing to wonder what their brief was for this commission. McLean himself has described the film as a ‘cardboard catastrophe’, and they both use the term ‘expanded cinema’. But basically, it seems that anything goes. The film is at heart an absurdist satire on pretty much everything that the media focuses on in modern society; from politics to art, environmentalism to fashion, industrialism to individualism, ambition and infamy. It tries to paint the world picture with a fine-tooth comb. Which is probably where it stumbles into a self-indulgent swamp in which the inherent humour gets bogged down.

A young woman, an artist, wants to create the greatest landscape painting of all time. To capture the red skyscape, she burns down her father’s factory, much to the dismay of the displaced factory workers. The media focuses more on the artist’s dresses than the art, and on the workers’ breakfast than their plight. Meanwhile a politician wants to create the greatest world summit but concentrates more on getting his handshake right for the cameras than the melting icebergs that herald Armageddon.

Throughout the film, Chitty and Bruce occasionally parade in front of the screen holding blank placards. The symbolism is obvious, but the aesthetic is more interesting, as the placards catch the projection giving the effect of a magnifying glass focusing on certain points of the screen. It is unclear whether this is intentional or whether it is an accidental offshoot of the surrounding chaos. Probably a mix of both. The frenzy of ideas is just about held together by threads of cleverness, not least the animation itself. Again, eschewing convention and modern digital trends, McLean uses puppetry, foam board, oil paints, cardboard, smoke and ingenuity. Pictures and models from the film are on display in an exhibition running alongside in the ‘Print Room’.

This is not to everybody’s taste and despite the short running time it does flirt with tedium. But it is fun, and it pokes fun at modern clichés. And at us. And at themselves too which is its saving grace. It closes with the rhetorical caption “can art change our view of the world?” The glint in their eye as Chitty and McLean take their bow betrays the irony and implores us not to take this all too seriously.

The Decorative Potential of Blazing Factories

The Coronet Theatre until 22nd June