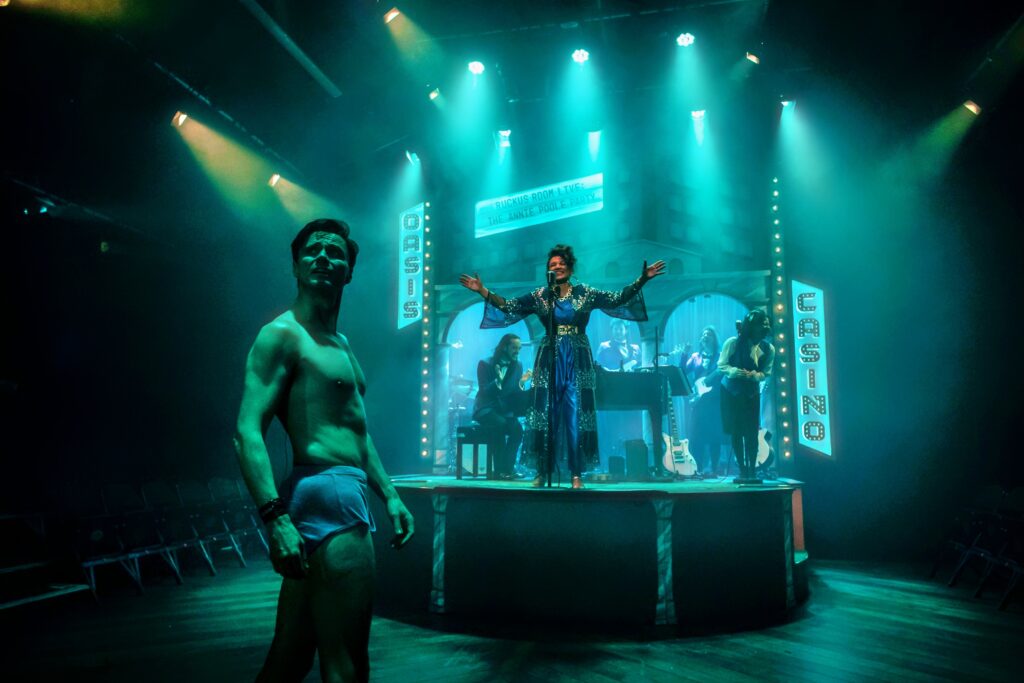 “a clunky amalgam of genres, none of them strong enough to be definitive”

Jonny’s a singer. His job is entertaining folks, singing songs and telling jokes. In a nightclub. Well, not a nightclub but a casino in Atlantic City. It is made clear it is not the most upmarket casino in town, but you’d at least expect the hostess (an underused Jacqueline Dankworth) to insist he smartens up before starting his shift. It feels like we’re at an open mic session in the back room of a saloon bar. Jonny’s wife Rebecca works in marketing at the casino so it stands to reason she would get up onstage to sing a number too. Why not? There’s rich folk who are spending a lot of cash at the roulette wheels, so they need some top-class entertainment. Even the waitress gets a shot, though she doesn’t sing, she plaintively strums an acoustic guitar.

Composer Dylan Schlosberg bypassed the nineties box office hit film and secured the rights to Jack Engelhard’s original novel before teaming up with writer Michael Conley. His songs, however, seem to belong to a different show from Conley’s book and lyrics. With a couple of exceptions, they could be fileted off the backbone of the story and served up with another script.

Most of us will know the story, and the dialogue and debates that surrounded the release of the nineties film. What would you do in their position? Jonny (Norman Bowman) and Rebecca (Lizzy Connolly) are young and in love. It’s a solid marriage but money is an issue. Billionaire Larry (Ako Mitchell) walks into the casino one night and offers a million dollars to spend a night with Rebecca. (For a very brief moment there is a hint that he might have chosen Jonny, which would have provided a more interesting dynamic. But alas the narrative slumps back into its period predictability). “I’m rich, I’m lonely, you’re lovely” Larry says to Rebecca. That is as deep as it gets. The script never ventures from the shallow waters, nor does it try to bring itself up to date.

What would you do with a million dollars? Or rather the question is what will you do without it (do you regret the things you do or the things you don’t?). So, we swiftly move on to post decision, and Rebecca is dressed up and ready for her date with Larry. A stylised bedroom scene stroke nightmare precedes the fall out. Jealousy, regret and separation. Larry sings a song at the club (of course, why not?) then leaves. A year passes, Jonny sings the song he wrote for Rebecca at the start and asks her “so what happens now?”

Bowman and Connolly give solid performances, capturing the emotional fall out of the deed. But there aren’t enough hooks for us to empathise, or to share the need for the answer to the questions. Charlotte Westenra’s staging is often inventive, making good use of the space and nimbly switching from casino to bedroom to a moonlit sidewalk. But overall, “Indecent Proposal” is a clunky amalgam of genres, none of them strong enough to be definitive. The closing line (Rebecca’s answer to Jonny’s parting question) is apt: “Who the f–k knows?”

Previously reviewed this year at this venue: 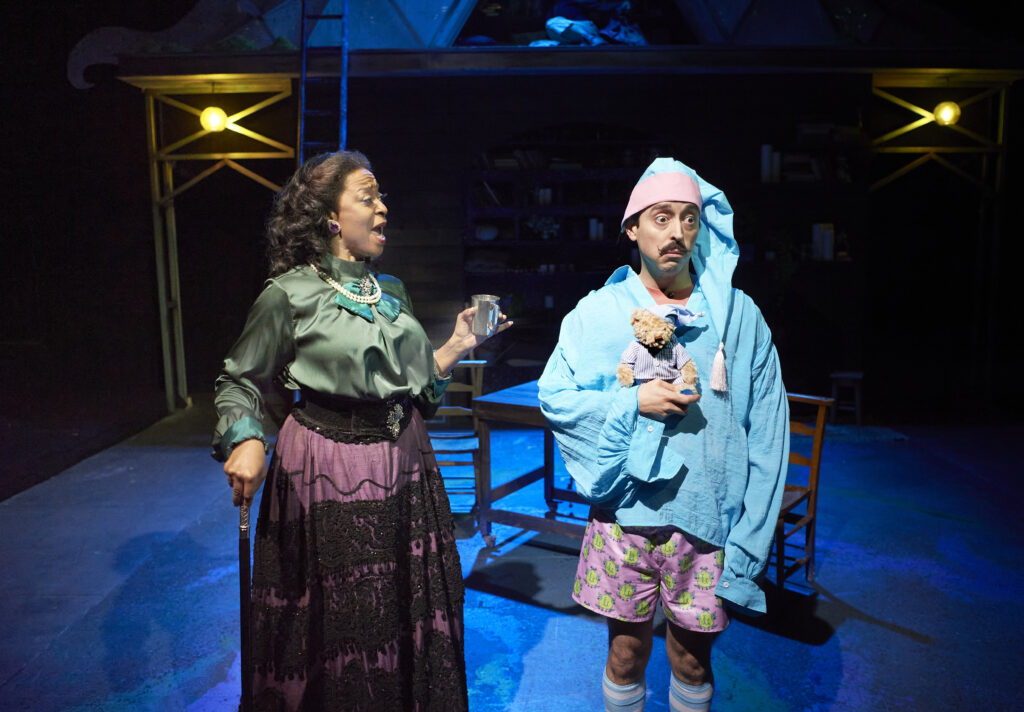