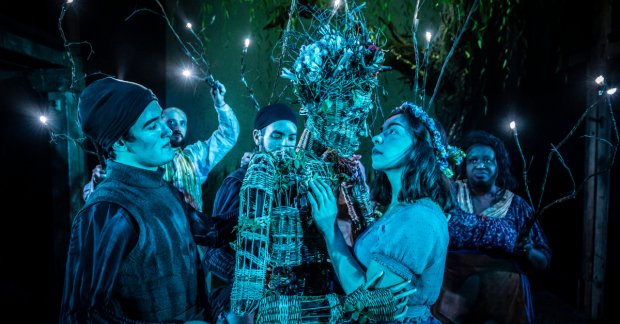 “a performance of enormous range and sparkling energy”

There’s something remarkable happening at the picturesque Watermill Theatre in Newbury. On the night that London theatres closed and coronavirus gloom descended upon the nation, I was privileged to be part of an evening of pure enchantment, as a musical over eight years in the making made its debut on this most creative of stages.

First, forget whatever other associations the title The Wicker Husband may conjure. This has nothing to do with the film The Wicker Man. Second, prepare to be transported into a bright and delightful mythic world that is based on a short story by Ursula Wills-Jones and wonderfully adapted for the stage by Rhys Jennings (book) and Darren Clark (music and lyrics).

This sweet and affecting story is profoundly moral in an entirely natural way. It is a very English tale of the trees and water that somehow seems to draw both on Yorkshire mystery plays and American musical theatre. It asks the questions that social media so often gets wrong. Where does beauty really reside? And what’s it like to be an outsider, shunned by all the pretty people?

A multi-talented company of 12 are joined on the Watermill’s tiny stage by a number of wicker puppets made and operated in the exposed Japanese ‘bunraku’ style (think Warhorse). These extraordinary and beautiful creations by Finn Caldwell and team are brought to life by Eilon Morris, Yazdan Qafouri and Scarlet Wilderink. Qafouri (a winner of BBC One’s Let It Shine) has one of the many fine voices in this show. He is more than matched by Laura Johnson as the Ugly Girl, for whom the wicker husband is created. Here is a performance of enormous range and sparkling energy.

Julian Forsyth has a pivotal role as the Old Basketmaker whose weaving gives new life to the willow withies, sea grass and blackthorn. He has an impressive stage presence and a fine singing voice. Other members of this cracking and committed cast are Jack Beale, Angela Caesar (who as well as being an actor is also an opera singer and one of three fine violinists in the show), Claire-Marie Hall, Stephen Leask and Zoë Rainey.

The show interweaves puppetry with some two dozen catchy ballads, several dance routines (Steven Harris) and any number of opportunities for the cast’s instrumental skills to shine, with some highly effective lighting by Hartley TA Kemp, clean and effective design by Anna Kelsey and inspired direction by Charlotte Westenra.

As the programme describes, this production is the result of several dedicated years of workshops, competitions and mentoring. It is a fine testimony to the enormous creativity of the British stage and a highly recommended antidote to much else that besets us now. 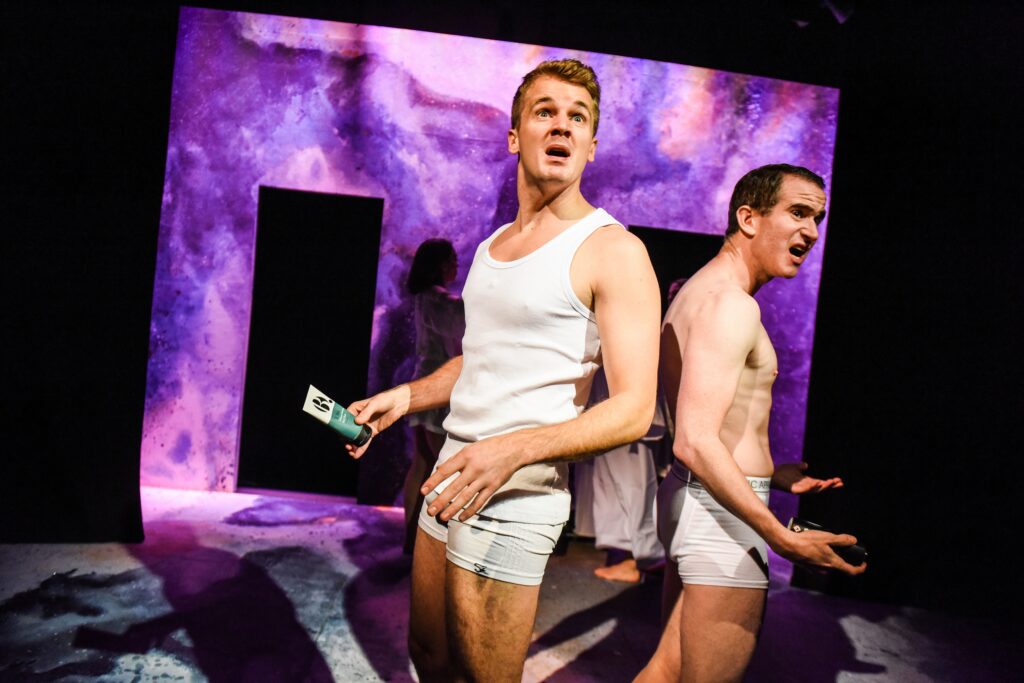