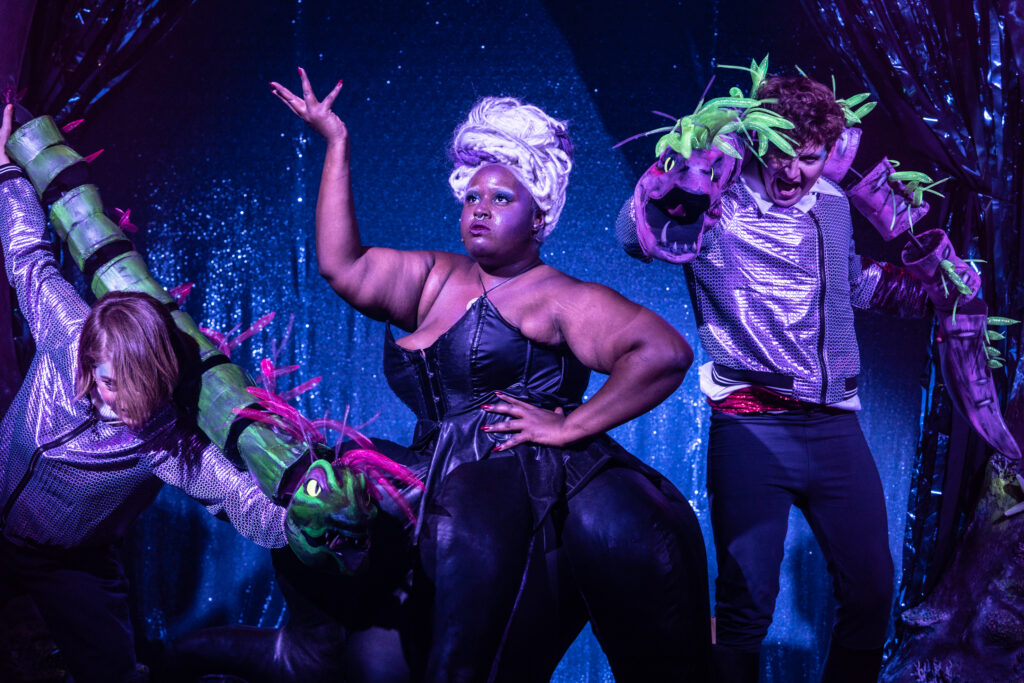 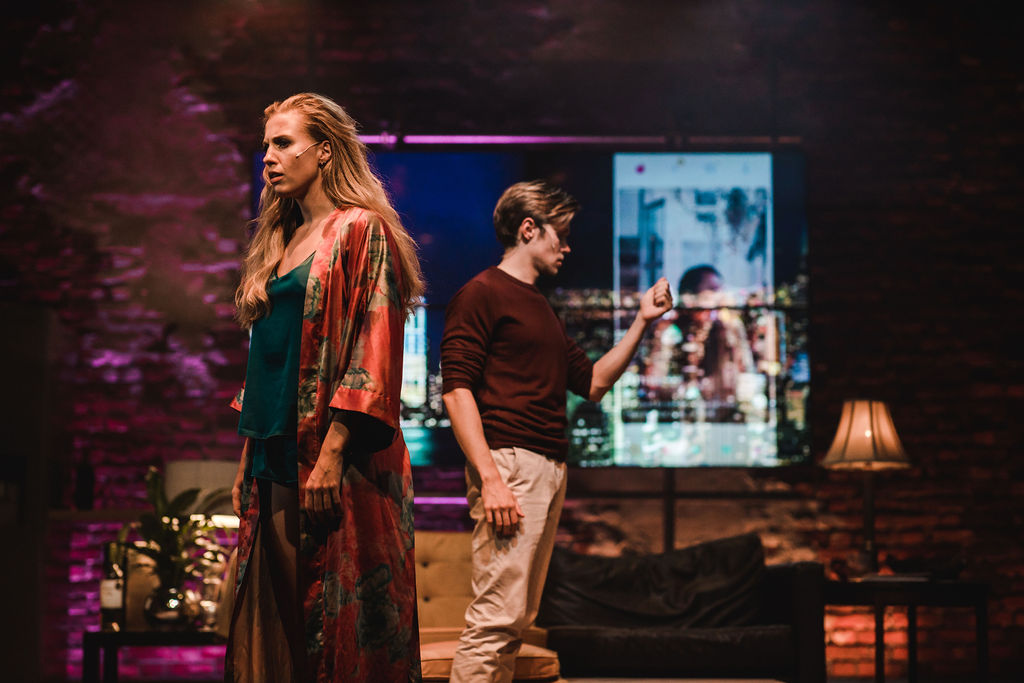 Marry Me A Little

The year 2020 will be remembered, for many, as the year of outtakes. Our plans – and in some cases our hopes and dreams – strewn on the cutting room floor. It seems timely, then, to be reminded of the song-cycle, “Marry Me A Little”, which comprises, in the main, a collection of Stephen Sondheim numbers that were cut from some of his most noted shows – particularly ‘Follies’ and ‘A Little Night Music’. Sondheim was a master of the ‘could-have-been-should-have-been’ love song; a theme that pulses through this show and resonates all the more as we approach our own individual winter of discontent and isolation.

The two anonymous characters are alone, in their own New York apartments. Initially, it is not completely clear whether they are an estranged couple or merely strangers, but they both share a burning desire to reconnect somehow. The show could just as easily be titled ‘Two Fairy Tales’, the opening number which is sung with a melancholic optimism that sets the scene for the next sixty minutes. Devoid of any plot and dialogue, the show is carried by Rob Houchen and Celinde Schoenmaker who undeniably give real depth to a fairly narrow concept. The two beautiful voices on display lavish extra layers of meaning and poignancy onto the lyrics, while their harmonies unite their separation. While knowing little about them you do, in fact, care quite deeply.

Kirk Jameson’s production brings the narrative into the Tinder Age, the pair swiping texts and images on their phones as they sweep through the numbers. The split lives are neatly conveyed by the split set and split screen backdrop. But the focus is always on the music. Stripped back to just Arlene McNaught’s piano accompaniment the songs’ lyrical content is pushed centre stage and it is a pure delight to hear the richness of Sondheim’s libretto delivered with comparable splendour by Houchen and Schoenmaker. From the Jazz Age, innuendo laden, pastiche of ‘Can That Boy Foxtrot!’ and the yearning harmonies of ‘Who Could Be Blue?’ – both cut from “Follies”; through to the familiar ‘Marry Me A Little’ from “Company”; and the relatively unknown but hauntingly beautiful ‘The Girls of Summer’. The show packs in nearly twenty of Sondheim’s compositions in just one hour, closing with another number that never initially made the grade – the aptly titled ‘It Wasn’t Meant To Happen’ – steeped in yearning, regret and nostalgia.

A nostalgia that is sadly brought to the fore watching an online show of such a performance. Recorded with a socially distanced audience before the second lockdown, the sense of loss is unavoidable. Musical revues of this kind never fully translate to the small screen. “… The champagne was flat, the timing was wrong…” Sondheim’s closing lyrics tell us. Yet this exquisite production still bubbles with hope. Like this collection of songs that has eventually made it onto the stage, we too can all pick up the debris of this disastrous year and build something memorable.

In the meantime: “So what can you do on a Saturday night alone?” sing Houchen and Schoenmaker early on in the show. And straight away you know the answer.

Marry Me A Little

Online via barntheatre.org.uk from 19th to 22nd November