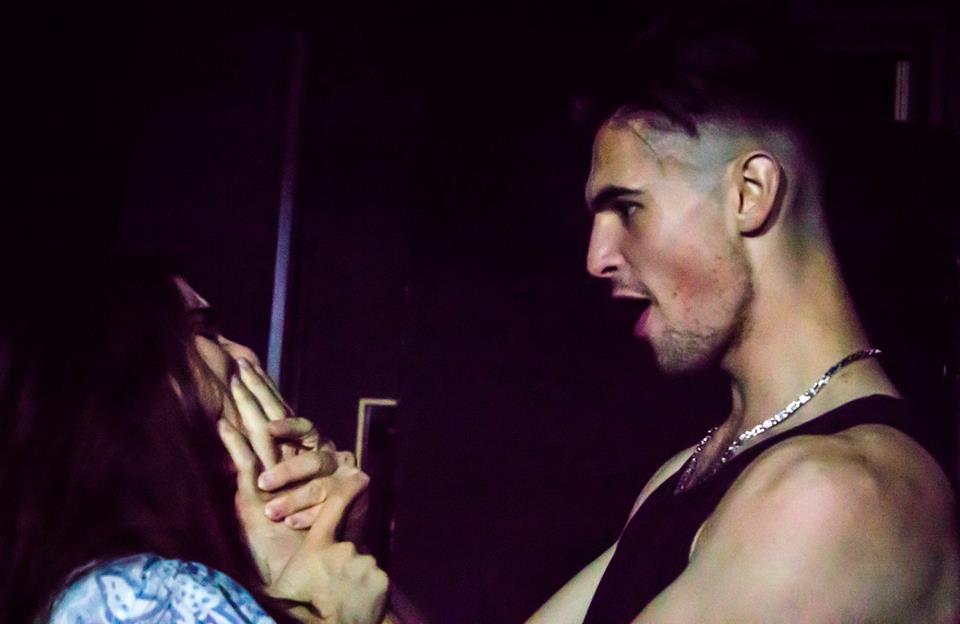 When social distancing guidelines mean that only a handful of people are able to be in the theatre at one time, I was fearful that the intense atmosphere that was clearly intended to emulate from the outset of the show, with rap music and a deep blue lighting when the audience entered, would be dissipated. I need not have feared, Integrity Theatre’s production of F**k Off succeeded in creating an all-encompassing atmosphere of rage and regret.

This was not a show filled with revelry, instead, immense tension was built through hope and a clear vision of redemption. Henry M’Gill (played by Michael Dunbar) is desperately trying to win back the favour that he used to carry as a boxing star, whilst struggling with his past failures as a son and boyfriend. The show centres itself around a climactic boxing match against an American up and coming boxer, who thinks that a win against M’Gill will be his ticket to make a name for himself across the pond. It was the American Dream setting of the show, coupled with a raw and gentle emotion, that allowed it to entirely captivate the audience for the full sixty minutes.

Michael Dunbar, who wrote and starred in the piece was electric. His troubled demeanour was made endearing through a raw goodness which was saturated within his character. This juxtaposition of emotion led us to care about him and his journey a huge deal. M’Gill struggles with the rage from his past, as well as the lack of support in his present, in order to create a brighter future. Arieta Visoka, who played Karolina, gave depth to our care for M’Gill as she portrayed the selfish lover, who only wished to use M’Gill for his money. Visoka’s performance was strong, not fearing to shy away from the clear villain that she portrayed in the story.

Hayley Mitchell, who played Jess, gave a standout performance in a physical scene where Jess and M’Gill share their past intimacy with the audience. The tension in this scene was rife and beautifully directed by Taoana Tsiki and Christopher Lowry as they switch between looking out at the audience and sharing physical moments with each other; the chemistry between the two was intangible.

Dunbar’s writing was excellent and proved to be a masterclass in subtext. The final scene allowed for a rhythmic explosion of emotion by which his poetic writing collided expertly with his final expression. There was a slight lack of clarity over what had happened previously to put M’Gill in the position that we see him in at the beginning of the show; there was a great deal of rage centred around his past with his father and ex-girlfriend Jess. A clearer understanding or revelation of this would have been welcome. However, on one level, these twisted and incomplete secrets make the discovery of the subtext all the more gripping, it just needed to give a little more.

The tech in this show was outstanding. With dramatic lighting and music portrayed expertly throughout the production. A shining moment was after the climactic boxing match, where M’Gill struggles to regain his mental strength. Will Hunt’s jittery exploration of the space between the conscious and unconscious mind was fantastic and gave the audience a real entry into M’Gill’s headspace.This show was brave and bold, not fearing of a total expression of rage; this, coupled with the gentle and almost childlike hopefulness of a bright future made F**k Off a hopeful return to theatre. The bar has been set extremely high. 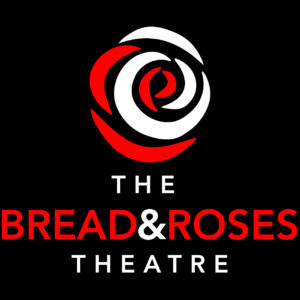 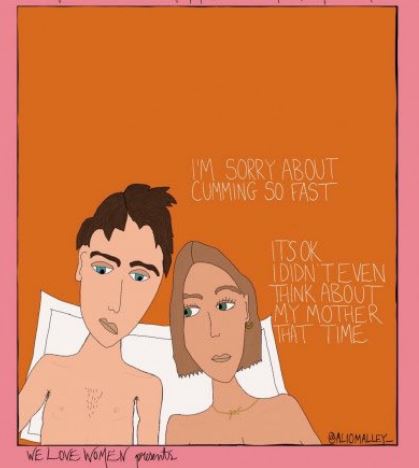 We Love Women presented an evening with three warm up acts and a short play, all delicately linked to womanhood and the idea that everybody has a personal tragedy that they cling to.

The set design, by Tamsin Robinson was inspired; walking into the Bread and Roses Theatre was like entering a fort from when you were five. The stage was covered floor to ceiling in different coloured bed sheets, creating a cosy and comforting atmosphere. This allowed us to feel as if we were in a safe space, whilst of course, alluding to the key genre of the show, sex.

Before the play, there were two warm up acts consisting of a monologue entitled ‘My First Time’ written by Phoebe Wood and performed by Ella Hooper and a burlesque performance by Belle De Beauvoir. Comedian Emilyrose Woods lead the introductions to each piece, separating them with brief moments of stand up about her own sexuality and experiences. Emilyrose Woods’ stand up was intimidating at first, as she called upon members of the audience and asked them about their sexuality. However, as she became comfortable in the space, she settled into her set and it flowed nicely.

Phoebe Wood’s ‘My First Time’ was elegantly portrayed by Ella Hooper, bringing to life the unbreakable relationship between mother and daughter and the moments that every woman goes through and shares, but might never say out aloud. Hooper slid between each character with ease, and finally, just before a moment of physical theatre, the bond was highlighted beautifully with the line ‘Is it weird that sometimes I want to be back in your womb?’

Belle De Beauvoir’s piece of Burlesque began extremely poignantly, referencing again the relationship between mother and daughter as Beauvoir held a leg to the line ‘Love your body like your mother loved your baby feet’ whilst removing a stocking. Beauvoir transitioned from this into traditional burlesque; the performance was brave, creating a nostalgic whilst also fun atmosphere, including the use of feathers and some impressive splits.

After both of these warm up acts, we were told by Emilyrose Woods that the play would commence. Written by Vogue Giambri and directed by Amy Reade, ‘All Of Us Want Something To Get Over’ is about a couple, Gert (Abbi Douetil) and Memphis (Alex Wingfield), both struggling with very different problems and trying to make their relationship work. The play was a bit of a disappointment following the warm up acts; the couple lacked chemistry and gave uneven performances, where Douetil yelled extensively in semi-clichés, whilst Wingfield over acted his hypochondria, to the point of seeming almost toddler-esq.

However, there were a few brilliant moments, a particular one stood out where the couple are allowing themselves to say what they think, but only whilst shoving popcorn down the other person’s mouth, this use of physical was amplified further as the couple stretch and blow into balloons to imply that they are having sex. These moments of brilliant direction by Reade saved the production from falling quite flat and gave humour to the unsubtle topic.

The play finished on a sentimental note which resonated; that people are scared to let go of the thing that is ‘wrong with them’ in the fear of what comes after this. When this moment came, it clearly linked each warm up act to the play itself, which had at first seemed a little disjointed, creating a calm and satisfying ending. 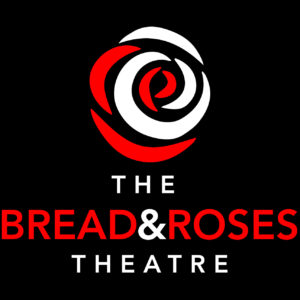