“a thoughtful presentation, enhanced by the intimacy of the space, and the skilled performances”

Can The Tempest—a play full of echoes of Shakespeare’s imminent retirement from a rich and successful theatrical life—be played in a small theatre, and on a pocket handkerchief sized stage? It turns out that it can. It can, that is, if you have Michael Pennington for your Prospero, supported by a cast of talented actors speaking with understanding of a text that contains some of Shakespeare’s most memorable lines. And it should, if you have a director (Tom Littler) who knows how to put on big plays in small spaces.

You might be forgiven for being sceptical. This Tempest demands work from the audience, beginning with a search to find the venue among all the clothing establishments in Jermyn Street, long the haunt of London’s haute monde. But when you eventually discover the modest entrance, near Waterstones, and descend into the performance space, you will be charmed. The stage is literally tucked into a corner, and designers Neil Irish and Anett Black make the most of it by creating a wall of curving shelves that contain all the flotsam and jetsam of Prospero’s past life as Duke of Milan. Add to that a couple of curtains to create additional spaces, and you can conjure up an enchanted isle quite effectively. Black and Irish were inspired by the experiences and art of Gauguin in Tahiti in the design—hence a lovely sketch of distant vistas on one of the curtains, and a medley of different cultural influences in the costume designs as well. Ariel’s costume and make up stands out in this respect. The costumes are all cleverly made from bits of cloth that could have been washed up from the shipwreck that brought Prospero and his daughter Miranda to the island. Add to that William Reynolds’ lighting design, haunting music and sound by Max Pappenheim (always essential in The Tempest), and you see an unexpectedly rich canvas on which the production has been created. But this is not easily apparent. You have to take the time—to look, and to listen—to all the island’s voices.

Watch for several innovations. The opening scene of the storm at sea that brings Prospero’s enemies to his shore is cut—instead it is Prospero who speaks the lines while holding a ship tossing and turning in his hands. It’s an effective way of emphasizing the fact that Prospero is a magician who has conjured up the storm. When Miranda enters, the audience is as ready as she is, to hear the story of how father and daughter arrived on the island. There is some judicious doubling. Tam Williams plays both Caliban and Ferdinand—and it works because Williams plays Caliban with a white canvas hood over his head. This device makes Caliban an oddly sympathetic character right from the start, and Williams’ skilled performance means that it takes a while to realize that one actor is playing both roles. Peter Bramhill doubles as Sebastian, Ferdinand’s uncle, with the comic role of Trinculo. Richard Derrington doubles as Prospero’s usurping brother, Antonio, with the drunken butler Stephano. It is a treat to see Lynn Farleigh take on the role of Gonzalo, and she brings a rare clarity and power to his lines.

Whitney Kehinde, as Ariel, is a wonderful sprite with just the right amount of enthusiasm for her work, coupled with fear that Prospero will not honour his promise and release her when her tasks are done. Kehinde is a genuine triple threat and a talent to watch. In fact, the only major weakness in this production is the lack of chemistry between Ferdinand and Miranda, despite the best efforts of Tam Williams (without a hood) and Kirsty Bushell (Miranda). And it is the greatest pleasure to watch Michael Pennington, as Prospero, literally hold the whole production in the palm of his hand. He manages to bring off both the power and vulnerability of the role in ways that allow us to maintain sympathy for the character, while questioning Prospero’s more morally dubious actions.

For clarity of insight into Shakespeare’s last great play, take a chance on the Jermyn Street Theatre’s production. It’s a thoughtful presentation, enhanced by the intimacy of the space, and the skilled performances. 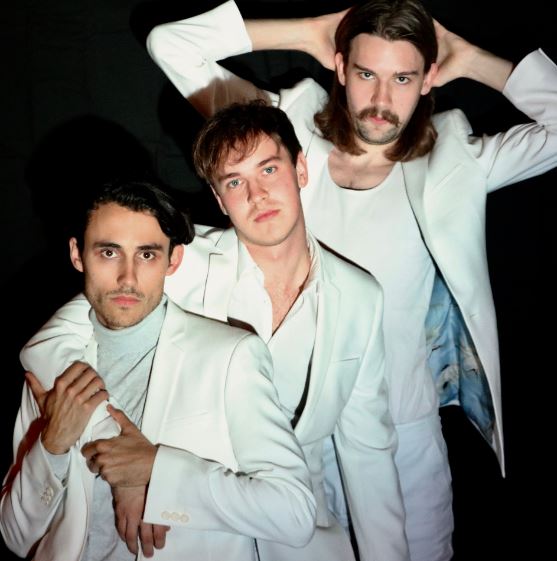 “the chaps are good entertainment for sixty minutes, and the one liners fly fast and furious”

Danger Brigade is the amiable presentation of comedy trio Michael Clarke, James Gault and Ed Jones, otherwise known as the Crybabies. In this fast paced piece, which is set during the Second World War, we see our not-so-intrepid heroes sent off on a mission to Nazi Germany to try and neutralize a demon Rat King, who is of course, set on world domination. Skipps McCoy (Clarke), Porky (Gault) and Chester Daggerboot (Jones) are all deeply conflicted characters with a shared past that they (and we) discover as the plot unfolds. Porky has apparently been left as a baby on the steps of government offices in Westminster, and raised to be a cleaner with a mop as his best friend; Skipps McCoy is an soldier and avid football fan who doesn’t hesitate to sacrifice his child and marriage to the game; and Chester Daggerboot is the suave master of espionage and only child of a doting father. Or is he?

The plot has more twists and character reveals than your average espionage farce, so I’ll simply say that the chaps are good entertainment for sixty minutes, and the one liners fly fast and furious. They step in and out of character (and costumes) with lightning speed (often behind a simple black backdrop that is also used for projections and lighting effects.) The sound effects are played for laughs as well. There’s more than a hint of Peter Cook and Dudley Moore in the accents, the dead pan humour, and the earnestness as things begin to fall apart. But fans of this kind of exercise in nostalgia will find themselves wishing that the writing was a bit sharper, and the jokes more original. The trio show themselves to be masters of inserting exposition as they ricochet from scene to scene, but the joke wears thin after a while.

Nevertheless, Crybabies have a devoted following, and their energy and charm is infectious. Each actor has a distinct style, and the comic ensemble plays on their physical differences to great effect. Recommended for audiences who like to discover new talent. Crybabies will be an interesting company to watch.