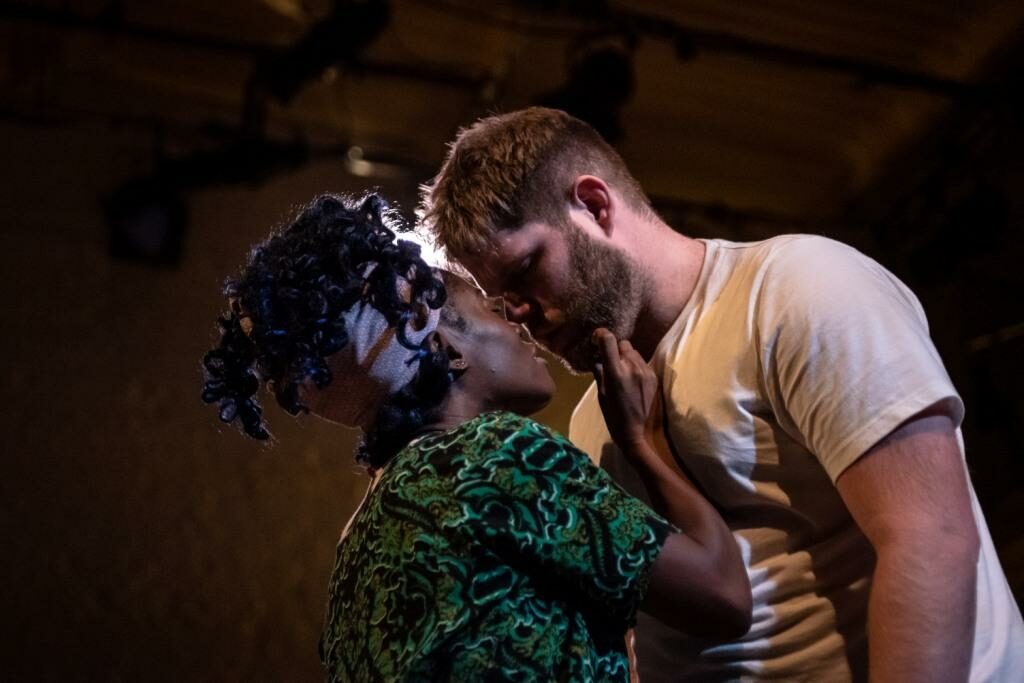 “as completely random and unexpected as it is, it makes me inexplicably happy”

I feel slightly ill-equipped to properly appraise a show that employs so many different contrivances. Dirty Crusty, written by Clare Barron, begins with a plain white origami doll’s house lit from within, accompanied by a voice-over conversation between house mates. Jeanine (Akiya Henry) then appears on the upper stage followed by Victor (Douggie McMeekin) both of whom are holding giant CBBC style microphones. They deliver their conversation half facing the audience, a giant glowing moon projected behind them, and then suddenly they break in to song. They then clamber down to the main set, cast off their microphones and resume a sort of normal narrative.

I say ‘sort of’ because Jay Miller’s direction goes on to use (amongst other things) dance, voice-over narration, another musical number, and strange employment of time. Scenes in entirely different venues, often on different days, overlap: Jeanine and Victor are entangled in bed as Synda (Abiona Omonua) starts her dance class with Jeanine, and vice versa, as Victor initiates conversations about sex fantasies with Jeanine in his flat, whilst Jeanine and Synda are still dancing together in Synda’s rehearsal space.

But whilst the production itself attempts to animate the audience’s disbelief in a myriad of ways, the dialogue and its delivery are painstakingly true to life. Jeanine is thirty-one, and she’s at a difficult juncture. Feeling she hasn’t achieved enough for her age, she looks for ways to improve herself and expand her experiences. She tries to be sexually bolder with her (sort of) boyfriend Victor, and she decides to take up ballet lessons with dance teacher Synda. Her relationships with both are complicated. Sometimes they feed her enthusiasm and sometimes they crush it. Many of the conversations are so close to the real thing that it seems near impossible that they should be scripted. McMeekin’s delivery in particular – every hesitation, every stress – paints such a whole character, full of flaws and good intentions. This seems to be Barron’s particular expertise, having created similarly dimensional characters in her previous work, Dance Nation.

The stage (as designed by Emma Bailey) is built like a wide-set puppet show box, with heavy curtains concealing different sets: One is Victor’s flat, with meticulous Muji furniture; another, Synda’s sparse room, with not much more than a yoga mat for decoration. And a third, hidden for most of the story, is Jeanine’s clothes-covered mess of a hoarder’s room. The ever opening and closing curtains, along with all the other quirky production devices, provide a dream-like quality to the story, somehow magnifying the dialogue’s nuance and conviction.

But just when you think the plot has settled into a more conventional rhythm, (slight spoiler coming up, my apologies) the show ends with a children’s ballet recital- like, actual children ballet dancing. But as completely random and unexpected as it is, it makes me inexplicably happy. And that summary might be applied to the entire play: Completely random, but it makes me inexplicably happy. 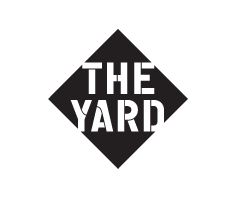 The Yard Theatre until 20th November 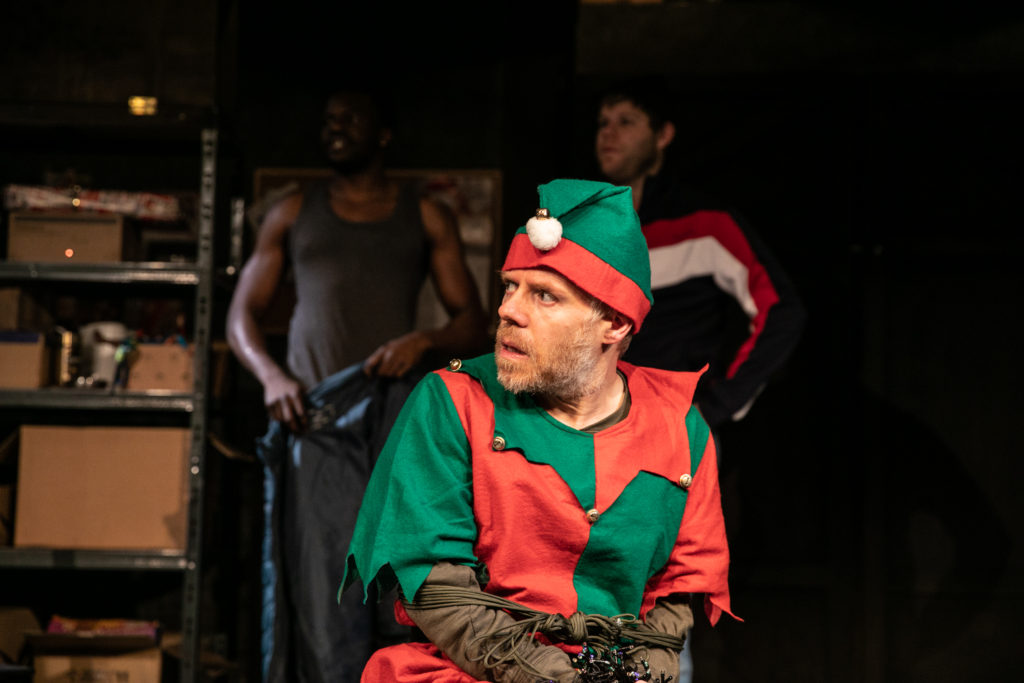