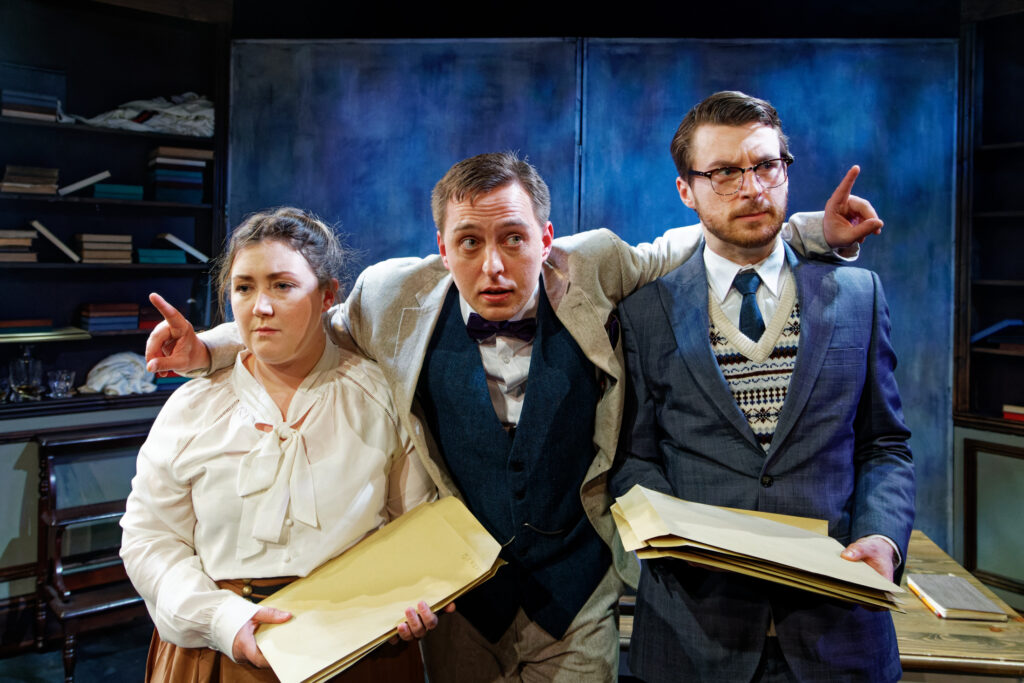 “As in the first play, the drama is broken up by balletic interludes, but less successfully than formerly”

And so on to the second play of the duology The Dyer’s Hand produced by Arrows & Traps Theatre Company, written and directed by Ross McGregor. A delightful opening scene serves as a link between the two plays in which Cecilia Payne (Laurel Marks), having completed her studies at Cambridge, informs the ageing Gustav Holst (Toby Wynn-Davies) that she is about to take up a research post at Harvard; an opportunity impossible for her as a woman to achieve in the UK.

With a soundtrack of jazz and blues, and an array of American accents, we arrive in 1920s USA. The set (Designer Odin Corie) is retained from the first play but with the music room paraphernalia replaced by the scientific. Harlow Shapley (Alex Stevens) with bow tie and bravado is the director of the new Harvard astronomy department and oversees the work of historical scientists Annie Jump Cannon (Cornelia Baumann), Adelaide Ames (Lucy Ioannou), Donald Menzel (Edward Spence) and the newly arrived Cecilia Payne. There is little sense of drama in the work they do – counting and cataloguing stars – but a running gag about whether Donald can have a cookie and some stoical one-liners from Annie show there are laughs to be had. Lucy Ioannou lights up the stage as Adelaide with an effervescent performance that provides welcome colour amidst the grey. Marks continues her good work from the first play, portraying Payne as ambitious but socially awkward. When Payne makes her ground-breaking astronomical discovery, she is reduced to tears of despair by top scientist Henry Russell (Toby Wynn-Davies) when we might have hoped she would stand up to be counted. Wynn-Davies, with a desperado moustache and softly spoken drawl, brilliantly plays Russell rather closer to Bond villain than senior astronomer.

As in the first play, the drama is broken up by balletic interludes, but less successfully than formerly. An extended dance sequence mourning the tragic death of Ames distracts from the main direction of the plot. A very well created cinematic cartoon of a car journey, excellently mimed by Marks, Spence and Ioannou, provides light relief but does not fit within the style of the rest of the production.

A flash forward at the end of the play shows us Payne finally being awarded the Professorship she has long craved, and the play reinforces the well-made message that women have been held back in the field of science through centuries of male tradition and misogyny. A late scene also links the two parts of this epic undertaking with Payne and Holst reunited to reminisce on the journeys they have undergone. With it comes the opportunity to show again the on-stage chemistry existing between Wynn-Davies and Marks. 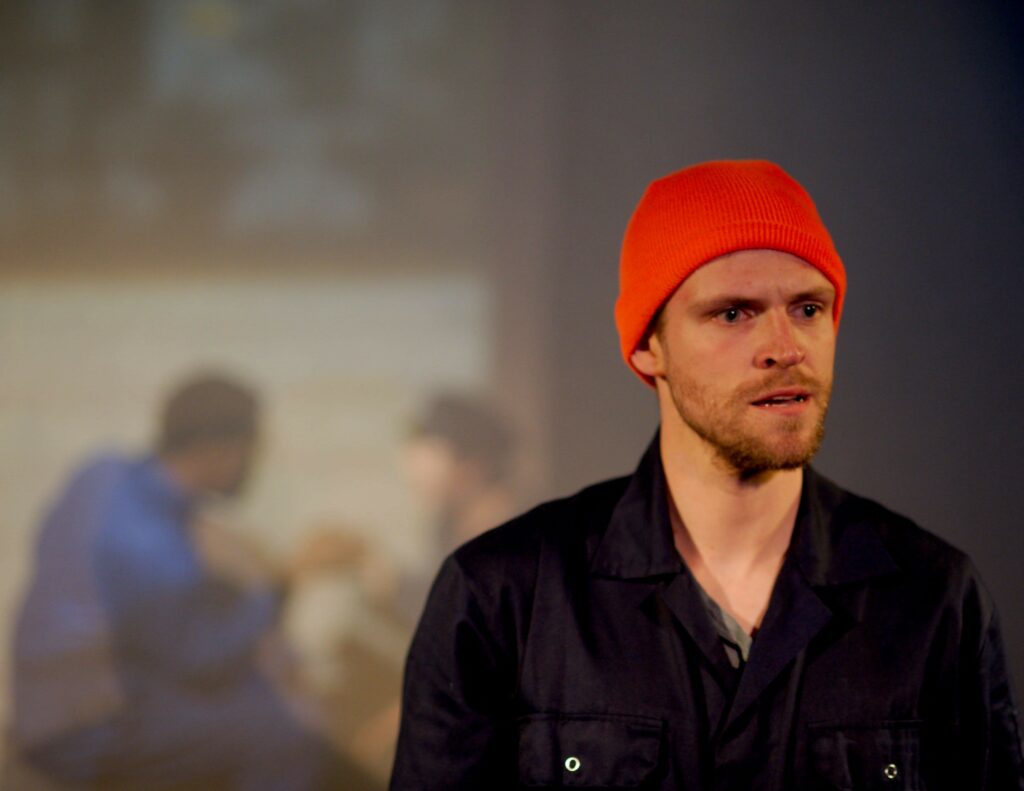 When Ishmael arrives at ‘The Spouter’ run by Peter Coffin, it’s clear Moby Dick’s author, Herman Melville, loves an ominous portent, so he would have loved the fact that the opening week of Douglas Baker’s stage adaptation started with a dead humpback in the Thames. However, with humanity’s disregard for nature a central theme of both the book and this radical new envisioning, Melville would have seen the current climate change protests as just as relevant and a dark testament to his prophetic work.

Rather like Theatre Workshop’s ‘Oh! What a Lovely War’, the full throttle irreverence in the treatment of a deadly serious subject is a powerfully winning formula for this ‘So it Goes Theatre’ production. Accentuating the homoerotic undercurrents and humour of the original while modernising its scope to encompass the problems of junk food, plastic waste and reckless corporate behaviour, the show miraculously manages not only to remain faithful to the essence of this literary leviathan, but to make it fresh and accessible though the inventive use of projections, Baker’s own video design and some corking sea shanties (Alex Chard).

It’s not immediately clear that the approach will hold water. The opening sketch leading to the book’s iconic first line ‘Call me Ishmael’, is inspired, but seems to be based on the trivial fact that Starbucks derived its name (fairly randomly) from the Pequod’s first mate. However, the storyline cleverly pivots into Ishmael’s meditation that whenever life becomes formless and incomprehensible on land he hankers for the sea, where a sense of comradeship, structure and purpose creates, paradoxically, more certainty. Which is all fine until Captain Ahab’s obsession with the great white whale increasingly becomes a madness that embraces murder and waste without conscience.

Charlie Tantam conveys Ahab’s destructive will with increasing force, assisted by a terrifyingly exaggerated limp. Equally accomplished are Rob Peacock as Old Ishmael and Ben Howarth as Young Ishmael; collectively they comprise an ingenious narrative tool allowing the book’s narrator voice to survive alongside the thrill of the protagonist’s journey. Stephen Erhirhi is a distant and disengaged Queequeg at first, though his detachment takes on heavy significance later as he accepts the fate that the humanity of which he is a part has in store. Lucianne Regan plays Starbuck fairly straight too, but as an ensemble they are well balanced and create the movement of the ship in a storm and the hunting scenes with great skill. Technically slick, the lighting (Toby Smith), sound (Calum Perrin), music (Richard Kerry) and movement (Matthew Coulton) coalesce to create a West End experience in miniature, overseen by Douglas Baker’s direction. This format for Moby Dick neutralises the dense 19th Century prose without losing some of its finer passages, whilst delivering quite the topical punch.