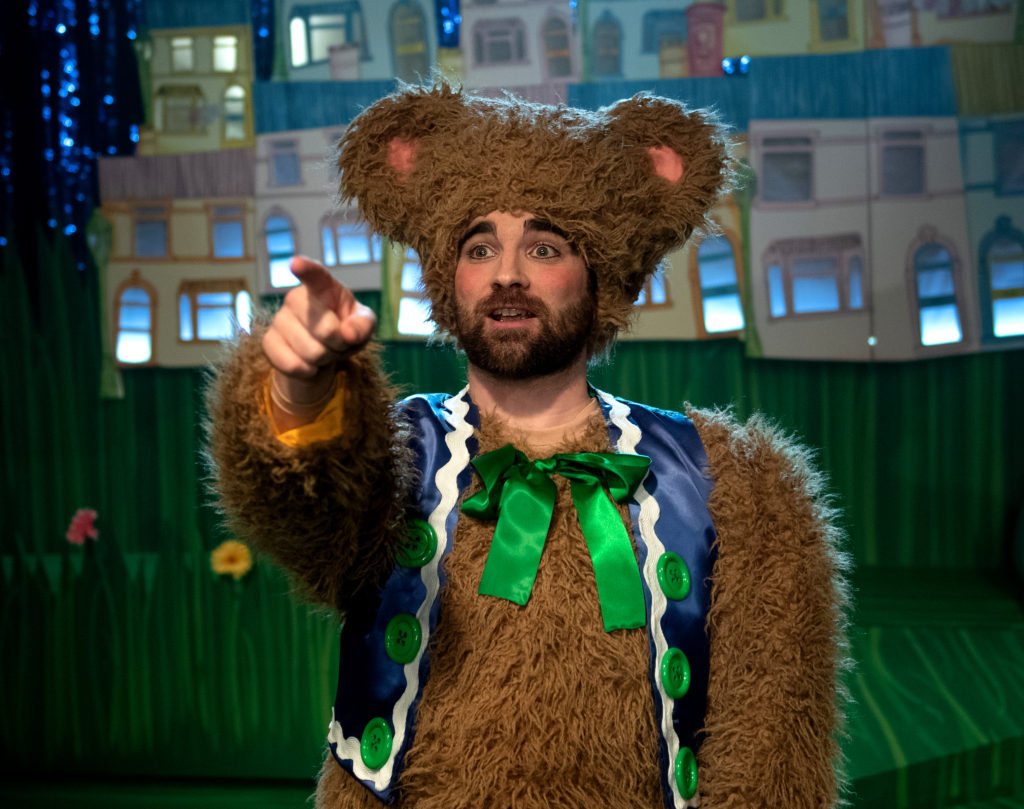 “a highly entertaining, titillating beast of a show”

It’s beginning to look a lot like Christmas…. Especially now that Panto season has come upon us. That’s right boys and girls, the time for inneundos, “he’s behind you!”, and more glitter than you can shake a bauble at, has come around again. For the 12th year in a row, Charles Court Opera (CCO) are mixing up the Panto festivities with their imaginative retelling of a classic fairytale. Buttons: A Cinderella Story is full of the camp charm you would expect, but flogging saucier double entendres for its ‘adults only’ performances that admittedly don’t always hit the mark. Although some parts fall rather flat, this is overruled by the good … which is really very good. With inventive lyrics to songs and twists to the well-known story, CCO create a refreshing new take on the often stale Panto form.

Cinderella (Eleanor Sanderson-Nash) does not take centre stage in this telling. Gone is the glass slipper. Gone are the evil stepmother and stepsisters. Instead, we follow Buttons (Matthew Kellett), Cinderella’s teddy bear, who wishes he could be a real boy so that he could tell Cinderella how much he loves her. Poof! In a cloud of smoke Buttons’ Fairy Godfather grants him his wish. But, making Cinderella fall in love with him proves a challenging task. She has her heart set on marrying a prince. By luck the smug yet suave Prince Charming (Jennie Jacobs) has ridden into town with his manservant Dandini (Emily Cairns) but there’s an unnerving, darker side to his Royal Highness yet to be discovered. All comes to a head at the Prince’s ball, with romantic dilemmas, shenanigans galore, and a whodunnit mystery.

David Eaton does an excellent job in reworking the lyrics of existing pop songs to much comic effect. The reimagined use of Bohemian Rhapsody is inevitable with the recent release of the film with the same name. The new version of Thriller is a particular highlight, cleverly reinterpreting not just the lyrics but also the iconic dance moves to fit the storyline. Matthew Kellett as Buttons wins the prize for tugging on the audiences heart strings with his rendition of Radiohead’s Creep. Overall, the singing in the show is of an exceptional standard, with harmonies to die for.

Being an adults only performance, with no kids to do all the shouting back and participation, there was some reluctance from the audience to take part (some people almost forcibly dragged onto the stage). However, in spite of this, the audience did warm into spurting the usual comeback lines.

As much as an outrageous retelling was promised, the final product is actually rather tame. There are some surprising twists from the usual Cinderella story, however, it could have been made darker and stranger in other places. Nevertheless, this is still a highly entertaining, titillating beast of a show. It certainly beats some of the typical Panto fare that can be rather nauseating. Raucous festive fun to get you in the Christmas spirit.