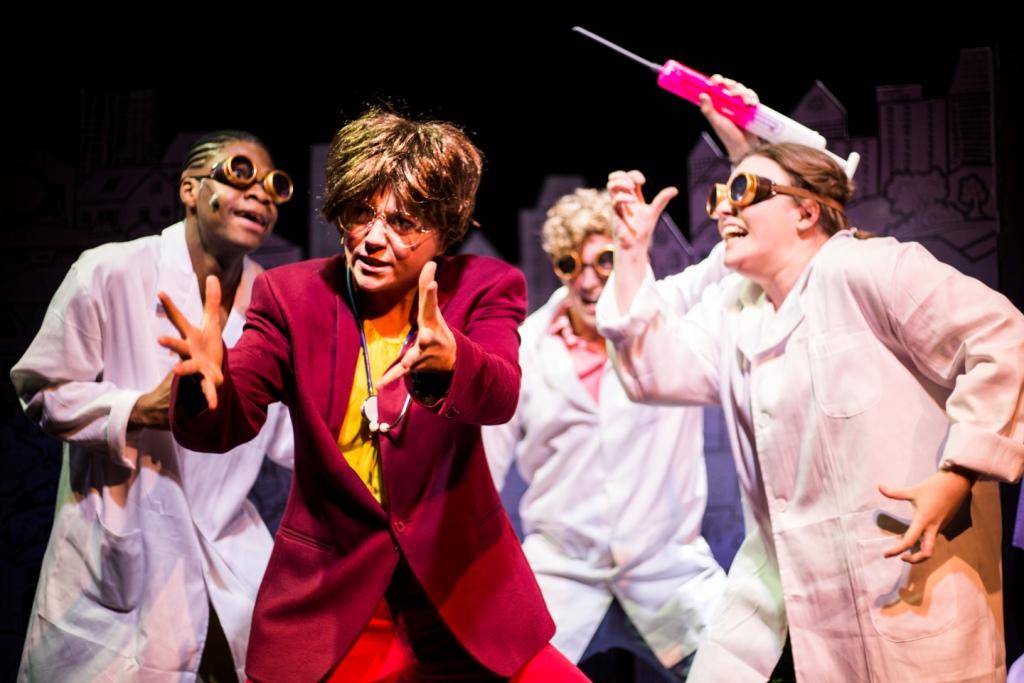 Nothing ever happens in High Wycombe. Bryony Buckle spends her days living alone with her cat Elton, working a monotonous office job with her friend Poppy, and crushing on her colleague Orson. But one day, the combination of a hormone injection from her doctor, and being struck by lightning on her way home, results in Bryony waking up with superpowers! She decides to use them for good: Wherever men are arseholes, Vulvarine is there to stop them. But it isn’t long before she’s challenged by an evil scientist: The Mansplainer. Can Vulvarine and her friends defeat him?

Fat Rascal Theatre continue to set the bar for off-West End musicals. I was lucky enough to catch their Beauty and the Beast: A Musical Parody back in November at The King’s Head, and arrived at VAULT Festival last night with impossibly high expectations. Their Beauty and the Beast was the most fun I’d had at a show in ages; it was a question whether they’d be able to match their own standard. But without doubt, Fat Rascal have done it again. Vulvarine is a triumph of musical theatre.

A powerhouse of a show, Vulvarine is an astoundingly clever and absolutely hilarious musical parody of the superhero genre. It’s also feminism at its silliest and most entertaining. West-End voices belt out smart, witty lyrics (Robyn Grant, Daniel Elliot) to fun, highly accomplished music (James Ringer-Beck). The performers are superb. Their comedy is faultless, their parody expert.

Self-aware humour is one of Fat Rascal’s own superpowers. With a somewhat lower budget than the typical Marvel film, they create a brilliantly funny aesthetic with cheap wigs, comically fast costume changes, flimsy props, and total mockery of ‘effects’ (a handheld vacuum in reverse is the wind as Vulvarine ‘flies through the air’). The show is laugh-out-loud from start to finish. The audience really almost never stops laughing. There ought to be a warning for anyone prone to hysterical fits; some people lost it completely.

Allie Munro is equally lovable and fierce as Bryony/Vulvarine. Jamie Mawson is delightful as the ‘pretty’ love interest, Orson (a nice gender swap from typical Marvel plotlines). Steffan Rizzi is great as Sonya, and sings a particularly powerful solo – “Boys Will Be Boys” – which is done with surprising heart and skill. Robyn Grant and Katie Wells slay their multi-rolling performances. All of the voices in this show belong on much larger stages. It’s a rare treat to find musical comedies on the fringe circuit that are as technically good as they are funny.

Fat Rascal Theatre are at the top of their game. An undeniable hit, Vulvarine is the latest addition to their list of victories. The show is shamelessly silly fun, created by powerfully talented people. You’ll be hard-pressed to spend a more enjoyable hour and fifteen minutes in a theatre. 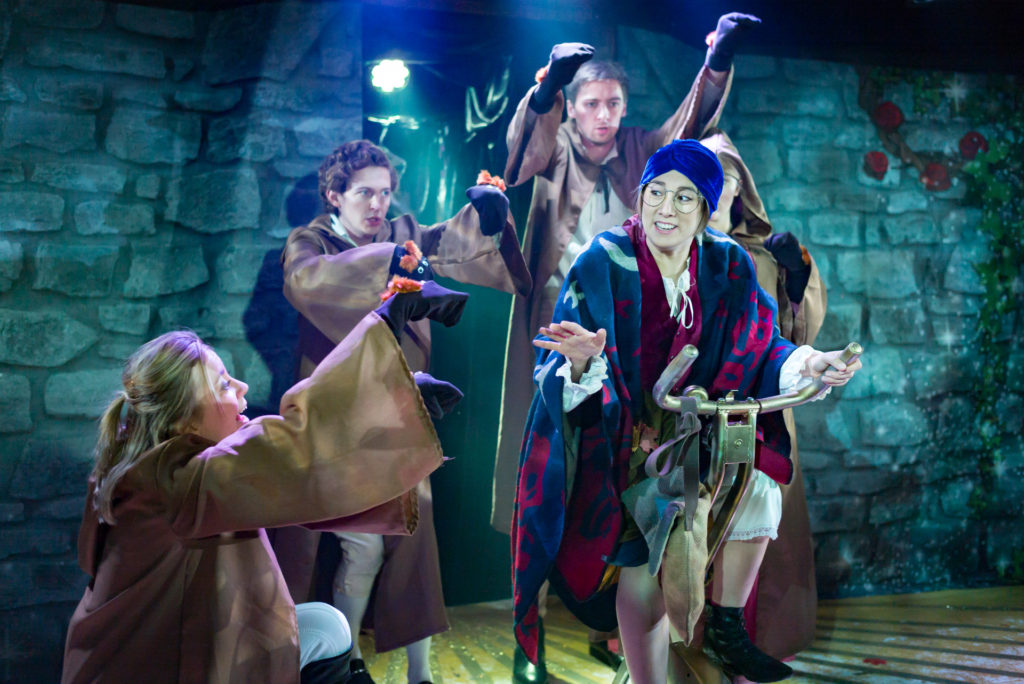