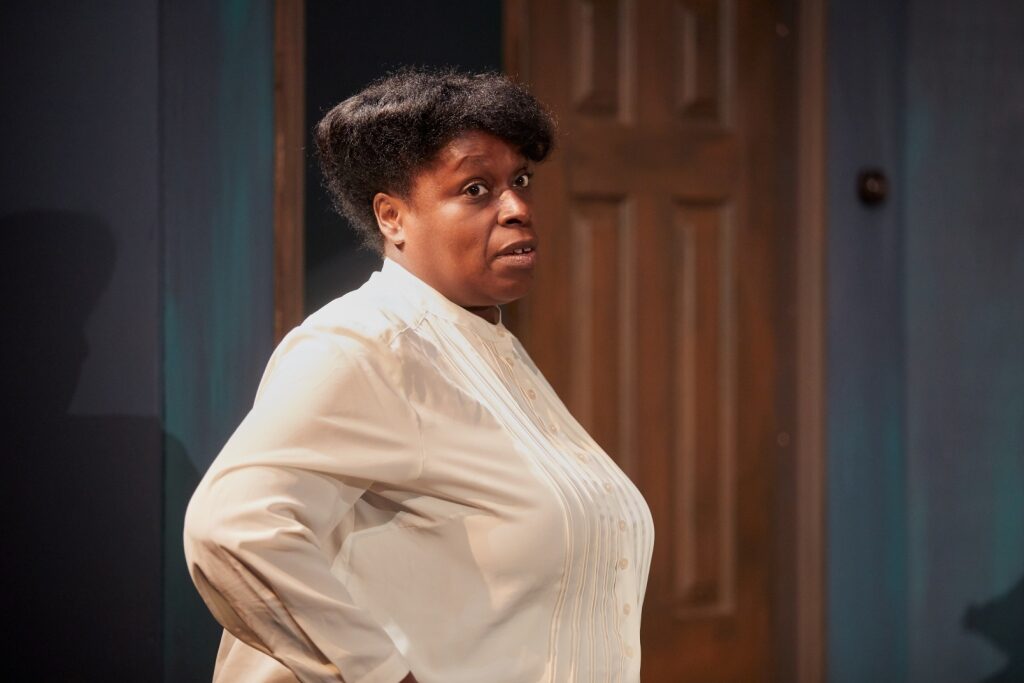 “a hugely enjoyable watch which will have its audience gripped”

Mrs Alicia Christie (Abigail Cruttenden) has the perfect upstanding family life. Or so she would like you to believe. Below the surface of formality, there bubbles intense resentment and one-sided jealousy between father Robert (Ian Kelly) and son Roy (Jack Staddon), the latter of which is due to be wed in four days to the beautiful Louise (Jemima Watling). Daughter Thea (Eva Feiler) offers some respite to the family’s persistent quarrelling, but tensions are consistently high and the stressful burden of playing happy families is taken on by the dutiful Alicia.

When Alicia goes out to the local department store to buy some groceries for dinner with Louise’s parents, she makes a split-second decision that shocks both her family and herself. Enlisting the services of ‘mind specialist’ Dr. Hawkins (Nicholas Murchie), the well-to-do family attempt to understand what led their dear matriarch to commit such an act. Black Chiffon, written by Lesley Storm in 1949 and directed here by Clive Brill, is about family, social preservation and the often-unrecognised struggle of the harmonising mother.

The acting is strong from all parties and the characters highly believable. Cruttenden commands the stage with her defiant motherly strength and Kelly does well to act the detestable and distant father. Staddon and Feiler have good sibling chemistry and Watling – in the same role her late grandmother, Patricia Watling, played in the 1950 Broadway production – is the perfect simpering bride. Murchie is witty and quick and his conversations with Cruttenden comprise some of the play’s best moments. The dialogue can be a bit cliché at times such as the grand announcement that closes the first act, but in general the script is solid and intriguing.

The set (Beth Colley) is wonderfully elaborate. The play’s action takes place in the drawing room, a decorated space with dark green walls and a large window to the right. An ornate camelback sofa, armchair and round mahogany coffee table are centre stage. A well-stocked drinks cabinet sits on the back wall next to a small table with a telephone. The actors enter and exit from stage left through a pair of double doors that can be pulled to. The audience also walks through these and along a short corridor decorated as if part of the house to reach their seats which is a nice touch in immersing them in the space.

Despite this limited setting, the play gives a good sense of space beyond the drawing room. The characters comment on the hustle and bustle elsewhere in the house and we hear cars pull into the drive. A painting hanging above the fireplace is remarked to be a painting of the house’s Embankment surroundings some years ago, and the characters regularly gaze out the window.

Each act is marked by a fade to black in which the family’s maid Nannie (Yvonne Newman) bustles around the house tidying and rearranging. Beyond this, the lighting (Pip Thurlow) is only notably used to create a sense of day and night through the window. This is at its best when vibrant oranges and pinks create an early morning glow. The costumes (Neil Gordon) were good and of the era with Cruttenden treated to a fabulous array of dresses and headpieces. The music – taken from David Darling’s album ‘Cello’ – creates a strong sense of foreboding and anxiety.

Brill’s production of Black Chiffon is a hugely enjoyable watch which will have its audience gripped. The performance is slick and carries itself with the same dignity to which the Christie family aspire. 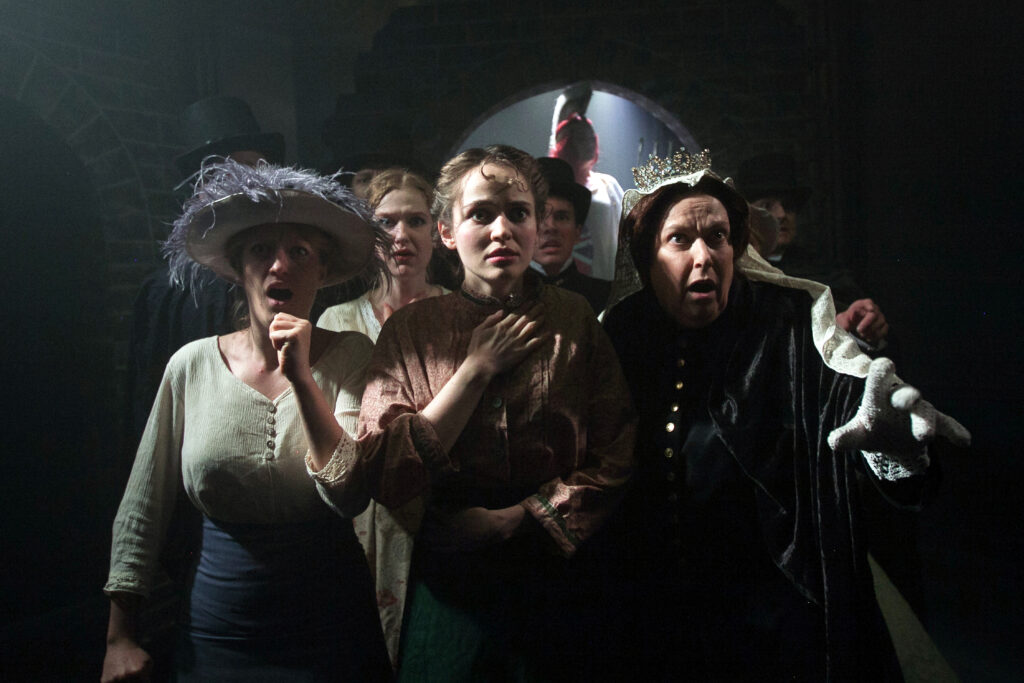