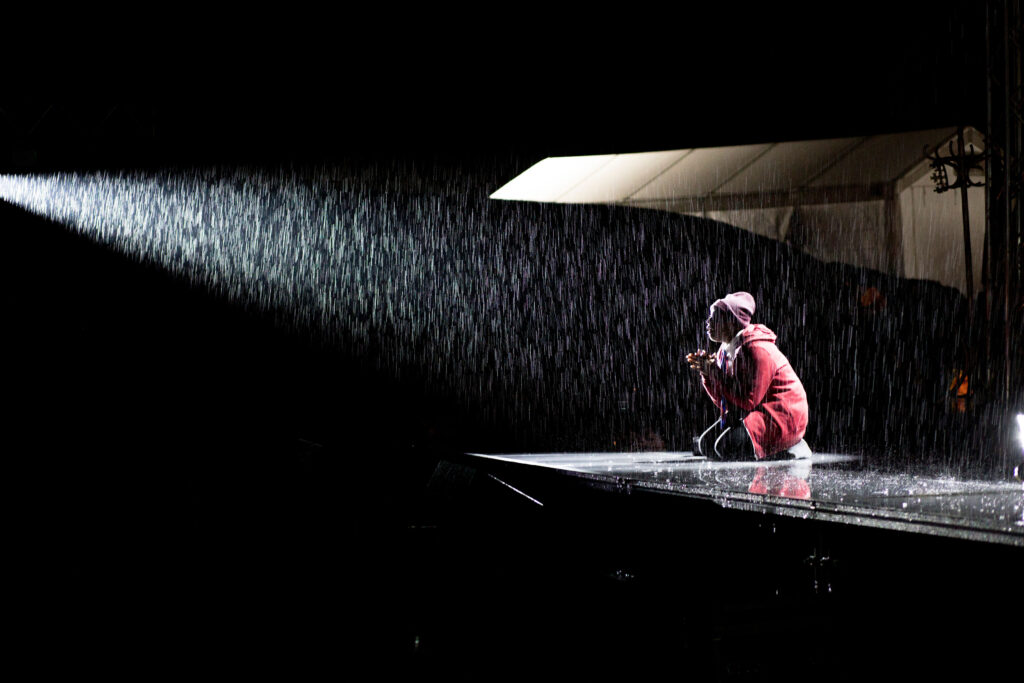 Lockdown appears to be easing in many walks of life, but it is unfortunate that the theatre world, in particular, is still struggling to get back on its feet. The government announcement allowing indoor events is very welcome although there is still a fair bit of ground to cover. In the meantime, open-air theatre is stealing the spotlight, and a very fine example of this is the Maltings Open Air Theatre Festival, set in the unique Roman Theatre of Verulamium just on the edge of St Albans. As part of the festival, Shakespeare’s “Henry V” is running in rep throughout August.

Whilst our theatres are nursing their wounds from the battle against the pandemic, outdoor theatre has another foe, too, in the English weather; and “Henry V” opened just as the heavens did. But mercifully the downpours showed some restraint for the crucial ninety minutes and rain didn’t stop play: the show must go on, and the true spirit of the cast thrives, matching the trumpet calls that herald Shakespeare’s historical text.

“Henry V” is an ambitious play. It is difficult to represent the great battles of Harfleur and, more importantly, of Agincourt. It relies heavily on the collective imagination of the audience, and here it is aided too by the individual imagination of director, Matthew Parker. Embracing the current restrictions, Parker presents the play as a rehearsal for a school production. The teachers and students have gathered together in the summer holidays to rework their production of “Henry V” that was presumably curtailed earlier in the school year. They have to alter the staging to make it socially distant and safe. Costumes can only be touched by the actor wearing them and no-one can share a prop – each cast member assigned different coloured tape to enforce this. The action is interrupted whenever actors get too close to each other. It is a clever way if incorporating the regulations into the performance itself.

The cast brilliantly capture the atmosphere of the classroom in recess where familiarity and authority have license to flirt with one another. The flipside, however, is that one is drawn to these characters more than to the Shakespearian characters they are portraying, and Shakespeare’s text plays second fiddle. The complexities of the subject, and the contrasting views on patriotism and warfare, do get swept aside by the occasional over-projection and caricature. Nevertheless, the cast are masterful at multi-roling and eking out the comic potential. Felipe Pacheco and James Keningale stand out, playing seven or so characters between them; and Rachel Fenwick shines as the French King’s daughter, Katherine, especially during the iconic scene in which she attempts to improve her English.

But all in all, it is an ensemble piece that is refreshingly pacey and fizzes with energy. The electricity that seems to crackle form the stage is not just the early signs of the impending thunderstorm. The setting is stunning: an excavated Roman amphitheatre that is nearly two thousand years old. For over a millennia it was buried, but it lives to see the light of day. A fitting backdrop for one of the first productions to emerge since lockdown. The spirit of theatre cannot be dampened – by an invisible enemy nor by the English weather, and this feisty production of Henry V is testament to that spirit. 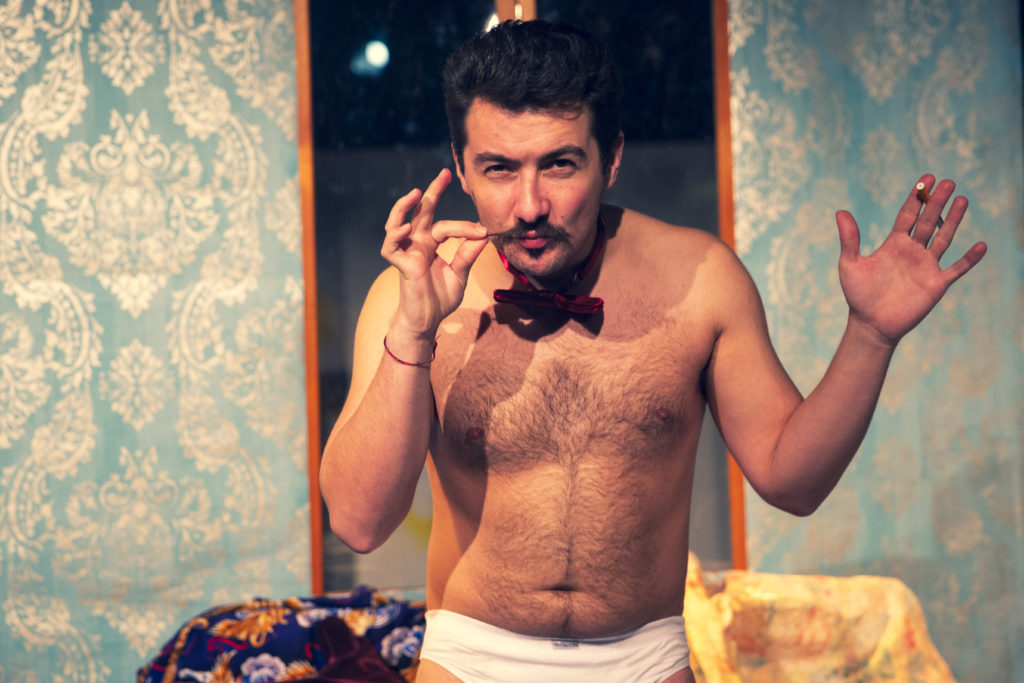