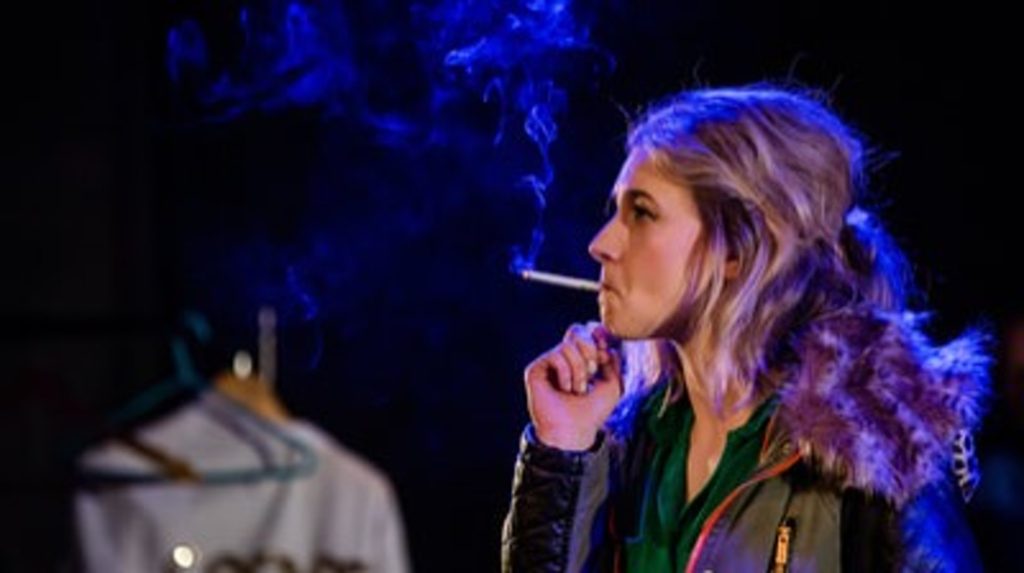 “If you were affected by any of the issues raised in this programme…” is such a common tagline on our television screens nowadays, that most people have become inured to it. A quick surf online shows that where there is still a reaction to the announcements, they are usually ones of annoyance at their ‘Nanny-State’ superficiality. Understandable perhaps, but unfair and unreasonable. In reality, these helplines do have a significant impact in encouraging people to seek help for a wide range of problems.

“Silent Uproar” adopt the same sense of responsibility by exit flyering their show “A Super Happy Story (About Feeling Super Sad)” with details of where to get support for those struggling with mental health. The award-winning company makes theatre to “make the world a little less shit”. Maybe not the most highbrow tagline, but it is true to their playfully honest approach. And it also helps sweep away the preconception that a musical about depression is going to make for a pretty cheerless evening. “A Super Happy Story…” is anything but cheerless. Written by Jon Brittain with music by Matthew Floyd Jones, it is an uplifting and insightful cabaret about a young woman’s fight with depression.

Sally (played by Madeleine MacMahon) is “fine”, as she repeatedly tells everybody (Sophie Clay and Ed Yelland – impressively playing a diverse roll call of all the other characters). MacMahon brilliantly encapsulates the manic over insistence on having a good time with which Sally embarks on her journey. It begins with denial, then runs the gauntlet of anger, bargaining and acceptance after which she gets better. We think the show is reaching a natural happy ending. But then we are harshly reminded that every silver lining has its own black cloud.

It’s not a ground-breaking message, but the delivery and the performances of these dynamic character actors certainly make you stand up and listen. Clay and Yelland, as Sally’s best friend, boss, mother, boyfriend and much more, are hilarious. Yet they also manage to convey the minefield one needs to navigate when treading the path towards recovery. They understand completely the notion that if you can amuse an audience, you will find that they are far more receptive to what you have to say. The show packs a powerful punch while making you laugh out loud.

The songs slot into the action like interludes between the chapters of Sally’s life, with tight harmonies accompanied by a lone pianist to the side of the stage (it is unclear, though, whether this is Floyd Jones himself or Tom Penn, the credited touring MD). Again, the juxtaposition of upbeat melodies with weighty words shrouds the educational aspects of the show in entertainment.

Depression often feeds on being ignored, which is part of the crux of Sally’s story. This is a show that cannot, and must not be ignored. It is heartfelt and rings absolutely true. Depression might never really go away but, as Sally ultimately declares; “I’m not bad. And not bad feels pretty damn good.”

Nobody can accuse this show of merely being ‘not bad’. I’d say it’s ‘pretty damn good’. 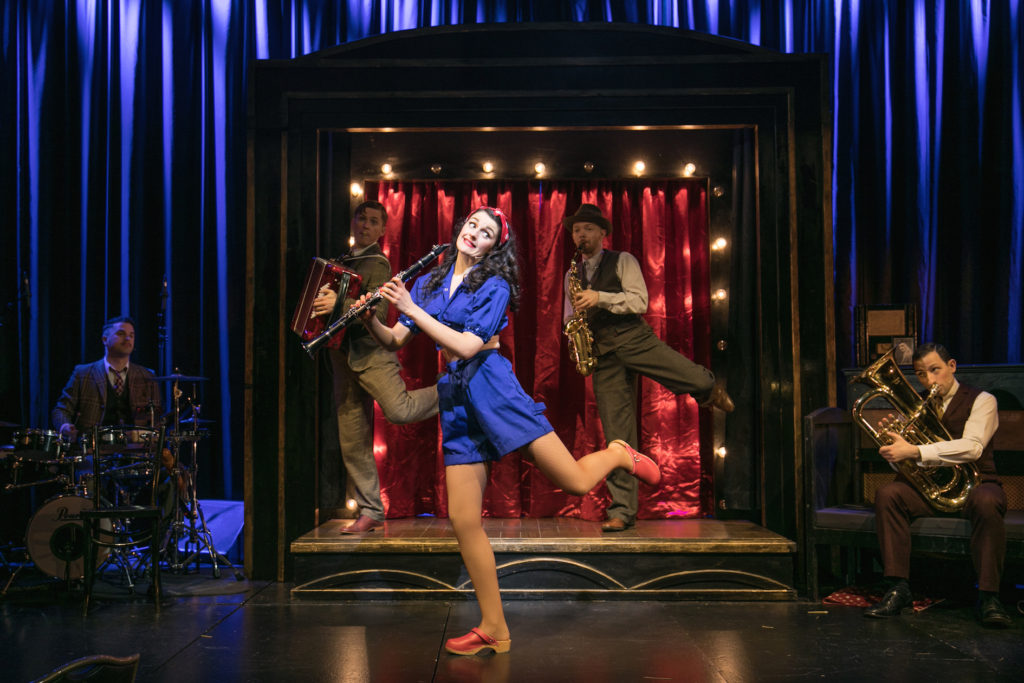 It is 1942 and life in London is a daily ordeal. Blackouts, bombs and The Blitz. Although Matthew Bugg’s musical, “Miss Nightingale”, is set among the hail of enemy bombs it actually concentrates more on the ‘enemy within’; a phrase coined to describe the plight of homosexuality at the time. In an atmospheric, and perhaps overpromising opening scene, two men share a cigarette and exchange sexual promises in the shadows. They, rather than the bombers overhead, are the target of the searchlights, and in a similar way Bugg has narrowed the focus to create a very human story in the heart of our war-torn capital.

Maggie Brown is a nurse and aspiring singer sharing a flat with George, her song writer and a Jewish refugee who still pines for the uninhibited world of 1920s Berlin. With unlikely swiftness they secure a gig at the newest nightclub in town, owned by the socialite Sir Frank Worthington-Blythe. Maggie’s beau Tom re-christens her ‘Miss Nightingale’ and the musical duo become a West End hit. But their success and happiness are threatened by secrets, blackmail, betrayal and forbidden love.

The programme cites Bugg as the writer, director, producer and he is also in the cast and plays piano, saxophone, violin, clarinet and double bass. Clearly it is a labour of love and with that comes the inevitable label of ‘vanity project’. It clearly isn’t, though, yet it could benefit from an outside eye, particularly as it has been doing the rounds for quite some time now. The story is thoroughly engaging but the dialogue frequently touches on cliché, and complexities of character are often lost in innuendo. But any shortfalls in the book are compensated for by the score and the sweeping enthusiasm of the actor musicians. Lauren Chinery, as the eponymous Miss Nightingale, is the show stealer; acting, singing, dancing and playing saxophone and clarinet in a blaze of a performance; all with a twinkle in her eye that tells the audience she is loving every minute. She is in great company too, with a close-knit quality to the cast that make this production a joy to watch. Matthew Floyd Jones, as her gay best friend George, gives a moving portrayal of a man struggling with illicit love, effortlessly slipping into song, particularly during solo numbers; ‘I’ll Sing For No One But Myself’ and ‘Mein Liebe Berlin’ which puts us right in the heart of the world of ‘Cabaret’.

Where the first act lacks any real sense of danger, the second act comes into its own and the slapstick gives way to the drama we have been waiting for, poignantly reminding us too of what it was like to be a gay man before the decriminalisation of homosexuality. Bugg excels at bringing these characters together with a cast that re-defines ‘triple threat’. When not in character each multi-instrumentalist cast member becomes part of the mini-orchestra.

This is ultimately an uplifting piece of musical theatre that boosts morale in the spirit of the time it is set. The underlying sub thread of the war-time narrative is that there’s nothing like the threat of death to make people determined to get the most out of life. Likewise, this show, that has supreme potential, still needs to navigate some of the obstacles that lie in the way of the long life it deserves. But I have little doubt that this particular cast, whose own morale needs little boosting, can help break the barriers.

Hippodrome Casino until 6th May