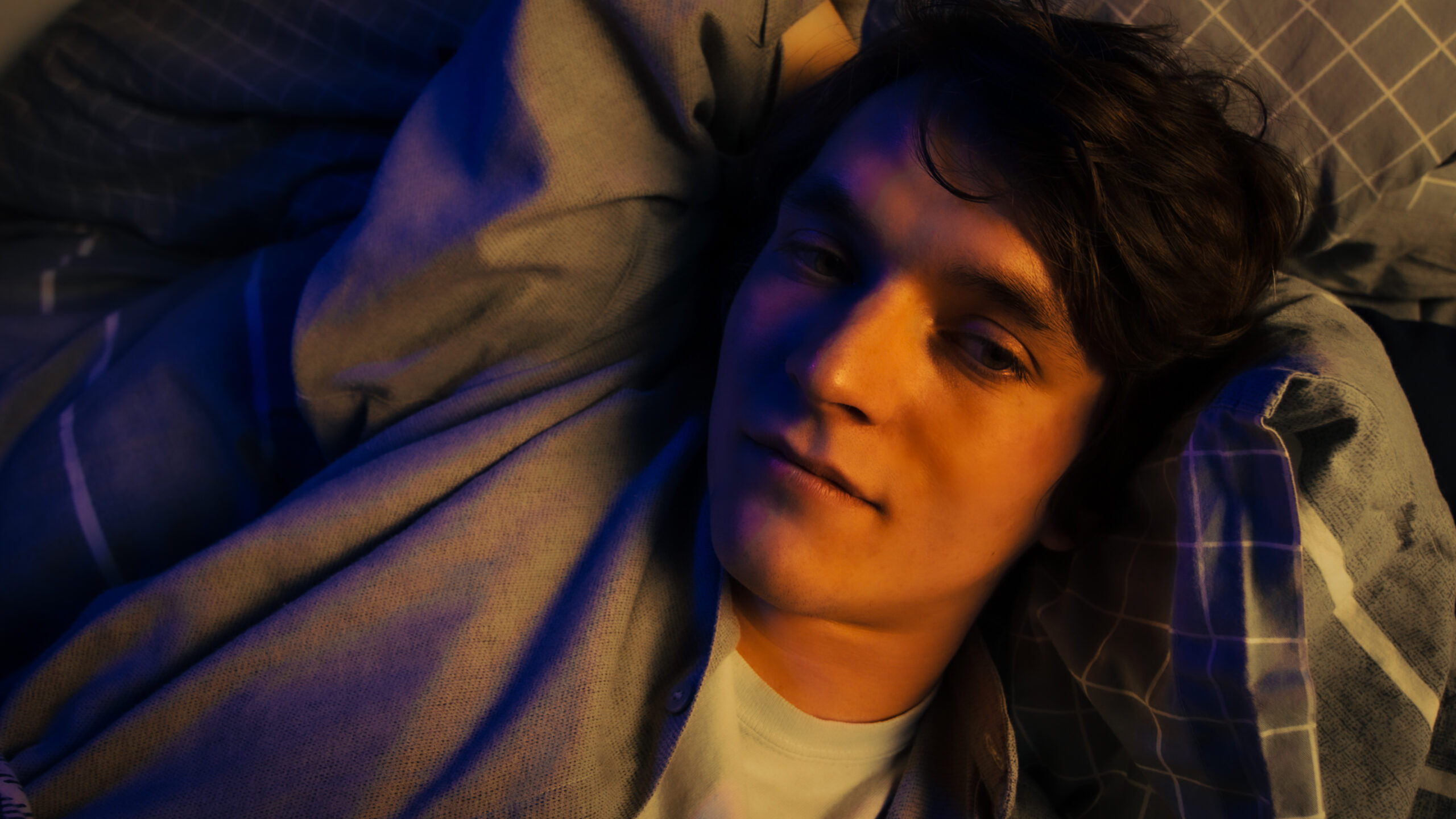 Minutes after watching the evening News Special featuring the Prime Minister declaring ‘Lockdown 2’, I switched off to watch the online stream theatre production of “What A Carve Up!”. The timing is perfectly apposite, not just because this production is one of the finest examples of the way theatre is having to adapt to reach audiences in the face of a pandemic, but also because the presentation, the treatment and the execution of the story is brilliantly and almost painfully relevant, forcing you to think twice (at the very least) about where we are, and how did we get here?

A co-production between the Barn Theatre, Lawrence Batley Theatre and New Wolsey Theatre, the show is cleverly constructed as a docudrama, based on the novel of the same name by Jonathan Coe published in the early nineties. The original novel, which was hailed as one of the finest English satires at the time, focuses on the fictitious Winshaw family: a dynasty that embodies absolutely everything that is politically and socially corrupt. A family that represents the narrow, self-serving interests of those in power whose influence in (or rather control of) banking, the media, agriculture, healthcare, the arms trade and the arts (the list goes on) ultimately leads to the bloodbath in which they perish; their individual violent deaths reflecting their particular professional sins.

That is not a spoiler! It is merely the starting point. Henry Filloux-Bennett picks up on the story thirty years later with razor-sharp insight and the benefit of hindsight. One of Coe’s novel’s protagonists was Michael Owen, a writer who is the prime suspect in the murder investigation. In Filloux-Bennett’s update the focus is on his son Raymond as he questions the evidence. Alfred Enoch plays Raymond, stealing the show with a captivating portrayal of a dispossessed son, robbed of truth and justice as well as family. He narrates his story straight to camera in the style of a YouTube podcast. In tandem, director Tamara Harvey cuts to a present-day televised interview with the only surviving Winshaw family member. Tamzin Outhwaite is chillingly cool as the interviewer who, on camera, surreptitiously conveys her dislike for her subject; a stunningly honest and believable performance from Fiona Button who portrays the dewy-eyed glamour that ultimately fails to conceal a hard pragmatism inherited from her forebears. The rest of the piece is filled with the ‘who’s who’ of theatre delivering cameos, including Sir Derek Jacobi, Stephen Fry, Sharon D Clarke, Griff Rhys Jones, Robert Bathurst, Celia Imrie, Dervla Kirwan, Catrin Aaron, Jonathan Bailey, Jamie Ballard, Samuel Barnett, Jack Dixon, Rebecca Front, Julian Harries, James McNicholas and Lizzie Muncey.

In an hour and three quarters the subject matter is in danger of being a little stretched but never does this feel over long, and the frequent use of repetition, flashback and re-takes only strengthens the narrative and the message. “What A Carve Up!” is a riveting piece of online theatre; a potent mix of Agatha Christie and Michael Moore that thrillingly keeps you on your toes. The strands are sometimes complicated but eventually weave together beautifully to reveal the whole picture. And it is frightening. Coe’s book is a political satire that in Filloux-Bennett’s hands is just as resonant as ever. If not more so. The Winshaw’s were the epitome of what went wrong back then in a time of ideological change. Whatever your persuasion, this production seems to indicate that we now live in an age of political shamelessness, cruelty and indifference that the Winshaws could only have dreamed of. The skilful impartiality of the subtext is a credit to the writing and the performances. At no point are we coerced into a way of thinking, but the audience, though in isolation across the nation, are probably moved in similar ways.

This production is unmissable. A triumph. Delightfully entertaining and just as thought provoking. Occasionally hard going, but worth hanging on to the bitter end. The closing lines, delivered by Alfred Enoch, are uncannily and deliberately timely. And indescribably heart-breaking.

Online via whatacarveup.com until 29th November