WE WERE PROMISED HONEY! at the Soho Theatre 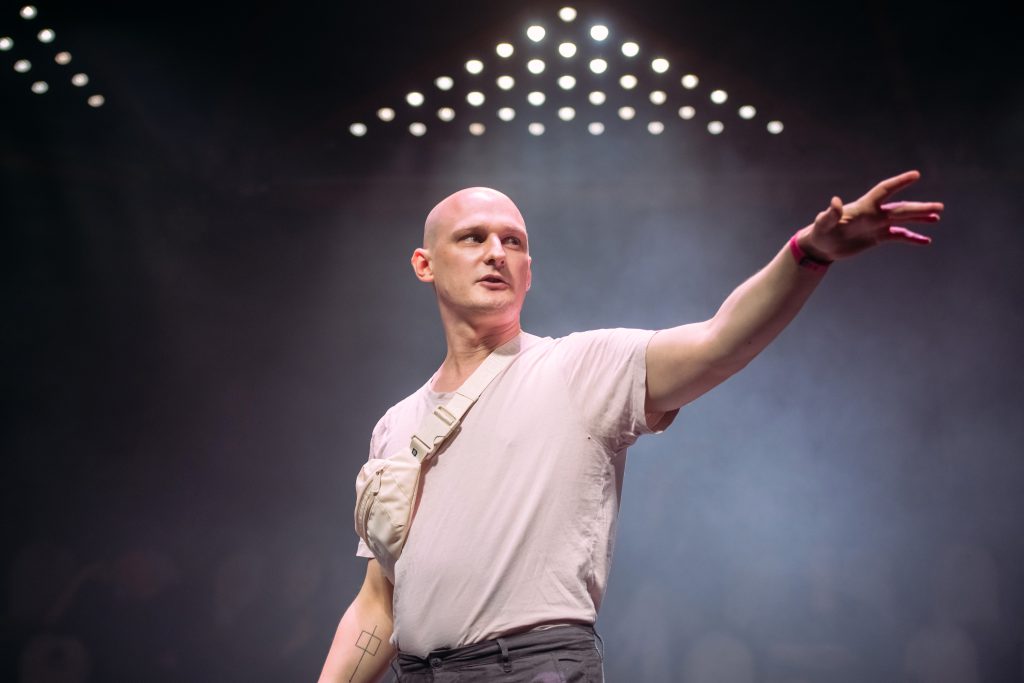 “It’s a sunny outlook on a very bleak landscape, but somehow it does the trick”

After singing along to two choruses of ‘Take Me Home, Country Roads’ with writer-performer Sam Ward and the rest of the audience, my theatre buddy takes her arm from around my shoulders as the lights go up, turns to me, and, smiling blissfully, says, “I didn’t get it.” That’s almost as much as you need to know really.

We Were Promised Honey! is a calmly conveyed confusion: In August 2018 a baggage handler, Richard, stole a plane and, after performing some amazing stunts, inevitably died on crash landing. Ward interlaces this with some very controlled audience participation, and long surreal monologues about what will happen after the play is finished- in five hours most of you will be asleep, in eight hours, one of you will send an email saying, ‘Great, thanks Claire’ before walking into your boss’s office and quitting to become a farmer. In fifty years, one of you will think you’re Jesus. In 500 years, when the sky turns black, one of you will turn to your partner and say, ‘Why does it always end like this?’

The evening is split into three, and before the start of each section, Ward gives his audience a choice: We can sit here in silence until the advertised runtime of the show is over, or, even though you already know it’s going to end badly, you can hear what happens next. I can’t imagine there’s ever been an audience so hive-minded and strong-willed not to say ‘I would like to know what happens next’ so it’s not much of a risk, but it makes the point Ward is, I think, trying to make: Yes, we are all going to die, and the world will eventually end, and one day the last black hole will eat itself and there will be nothing left. But in the meantime, there’s plenty to see and do and say, and we needn’t sit in silence, waiting for the end to come.

It’s a sunny outlook on a very bleak landscape, but somehow it does the trick, and rather than feeling despairing and solemn, the audience leaves the auditorium heartened, in an almost festival atmosphere. Of course, that might not be Ward’s point at all, and maybe I just didn’t get it. But paired with David Doyle’s seemingly godly lighting, Carmel Smickersgill’s contemplative soundscape, and Ward’s smiling self-assuredness, it doesn’t really matter how it’s supposed to end. The point is I enjoyed the journey. 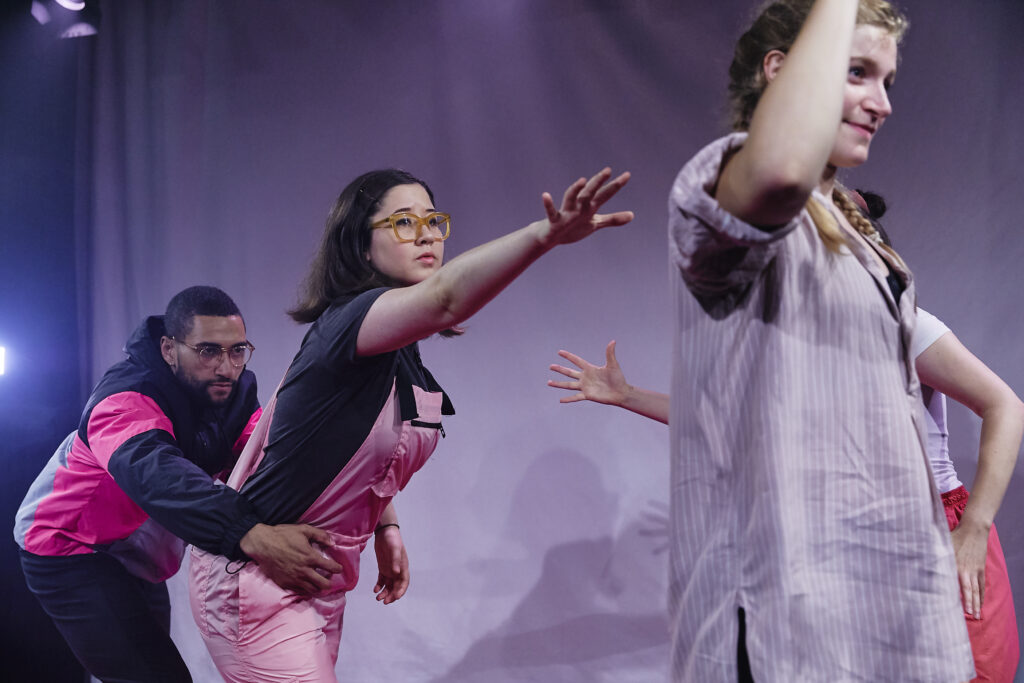 The Accident Did Not Take Place begins promisingly enough with three engaging performers on stage, a screen and a couple of cameras. We are introduced to a dramatic situation in which the (presumed) last moments of a flight to New York are described. An audience member is invited to step up on stage and become part of the performance. The rest of us are assured that this person is a professional, and is willing to participate, though unprepared for what might happen during the show. This approach is designed to break down the idea that this is just a story being presented on stage, and to make the whole experience – for performers and the audience – more intense, more “hyper-real”, in the sense that there is more than one way to view what is taking place on stage, and more than one way to examine our responses to it.

The scene of the last moments of a flight to New York is then repeated, with one performer instructing the new member of the company how to act as the scene unfolds. The scene is repeated nine times, as the performers enact a different configuration of actions and dialogue. At replay number six, one of the performers begins to film the others, and the video is projected onto the screen at the back of the stage. Replay number seven introduces irony, as the whole scene is reduced to a box in which silhouette figures enact the action, while a large human hand intrudes on the space to move the silhouettes around. By the time replay number nine rolls around, we are at the point of a dramatic sequence indicated by numbers only, performed at a dizzying pace as the dialogue flashes up on the screen. The whole replay is accompanied by music and dry ice that obscures, rather than intensifies, the action taking place in front of our eyes.

The YesYesNoNo company, led by artist Sam Ward and producer Rhian Davies, describe their approach to theatre as “work that explores what connection might look like in a digital world. Some people call our work theatre. Some people don’t.” The Accident Did Not Take Place is described as “a summoning of hyper-reality. A new guest performer each night. A frenzy of post-truth news.” This is an ambitious agenda that suggests a lot of interesting directions that the work might take. But the piece is unquestionably a work of theatre (the word is derived from the Greek verb “theáomai” which means to view, after all.) Furthermore, it is taking place in a ‘hot’ medium, as Marshall McLuhan puts it, so there are no distractions from what is taking place on stage. If the audience’s part in all this is to reflect on its own role in the act of viewing (and the second part of the show certainly makes much of this idea) then the show runs the risk of undercutting its own point of view.

One could argue that presenting a myriad of different points of view from a variety of sources that may, or may not be “truthful” is an accurate reflection of contemporary society, obsessed as it is with problems of “post-truth”. There is certainly a place in contemporary theatre for artists that do deal with the most urgent issues facing society, and which are every bit as attention getting as a plane crash. But audiences may ultimately leave asking themselves what is more important: to question what is taking place on stage, and to examine one’s own responses to it, or to engage with how we act, and how we respond, to what is taking place outside the theatre? They may exit thinking this sounds a lot more political, than philosophical. And that it owes a lot to Brecht, who was never afraid to tell a good story even while questioning the values of the societies he presented on stage – and his own.

Photography by  The Other Richard