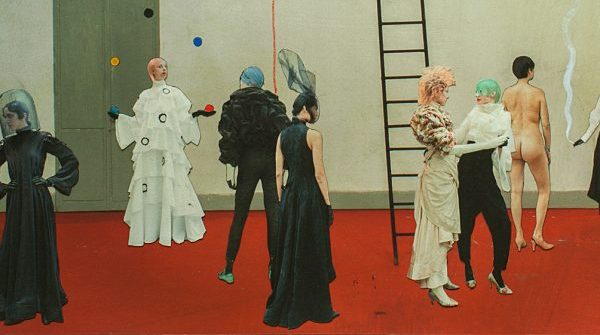 Remember Me: Homage to Hamlet

Programming international theatre is always a risk, and one I’m thrilled theatres like The Coronet do. There is so much to learn from seeing non-British theatrical work, and festivals such as this one are rare to come by in Britain. That being said this opening night of the Italian Theatre Festival, now enjoying its second year at The Coronet, was a mixed bag of an evening.

It kicked off with “Three Italian Short Stories”. Greta Scacchi, Alessandra Vanzi and Lucy Russell come together to read from the “landmark publication” ‘The Penguin Book of Italian Short Stories’ edited by Jhumpa Lahiri. Draped in white light, the readers stand like little islands in the gaping black sea of a stage. Read with spirit and conviction, all three deliver strong performances, with Lucy Russell’s rendition of Natalia Ginzburg’s ‘My Husband’ particularly standing out. She effortlessly becomes the first-person narrator, making the reading feel more like a confession. It was stirring stuff.

The other two stories – Elsa Morante’s ‘The Ambitious Ones’ and Fabrizia Ramondino’s ‘The Tower’ – followed similar themes of family and love. I particularly enjoyed the dark comedy of Morante’s tale: a vain, doting mother is punished when the daughter she spends all her time and money making beautiful becomes a nun and dies.

Less successful was ‘Remember Me: Homage to Hamlet’. Performed by Fabrizio Gifuni, this is essentially a one-man-Hamlet, cut down to last just over an hour but giving us all the greatest hits as we go along. Gifuni is undoubtedly a gifted actor with a tremendous voice. But despite G.U.P. Alcaro’s ambitious score, the show never really extends beyond self-indulgence. As someone who knows and loves ‘Hamlet’, I was able to revel in reading my favourite passages appear as subtitles. I’m not sure I learnt anything new from this deconstructed version however. Perhaps others will.

As opening nights go, this was adventurous and different, and I again applaud The Coronet for hosting this festival. It showcases an Italian theatre of widely different styles. Three lyrical, loving short stories clash with over-indulgence and theatrical experimentation. The former entertains, whilst the latter showcases what I am sure many Brits consider the worst aspects of European theatrical culture. Having both on display here is essential.

The Coronet Theatre as part of the Italian Theatre Festival