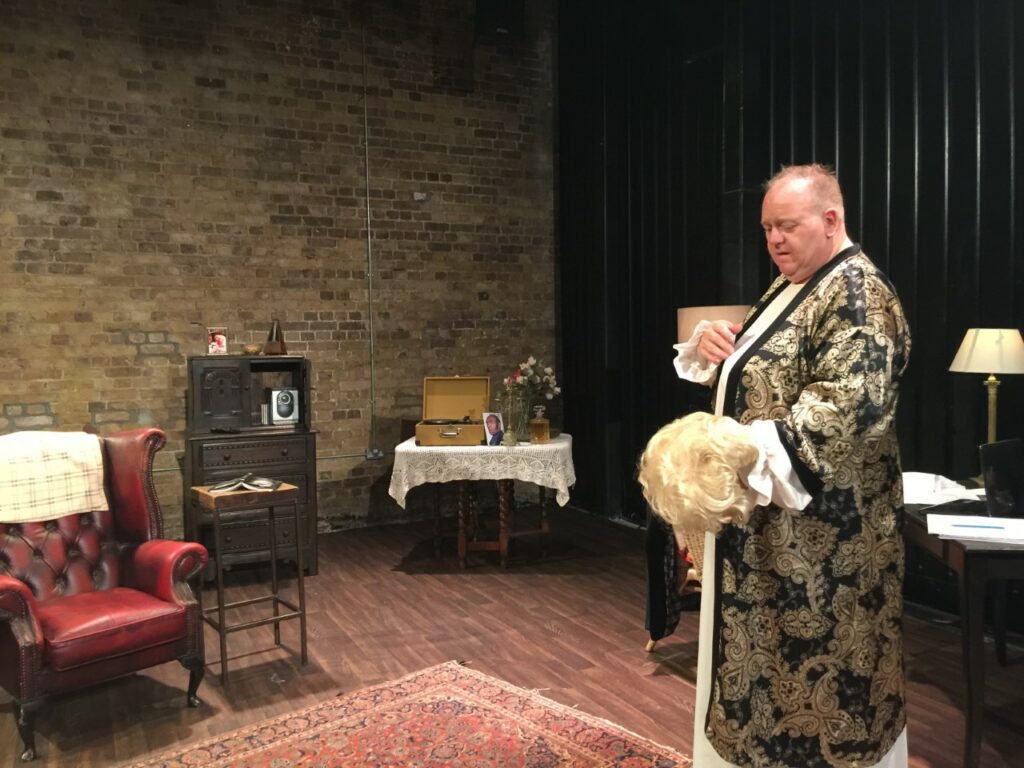 Daphne, Tommy, the Colonel and Phil

“The pacing is drudgingly slow, and the cast seem unsure about what’s supposed to be happening next”

I’m loathed to give anything one star, but unfortunately, this new comedy, written and directed by Edwin Ashcroft, is a bit of a mess. On the plus side, it straddles the “It’s So Bad It’s Good” boundary enough to make the evening itself fairly enjoyable – but for all the wrong reasons.

Where to start? The script is littered with horrid jokes that leave a bad taste in the mouth and a confused look on the face. It’s like the worst kind of “Carry On…” film. Talking about trying to dismiss some out of work American Navy Seals, Tommy announces “it’s difficult to get rid of discharged seamen”. Phil’s attempts to bond with Tommy mean we hear lines along the lines of: “My wife died thirty seconds after I came out to her as gay”. Korea seems to be brought up just so Ashcroft can throw in some jokes about eating dogs. If that’s your bag, go for it. For me, I was left baffled.

It doesn’t help that the characters seem to be vessels for information (and “jokes”) rather than anything else. The pacing is drudgingly slow, and the cast seem unsure about what’s supposed to be happening next. This (at least) is a problem that will resolve itself as the run continues. It felt like Hume and Ashcroft were spending more time prompting Henry than saying their own lines. There are some yawningly long transitions that could be sped up. Pace is vital in comedy, and this had some excruciating awkward silences.

Henry Clarke’s lighting design is nicely effective but could be used to add more punch to scene-endings. Hume redeems proceedings with energy and liveliness, but even he is not enough to save this dire production. Convoluted, confusing, under-rehearsed, unfunny, and, at times, actually a bit offensive, this play needs a lot of re-drafting if it’s going to win over London audiences.

We had some feedback about this review from the show’s writer and director Edwin Ashcroft:

Many thanks for making it along on Press Night to Daphne, Tommy, the Colonel and Phil at the Union Theatre, and for your review. We really appreciate it! Quite rightly, your review was quite devastating, and we fully expected that – as you may have detected, we were encountering some profound issues with various aspects of the production on the first night that were fatally undermining the strength of the show. Since then, we have cancelled a couple of shows and recast one of the parts. We are now receiving excellent feedback on the show. I don’t think what you saw, and the – very well-written – review that you produced, are accurate reflections of the show in its current state. Your piece is really a reflection of a collection of freak circumstances.

Daphne, Tommy, the Colonel and Phil