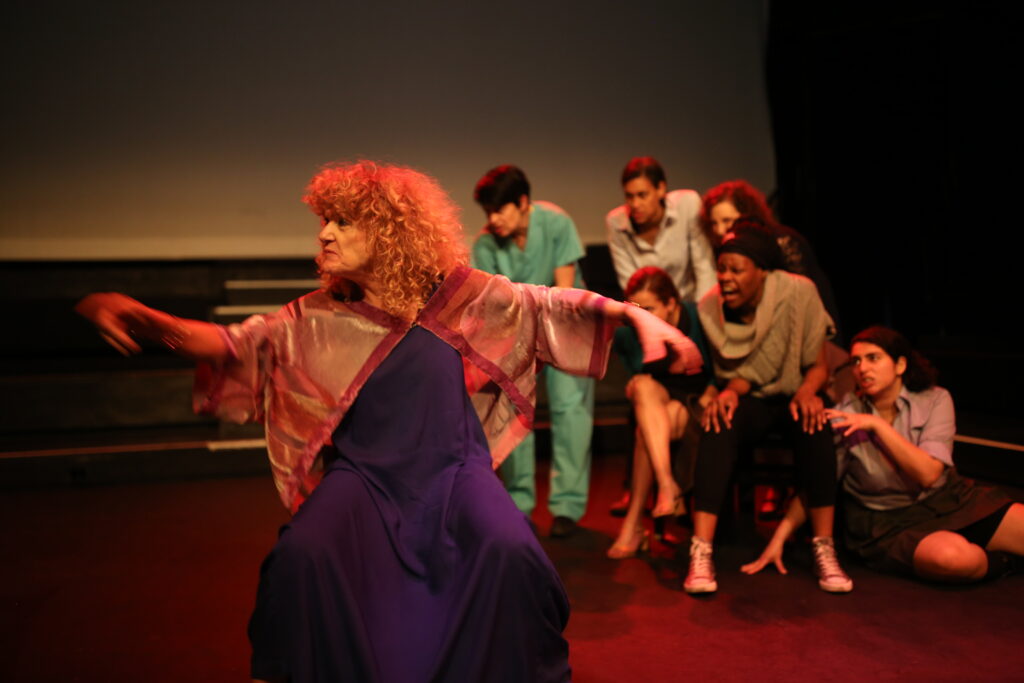 The Werewolf Of Washington Heights

A lone figure, accompanied by Afro-Cuban music and New York police sirens, introduces this intriguing piece in almost total darkness. Seemingly spouting poetic nonsense her words do lodge themselves into our minds to take on their full meaning and resonance later on in the play. She wields torchlight into our faces like a searchlight, symbolising not just her own need, but our collective desire to find answers. It is this quest that steers the narrative that centres on the disappearance of a schoolgirl. Mary has gone missing – she is not the first nor last in this New York Community – but this is not her story. It belongs to those left behind.

Christie Perfetti Williams writes with a sharp eye on the Zeitgeist but is at risk of trying to pack too much into her play, which has transferred from Off-Broadway to form part of the Camden Fringe. Set in the near future it mixes family drama with political statement but seasons it with every ingredient in the modern-day cookbook: themes of immigration, deportation, racism, misogyny, terrorism, civil rights. It is all quite familiar now, yet Perfetti Williams and the all-female cast manage to send tremors through us without breaking new ground.

It is the early 2020s, and America is at war following a New York subway terrorist attack. Authoritarian rule has taken over, immigration discontinued, and the residents of Washington Heights exist in an Orwellian society where curfews are imposed, and rights deposed. In the wake of Mary’s disappearance, a television reporter and her (refugee) camerawoman come to interview the mother and her wife, along with Mary’s twin sister, aunt, grandmother and neighbour. Each character has their own take on the story, encompassing the full range of emotional reactions while the reporter merely looks for sensational soundbites. The performances are outstanding across the board, especially Maggie, the missing girl’s “half white, half Jewish, half black” twin sister who mixes on-the-cusp autism with a deranged sassiness that makes her the most acutely aware character.

Perfetti Williams’ script does not shy away from profanity, which helps give it its rawness and honesty. The dark themes are illuminated by darker humour which the fearless cast deliver with precision timing. As with most shows on the Camden Fringe, none of the performers are named or credited, which is a shame here as each one deserves a mention. The acting is as insightful as the writing. The only moment that jars is a rather disjointed and superfluous dance piece during which two of the cast parade the stage in wolf heads. Its purpose is unclear and rather than add to the sense of mystery it merely breaks the spell. The magic of this play lies within the language – visual metaphors are unnecessary.

We do eventually discover what happened to Mary. However, it is the journey there; the exposition that eclipses the coda. It is a gripping drama; both panoramic and intimate. It makes fantasy real and chillingly reminds us how the perils of society are prowling amongst us, like packs of wolves; in the dark but ever present. 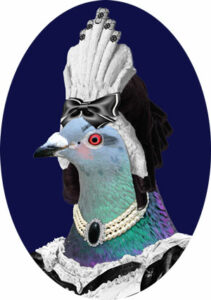 The Werewolf Of Washington Heights

Cockpit Theatre until 23rd August as part of Camden Fringe 2019