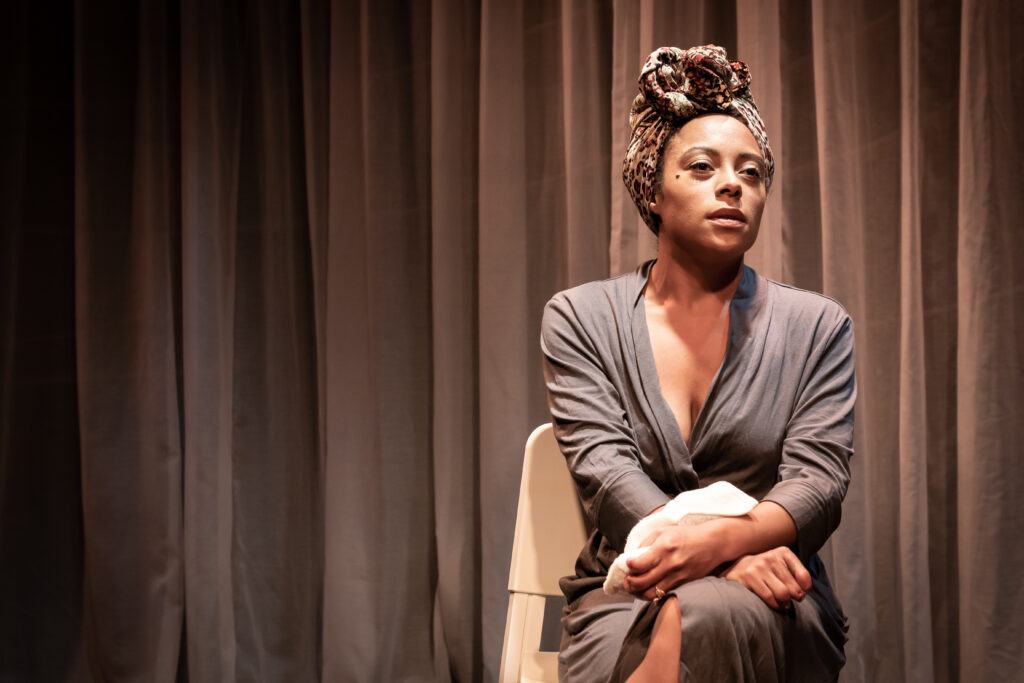 “an exhilarating and thoughtful production”

The Desert is one of the three instalments in 15 Heroines, a series of monologue’s inspired by a work by the Roman poet Ovid that give a voice to the aggrieved women of ancient mythology. Directed by Adjoa Andoh, Tom Littler and Cat Robey, The Desert gives a platform to Deianaria, Dido, Canace, Hypermnesta, and Sappho, all of whom were abandoned by their husbands or lovers.

We first hear from Dianaria (Indra Ové), the first wife and eventual killer of the great hero Hercules. Reimagined as the betrayed WAG of a star footballer, Dianaria – whose name incidentally means ‘man destroyer’ – plots her revenge on her cheating husband and muses on the laddish culture of celebrity sports. Dido (Rosalind Eleazar) shares her story next. The Queen of Carthage gave refuge to the great Roman hero Aeneas before he left suddenly in the night for Italy. Devastated at his leaving, Dido commits suicide, in myth, by pyre, in this play, by sword.

We then learn about the incestuous romance between Canace (Eleanor Tomlinson) and her brother Macareus who, despite their sordid affair, refused to marry her. Canace here is a guest on a talk show, answering questions about her horrifying relationship from an imagined figure off stage. The defiant Hypermnestra (Nicholle Cherrie) follows with her tale of desertion by her husband despite saving his life at risk of her own.

The great poet Sappho (Martina Laird) ends the quintet speaking about her unfaithful lover Phaon who she refers to as Britain. Sappho’s monologue explores the relationship between coloniser and colonised as Sappho laments her conformation to white beauty standards – bleached skin and a blonde wig – despite her Trinidadian heritage. This theme feels particularly poignant as Lesbos, Sappho’s home, is currently at the centre of the migrant crisis.

Ové, Tomlinson and Laird are the standout performers of the piece. Ové brings a menace to her speech that excites the audience; Tomlinson is fantastically convincing in the role of Canace; and Laird lends a vulnerability to her scene making its themes all the more powerful.

The reimagining of Dianaria, Canace and Sappho are also the most interesting and all have captivating scripts (April De Angelis, Isley Lynn and Lorna French respectively). De Angelis’ script has a welcome touch of humour. For example, Dianaria exclaiming that she was so upset by her husband leaving that she almost gave up hot yoga. Her speech also refers to several footballer scandals from Wayne Rooney to Adam Johnson. Though her tale feels exceedingly personal, we are reminded through these references that abuse and betrayal at the hands of powerful men is far from a rare occurrence.

Lynn’s script takes a different approach from the others, adopting a more conversational and thoroughly light-hearted tone at the beginning. The televised interview is an interesting way to explore such a taboo topic, and highlights how gossip and spectacle is at the heart of celebrity culture.

The sets are all centred around a chair on which the women sit apart from Hypermnestra’s scene (Jessie McKenzie) where Cherrie moves around the stage with great energy. There are also some brief bouts of singing in Hypermnestra’s monologue and a rhythmic breathing serving as a backing track. There is a clever reference to the metre of Sappho’s lyric poetry when Laird hits her papers to a careful beat while reading her letter to Phaon.

The Desert is an exhilarating and thoughtful production. All three chapters of 15 Heroines have explored universal themes of love, loss, and betrayal, but none do so successfully as The Desert that demonstrates how even millennia later, some things never change. 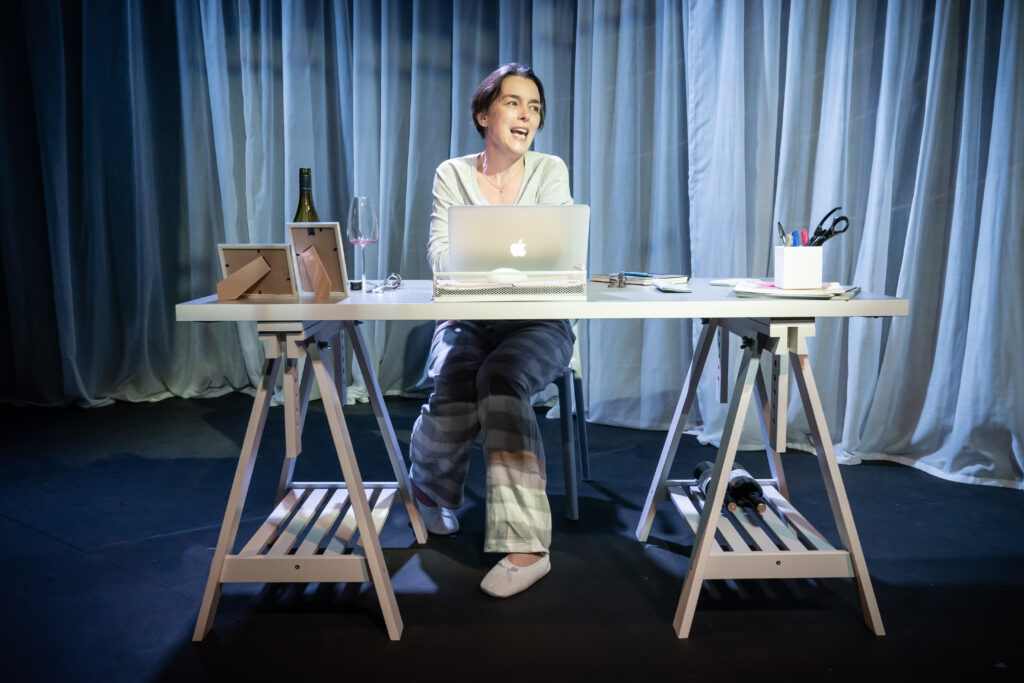