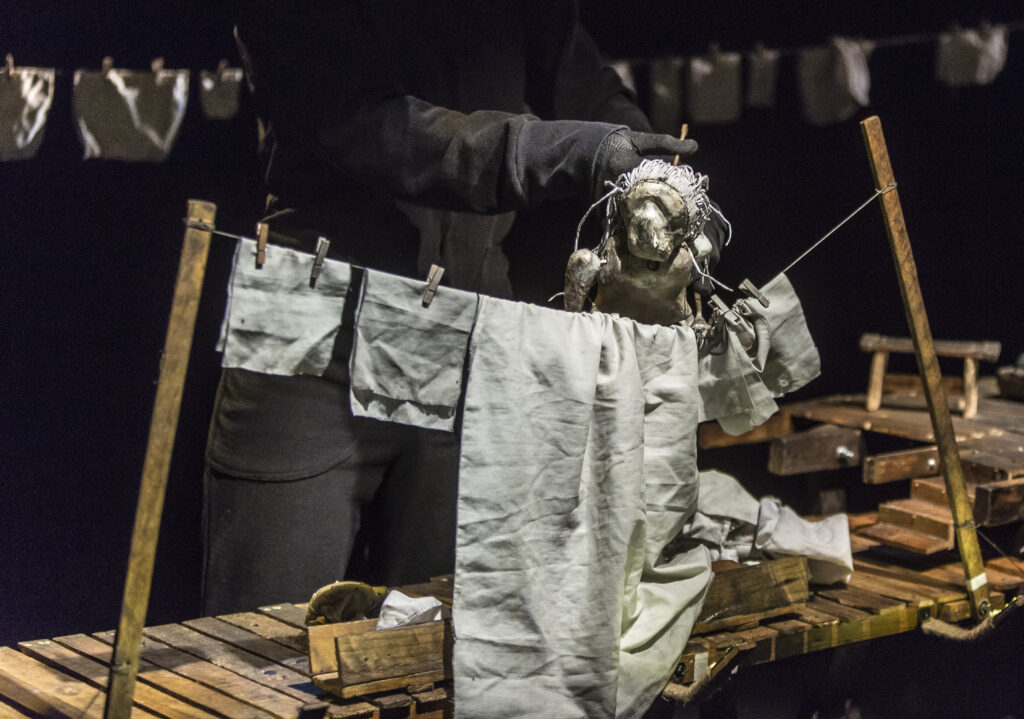 “There is a poignancy in this precision, and the piece has real emotional heft, reducing at least one audience member to tears last night”

Dalston’s CASA festival, showcasing Latin American arts, celebrates its 10th year this year; as a part of it, Chile’s extraordinary puppet theatre, Silencio Blanco, has brought its show, Chiflón, The Silence of the Coal, to the Arcola. It is a simple tale, told without words, over the course of fifty minutes, and is based on the short story The Devil’s Tunnel, by the distinguished Chilean author Baldomero Lillo. Lillo wrote in the latter part of the 19th century into the beginning of the 20th, and having been exposed to the writings of Émile Zola, chose to highlight the appalling suffering endured by Chile’s mining community, in the hope of inspiring reform to working conditions. Mining is still a vital part of Chile’s economy, and, as was brought to the world’s attention in 2010, remains an incredibly dangerous and exploitative industry. Silencio Blanco’s beautiful, bleak, tender creation gives the audience an unforgettable insight into this often-forgotten world.

The puppets themselves are haunting creatures. Their facial features are vague, as if not fully formed; instead, all their expression comes from the expert manipulation of their bodies. Dominga Gutiérrez, Rodolfo Armijo, Camila Pérez, Marco Reyes and Camilo Yáñez are the exceptionally skilful puppeteers, who work together in silent choreography, anonymous in black, with their faces covered, using only their hands and their breath to animate their creations. Watching the young miner, his wife and her friend, we are continually aware of the physical toll of their lives. Backs bow with exhaustion, legs strain with the effort of getting up and sitting down; the miner is racked by a coaldust cough. The attention to detail is phenomenal, and is what lifts these puppets into the human realm – the weary miner scratching his arse on the way home, his wife cracking the eggs into the soup she is preparing for his return, and the malevolent overseer at the mine, caring only for the figures in his ledger. There is a poignancy in this precision, and the piece has real emotional heft, reducing at least one audience member to tears last night.

Silencio Blanco are also masters of atmosphere. In Chiflón, Richardo Pacheco has designed a sparse but nonetheless totally involving soundscape, which brilliantly complements the action, particularly in the scenes down in the mine itself. Minimal lighting is also used to great effect throughout. The scene in which the mining cage slowly descends is an extraordinary piece of theatrical illusion, making that small square of performance space seem like an endless and terrifying drop down into the earth. Credit here to director Santiago Tobar, who really understands the power of visual imagery. At one point, the small studio stage is hung with a seemingly endless line of laundry. Endlessness, again. Which is right. For it is this quality that defines poverty and hardship more than any other. And yet, in those tiny fluttering scraps of cloth, there was also so much tenderness and love. As there was in every touch these simple marionettes exchanged. Even in the darkest of tunnels, somewhere there is always a little light. 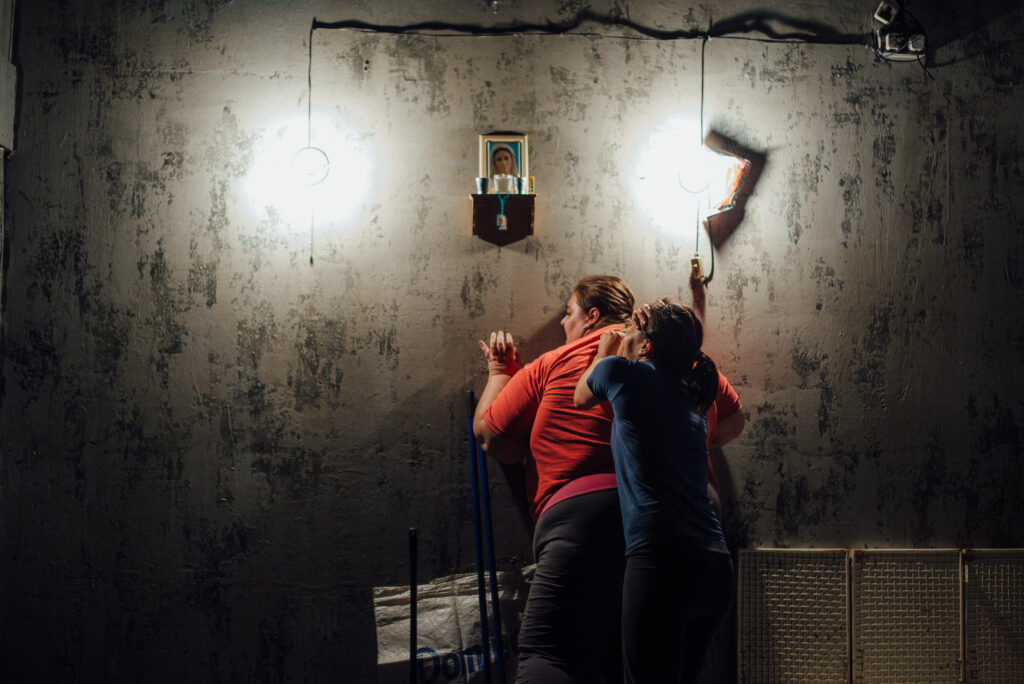