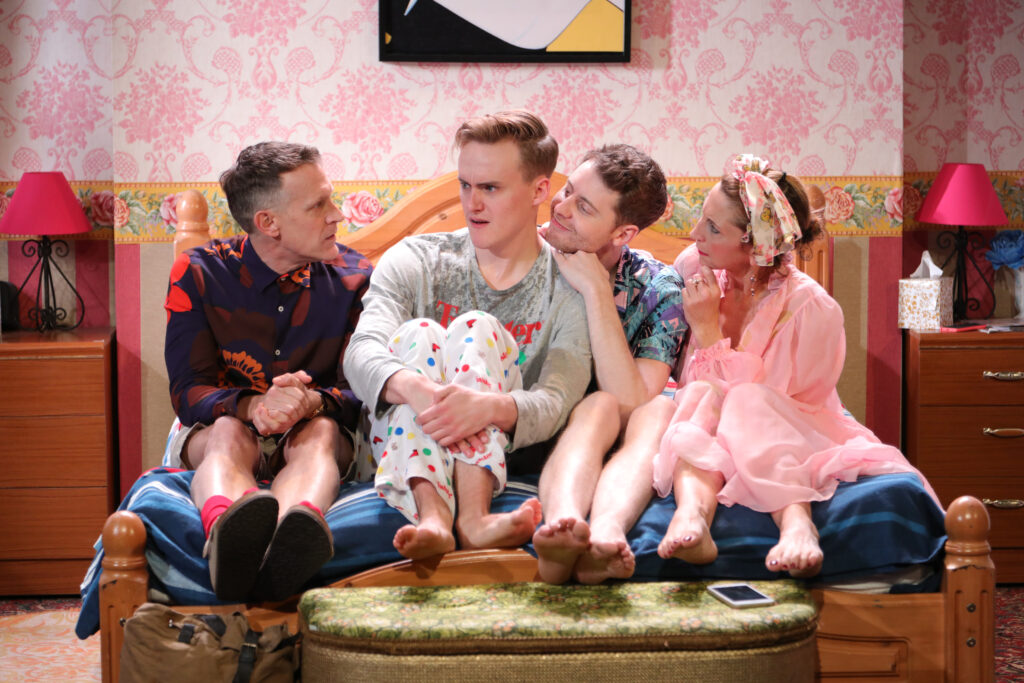 In the 1970s many television sitcoms attracted thousands of viewers, but today would probably be avoided and largely filed away under “embarrassing nostalgia.”

Unless they happen to be a devotee of Reg Varney or Jack Smethurst discerning audiences of today are likely to seek their laughs elsewhere, regarding those shows of yesteryear offensive and of their time.

Proving that this is not always the case is a play at Above the Stag billed as a “modern sex comedy.” The big problem with The Morning After is that it is none of those things.

There is every reason to hope Peter Quilter’s 2012 play would raise a titter, not least because of the writer’s pedigree (his Judy Garland musical-drama End of the Rainbow was an enormous stage hit and indeed was adapted for the recent award-winning film Judy) and the theatre’s record of edgy and often subversive fare.

Originally written with a gay couple at its core it was difficult to sell, so rewritten with a straight couple and became popular internationally. Frankly, it is hard to understand how it could be celebrated in either form, but here it receives the premiere of its first intention.

Its admittedly awkward story about love, sex and relationships is somehow unconventional yet predictable, with two-dimensional characters struggling to be believable and falling at the first hurdle.

Played out on yet another excellent set at the theatre designed by David Shields, a bedroom in which we see people waking up in each scene on mornings over a period of time, what little humour is present (there’s maybe four or five laugh out loud funny lines) evaporates rapidly. The repeated theme of mum and uncle walking into the intimate goings-on of the young lovebirds becomes tiresome remarkably quickly and even sauciness with doughnuts and underwear can’t make a silk purse.

Three of the four-strong cast are from an offbeat family with no inhibitions, while the fourth is the nervous new boyfriend of the son. While the quartet do their best to be larger than life the play breaks all the rules of good situation comedy, in which the audience virtually feels they are part of the family as each sharp witticism is bounced into the story.

Chris Cahill (Adam), Colleen Daley (Barbara) and Matthew Lloyd Davies (Martin) go big and bold to find some level of melodrama, but it is impossible to believe that poor David Fenne’s Thomas would ever dream of staying around such an infuriating bunch of people rather than making a hasty dash for the exit, as we learn several previous boyfriends have done before.

Fine director Andrew Beckett tries his best to inject a frenzied energy but even his artistic skill is to no avail. Strong lighting (Jamie Platt) and sound (Andy Hill) cues can add nothing to the lacklustre script.

As you shift uncomfortably and look longingly at your watch there is then a shameful scene which essentially mocks someone’s deafness. This is not an oversensitive reaction, it is shock that any contemporary play or production should seek to find any humour in something so abhorrent and fail to recognise it. “It’s only a joke,” is ignorant evasion of an affront that needs to be called out.

If you want comedic satisfaction from eccentric families stick with The Simpsons or flirt with Outnumbered.

We have come to expect something far more challenging from this leading LGBTQIA+ venue. Far better to catch the engaging Four Play in its studio theatre than bother with a play that sets comedy back 40 years and sends meaningful gay drama back to the Stone Age.

Above the Stag until 1st March 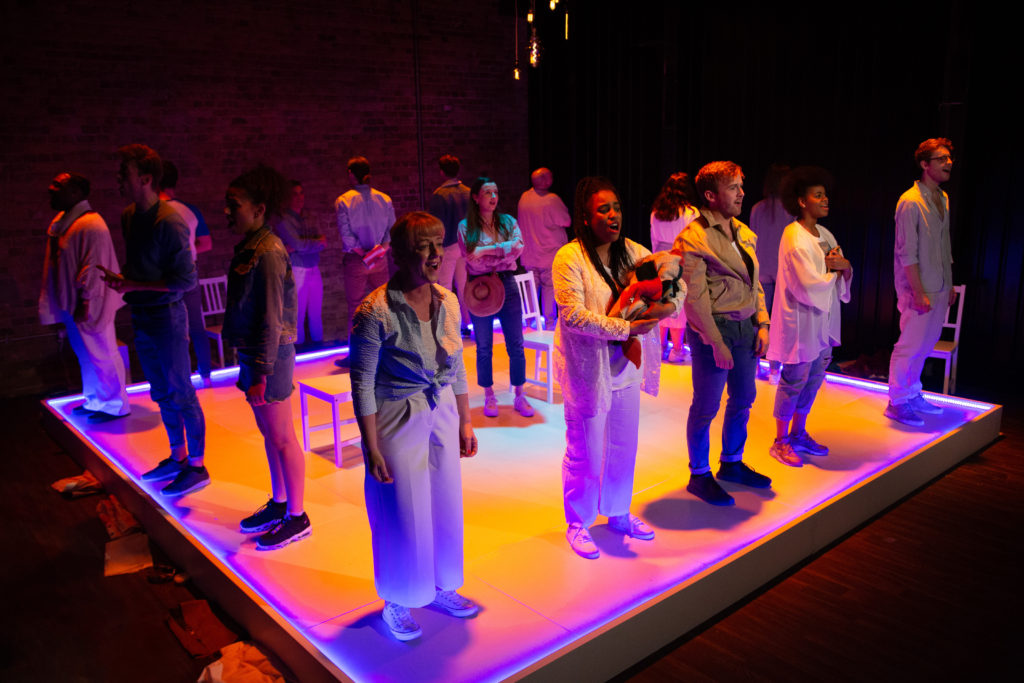