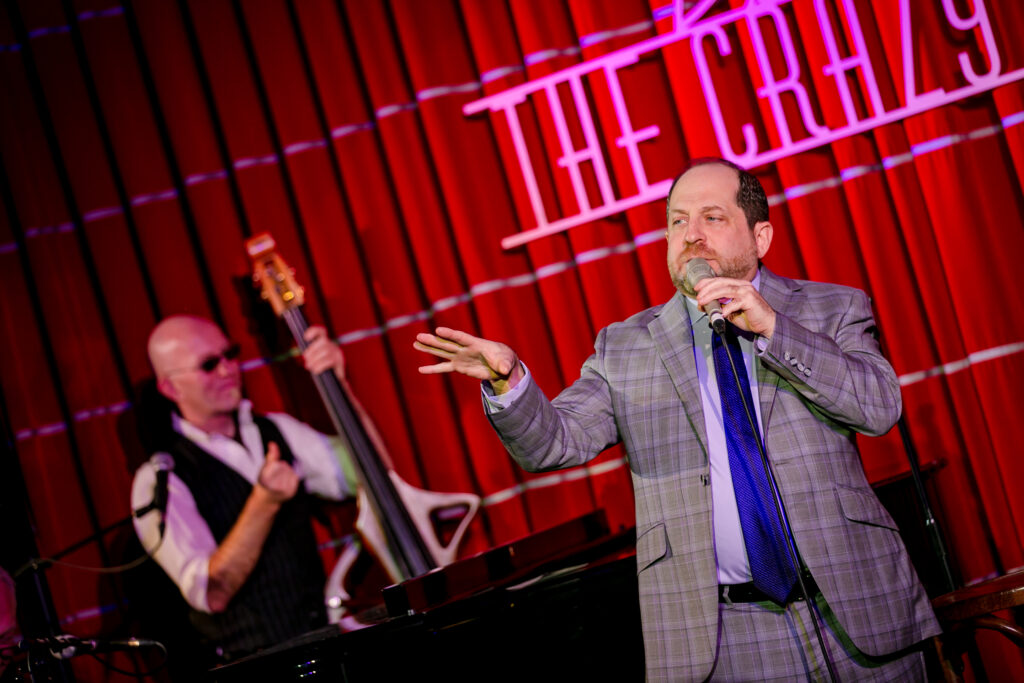 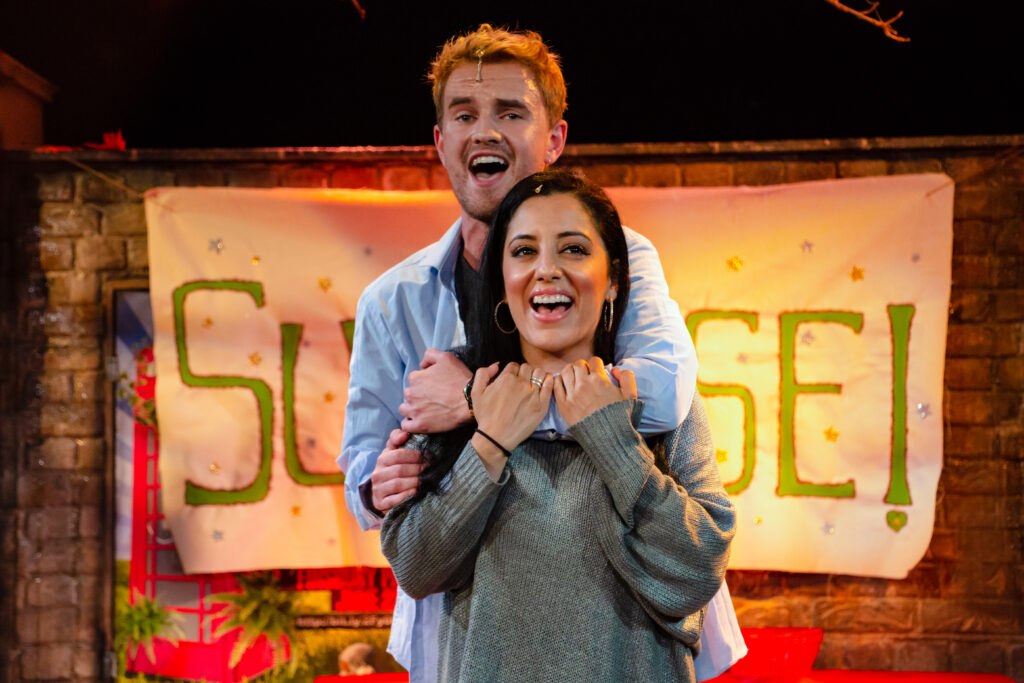 There is something rather wonderful about watching a high quality musical in a small venue. The closeness to the actors and the sense of being almost surrounded by their glorious voices in an intimate space brings a sense of emotional involvement that is much harder to achieve in a large theatre. Fiver, written by Alex James Ellison and Tom Lees fills the space with vibrant energy and passion, taking the audience on a roller coaster ride as it charts the journey of an ordinary five pound note from pocket to wallet, through the hands of dozens of characters. The cast of five morph into a host of women and men, all linked by the fiver’s travels. There are some characters who appear as threads in the interwoven storylines, and many more who appear just once, maybe just for a minute, but still make an impact.

This is very much an ensemble piece, performed by a cast of five talented actors. Hiba Elchikhe, Luke Bayer, Aoife Clesham, Dan Buckley and Alex James Ellison make a great team, bouncing off each other’s energy and telling many human stories with heart, humour and compassion. The writing avoids stereotypes and subverts expectations in surprising ways; it’s cleverly done. Justin Williams’ well designed flexible set, and the lighting and sound design, by Alex Musgrave and Chris Taunton respectively, give the action a hugely varied physical context, beautifully supporting the storytelling.

The piece works well musically too. There were tears in the audience during the moving and achingly beautiful ‘You’ll be a man, my son’ which segued into a school scene that brought back memories of the effortless cruelty of children. The story of the letter, and the repeated refrain of ‘have you prayed tonight teacher?’ was intriguing and eventually chilling. There was also plenty of uproarious laughter throughout.

There was some confusion in the second act when the time line felt muddled. This was such a huge disconnect that it threw me out of the story for a while, as I tried to follow the logic. It’s a shame, as in the rest of the show the stories twined together with amazing coherence. This could be fixed by reorganising the scenes, and I hope Ellison and Lees consider doing so before the show has its next outing.

The ‘adventures’ of the humble fiver provide a framework on which Ellison and Lees have hung tales of love, loss, joy, sadness and what it’s like to be human. It’s a lovely piece.

Photography by Danny With A Camera