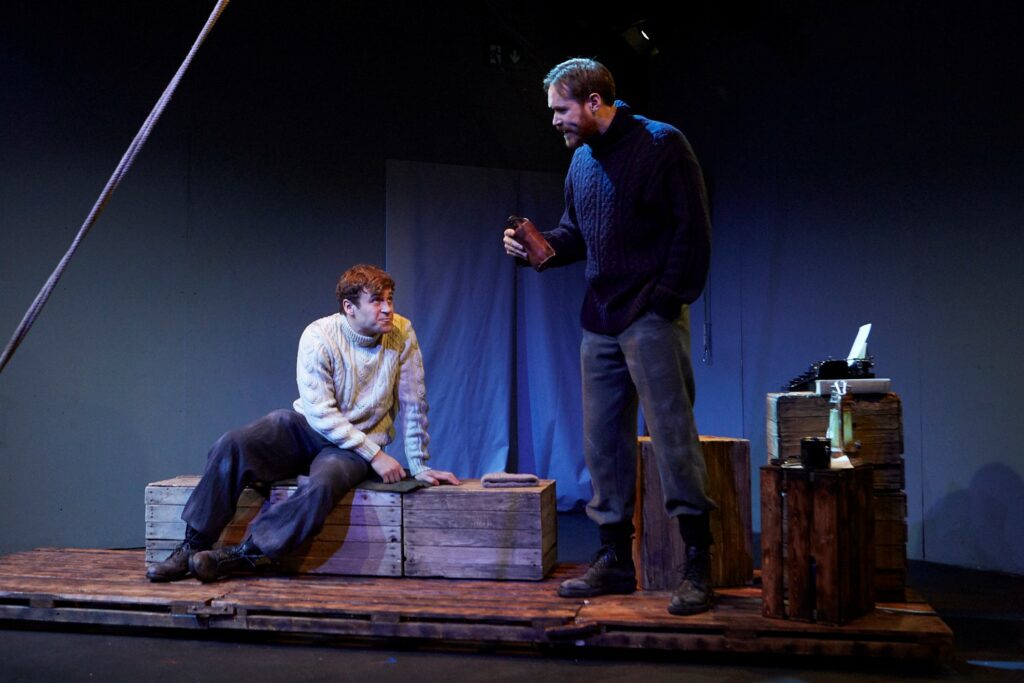 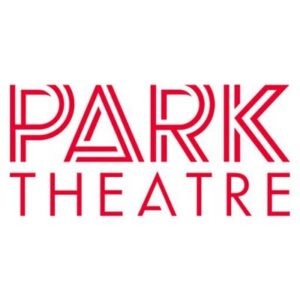 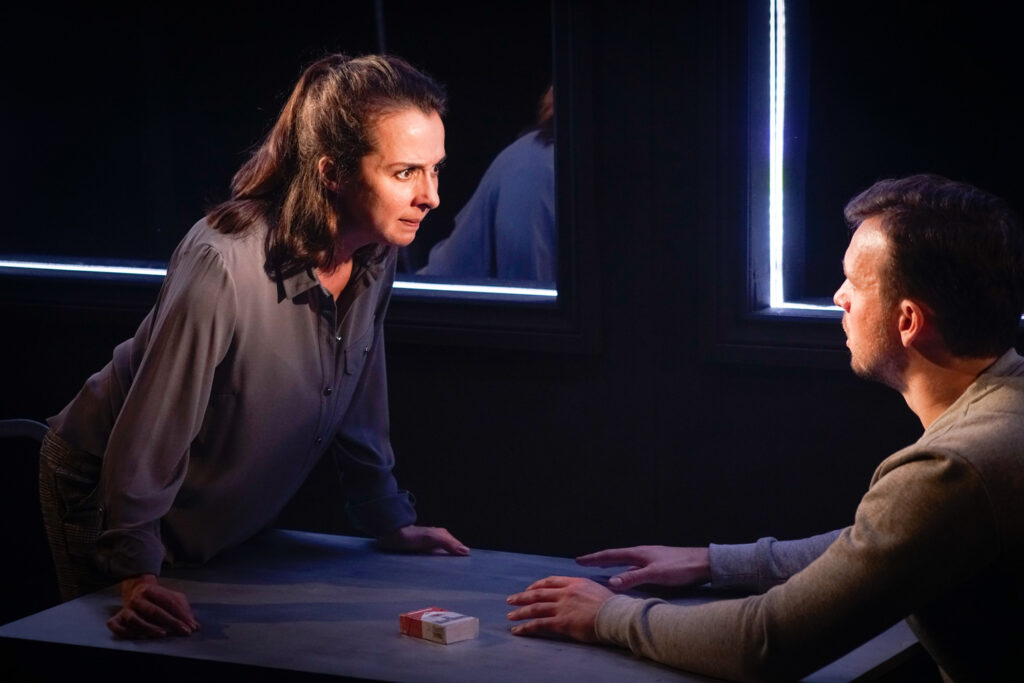 John Webber’s debut play immediately makes a strong, lasting impression, bursting onto the Theatre503 stage with all the boxes for a winning production ticked and making me wonder why we haven’t come across Webber sooner. It packs high drama, nail-biting tension and po-faced hilarity into one 80 minute two-hander, paired beautifully with a production design that strikes the optimum balance between simplicity and ingenuity – Lizzy Leech (set/costume), Dominic Brennan (sound) and Peter Small (lighting) are to be applauded for their masterful touch here.

Spiderfly follows the story of Esther (Lia Burge), who is still traumatised by her sister Rachel’s death and wants answers from Keith (Matt Whitchurch), the man convicted of and who pleaded not guilty to Rachel’s murder. A blossoming romance with Chris (also Whitchurch) is tested as Esther allows herself to be drawn into Keith’s unsettling world; her dogged determination for truth manifesting in subsequent visits where the two form a dangerous bond. More and more we watch in fascinated horror as Keith’s effect on Esther’s own life outside the visits becomes more profound, and we wonder whether she will fall completely under his spell before finding the closure she so desperately seeks.

It’s a fantastically unpredictable play – deeply unsettling its audience one moment and then having them roar with cathartic laughter the next. A structure where the finer details and context of the plot are drip-fed in a way that gives just enough information to know what’s going on but still maintaining an air of mysterious suspense is part of why Spiderfly remains entirely gripping throughout – it really feels as though you are rewarded for sticking with it.

As for Burge and Whitchurch, they pay absolute dividends to the text. The performances are so well observed you’d be forgiven for thinking they’d written it themselves – director Kirsty Patrick Ward has clearly done a fantastic job in eking out the rich morsels of detail for the characters. Esther’s deep-set trauma is painstakingly etched into everything the character does – never once does Burge lose this, even during the lighter scenes with Chris where despite her best efforts, Esther seems as though something is holding her back. It’s a highly sophisticated performance and never one-note, as the relatability of some of Esther’s lines (“I need to look happy. Nicotine-free, obviously”) thankfully maintain her sense of humour.

Whitchurch’s contrast between Keith and Chris is extremely impressive and in the earlier stages of the play I had to look closely just to check whether it really was the same actor playing both. The lovably awkward, put-his-foot-in-it-again Chris is a favourite of the audience and provides effective comic relief, however Keith is the character that stays with you. Whitchurch’s performance is absolutely chilling – Keith is often friendly and almost charming, but a deep undercurrent of violence is forever present. When his nastier side rears its head the character becomes genuinely terrifying, absolutely dripping with quiet menace. The last scene between Keith and Esther is truly a masterclass in acting and even by itself well worth watching Spiderfly for.

I have utmost confidence that this will not be the last we see of Webber – Spiderfly is absolutely spectacular and as a debut play blows all expectations out of the water.