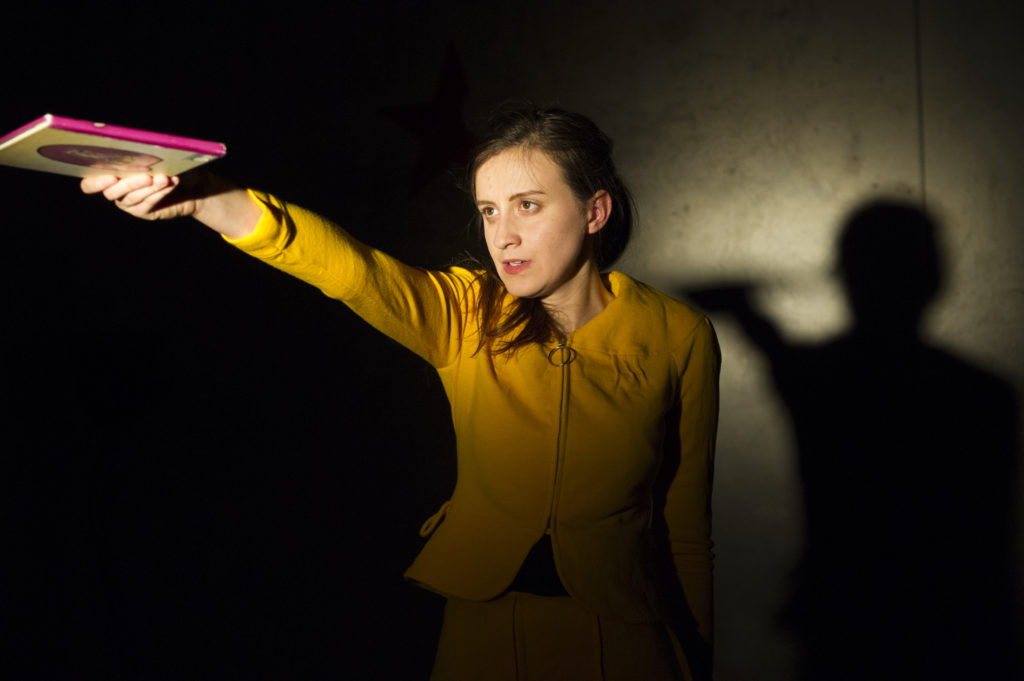 Why the Child is Cooking in the Polenta

Based on the Romanian novel ‘Why the Child Is Cooking In The Polenta’ by Aglaja Veteranyi, this tantalisingly titled one-person show has an intriguing story of migration and cultural difference hidden somewhere within it, but writer, actor and producer Edith Alibec doesn’t quite manage to unveil it fully to the audience, leaving them instead with a laborious and slightly tedious hour-or-so of theatre.

Witnessed through the eyes of a child, a nomadic Romanian family leaves their circus tents and trailers behind for a life in Germany. With a mother who “hangs by her hair” and a violent father, our narrator finds refuge in wild flights of imaginative fancy. Fleeing the Communist regime in Romania, the little girl/narrator struggles learning German in the classroom but is resolute to show her teachers she is more than just a teary-eyed foreigner. It’s only through being so far from home however, that the girl truly understands what ‘home’ means.

Vincent Kling has produced a flowing and magically realistic English translation of Alibec’s script that doesn’t shy away from using Romanian and German words and phrases to good effect. Romanian speakers in the audience certainly had the last laugh, finding comedy in cultural references that flew a little over my English-and-German-speaking head. Alibec is also not a bad performer, a container of boundless energy and childlike exuberance who convinces as much as a modest adult as she does an emotional and ecstatic child. Dana Paraschiv’s direction leaves the stage almost empty aside from certain food-based props, clothes and a handy footstool whose purpose constantly changes. A promising beginning introduces the idea of shadow puppetry that is sadly abandoned as quickly as it comes.

Being such a short show, alarm bells ring when audience members begin to leave way before it’s done. Alibec is a charismatic performer but fails to create a meaningful or empathetic main character. The storytelling is woefully unclear, allowing childlike rambling to supersede much-needed narration. This would work wonderfully if the childhood memories were engaging or entertaining in their own right – but they simply aren’t.

Despite its credible performance, ‘Why the Child…’ presents a vague and (frankly) quite boring narrative that fails to grapple satisfactorily with some compelling questions about nationality and cultural heritage. I’d advise staying home and eating polenta instead.

Why the Child is Cooking in the Polenta

Gate Theatre until 4th May