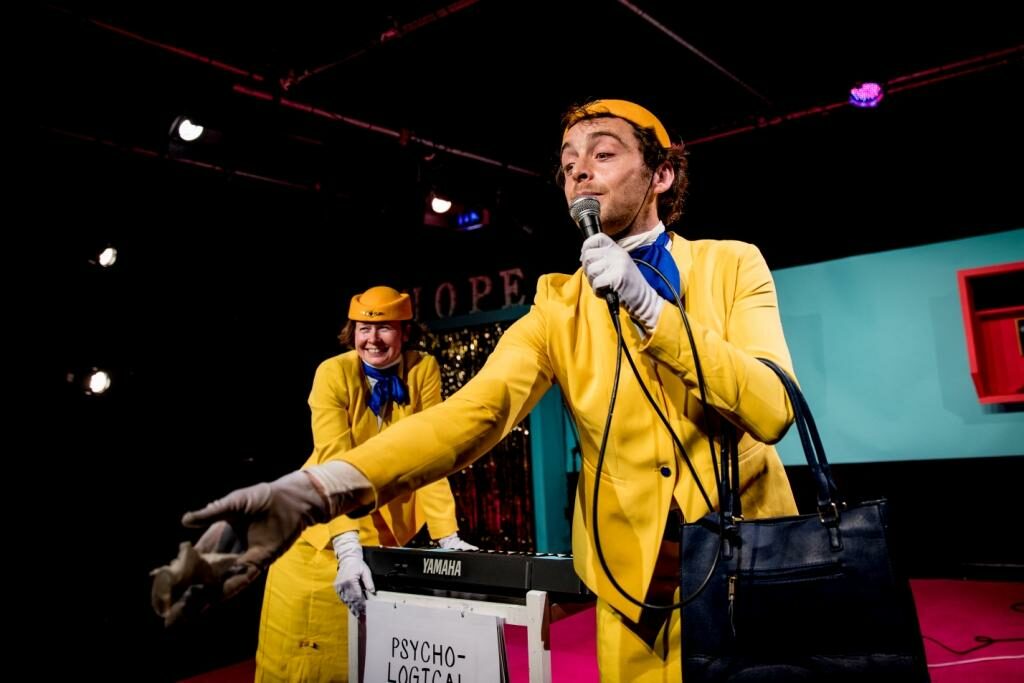 “has an interesting premise, but ultimately, it is a bit hit-and-miss”

The notion being ‘triggered’ is certainly a hot topic of cultural and artistic debate. ‘Trigger Warning’ tackles this head on, as audience members are guided through a minefield of possible triggers for their upcoming performance of ‘Hope’. The play is a mix of elements reminiscent of ‘The Play That Goes Wrong’ and David Attenborough’s ‘Planet Earth’, combined together in what certainly is a statement piece.

Audiences are directly addressed from the very beginning by a duo of energetic and some-what frazzled flight attendants, played by Kath Duggan and Daniel Hay-Gordon. The play itself is structured in two halves; the first consists of audiences being prepped for the story ahead called ‘Hope’ which may or may not ever take place. Warnings include that it may make us feel a certain way, including boredom and frustration. The directorial decisions by Natasha Nixon are very strong, as the performers use clowning and voice-overs to tremendous comedic effect. Duggan and Hay-Gordon’s knowing glances, elastic facial expressions and needless faffing about with failing props make for a series of guaranteed laughs. The beginning sequence is inexplicably hilarious: however, this is unfortunately short-lived.

The second section, in which the play ‘Hope’ takes place, is incredibly confusing and loses the momentum that had been set by the strong opening. Audiences are then told of the story of ‘Hope’, a young migrant who was crossing the border. The narrative is unclear as we are told to read a ‘synopsis’ that we had not been given. This is clearly ironic, but it is then followed by Duggan and Hay-Gordon staring at the audience for five minutes whilst elevator music plays. Nixon’s direction in the second half loses the sense of pace and energy created in the first twenty minutes of action. It does, however, fulfil the trigger warning given of creating feelings of boredom and frustration.

The play’s design (Lily Arnold) is striking yet satisfying. Bold pastel colours frame the stage and costumes. Sound (Owen Crouch) and lighting effects (Amy Daniels) feature very heavily throughout. In particular, we never hear Hay-Gordon’s character speak, he lip-syncs all his lines. The most exciting design element is on the audience’s entry to the space, as we see Duggan struggling to pull a huge pink carpet through what appeared to be a side window. It is a spectacle made by the illusion that the window was going directly into the street. Concepts of the space itself are reversed, as we entered through the fire exit outside the theatre and exited through the entrance. It is details like these that summarises the play’s irreverent playfulness.

This play has an interesting premise, but ultimately, it is a bit hit-and-miss. This dark comedy teeters around the edges of offence and acceptability. However, it is done so in a way that is so conceptual that it often leaves the viewer completely perplexed. 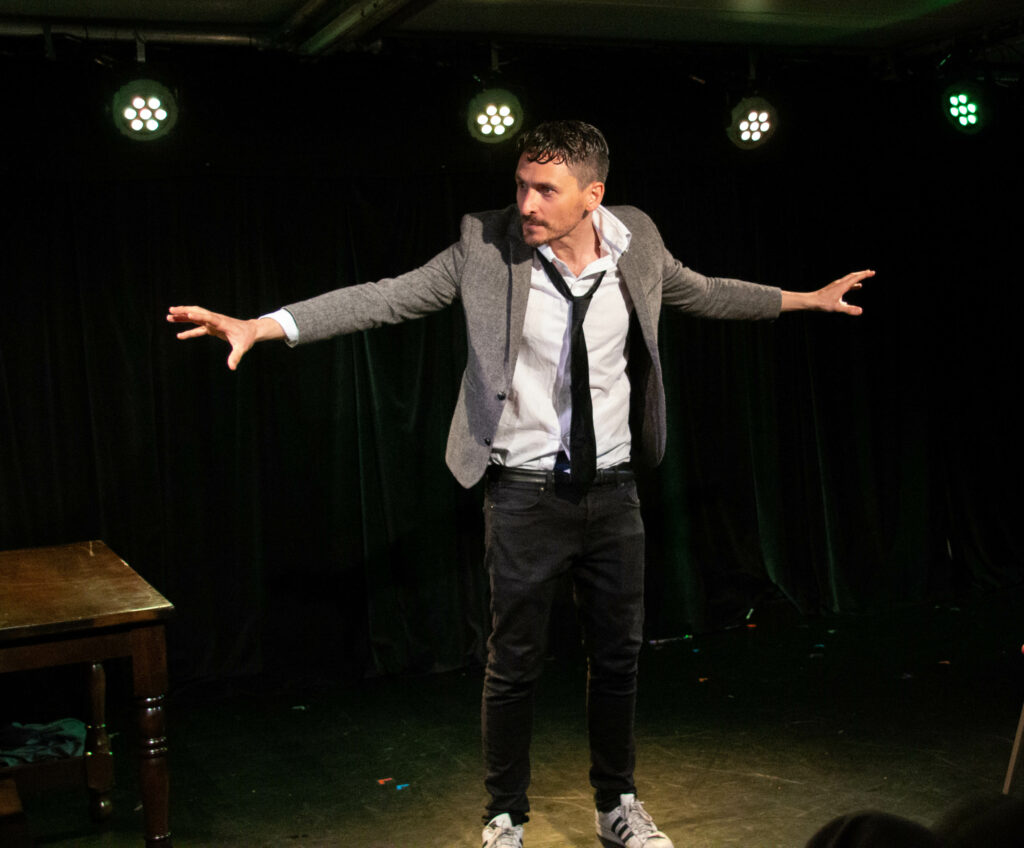