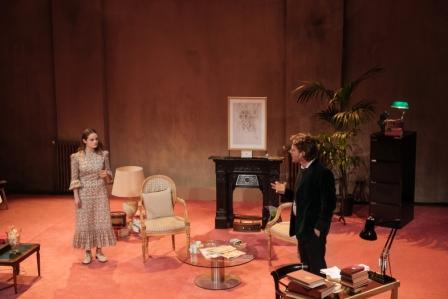 “fraught with suspension and quiet terror”

Mrs Manningham (Jemima Murphy) believes she is going mad, for what other explanation could there be when keys, pendants, even paintings go missing and end up amongst her own possessions.

Her husband, Mr. Manningham (Jordan Wallace), grows seemingly impatient with her inability to remember her own small thefts and strange behaviours, and threatens the visit of a doctor who will, no doubt, prescribe the same awful fate for her as befell her mother – the madhouse.

But all is not as it seems in the Manningham household, as is revealed by a kindly though somewhat motivated stranger, Rough (Joe Mcardle).

Murphy and Wallace both play their parts admirably: Murphy flits nervously about like a small bird, trying to disguise bordering hysteria with excitable cheer. Wallace is a force, ruling with restrained, smiling fury. My only criticism for both is their choice of pronunciation. It seems a decision has been made to use modern diction for certain words: ‘yeh’, ‘gonna’, ‘dunno’, sometimes dropping ‘t’s. Perhaps this is an attempt for the performers to feel more honest in what they’re expressing, but the script was written in the ‘30s after all, and throwing in contemporary pronunciation once in a while sounds anachronistic and awkward.

After an excruciatingly tense twenty minutes between Mr and Mrs Manningham in the first half, Mcardle’s Rough is a much-needed respite, and the audience seems to laugh out of sheer relief. Affable and without airs, Mcardle plays his part with a kind of likeable impatience, cutting the play’s unbearable discomfort with ease.

Throughout, we hear a low, ominous rumble, so faint I’m not entirely sure it’s really there. If this is on purpose, it’s awfully clever, gently gaslighting the audience. If it’s not, sound designer Herbert Homer-Warbeck should say it is and take all the credit.

In a way, it’s a shame that the phrase ‘gaslighting’, coined from this very play, is now in such common use, obviously because no-one should gaslight anyone, but also because you know what’s happening in the play from the get. I would be interested to see if they couldn’t condense the story slightly into a 75-minute single act, in order that the plot’s big reveal might be somewhere nearer the end, rather than half way through.

That being said, Gaslight, as directed by Imy Wyatt Corner, is still fraught with suspension and quiet terror, regardless of whether we know where it’s going to end up. On leaving the theatre, my shoulders ached from two hours of sustained panic, and gripping tension.

The Playground Theatre until 10th November 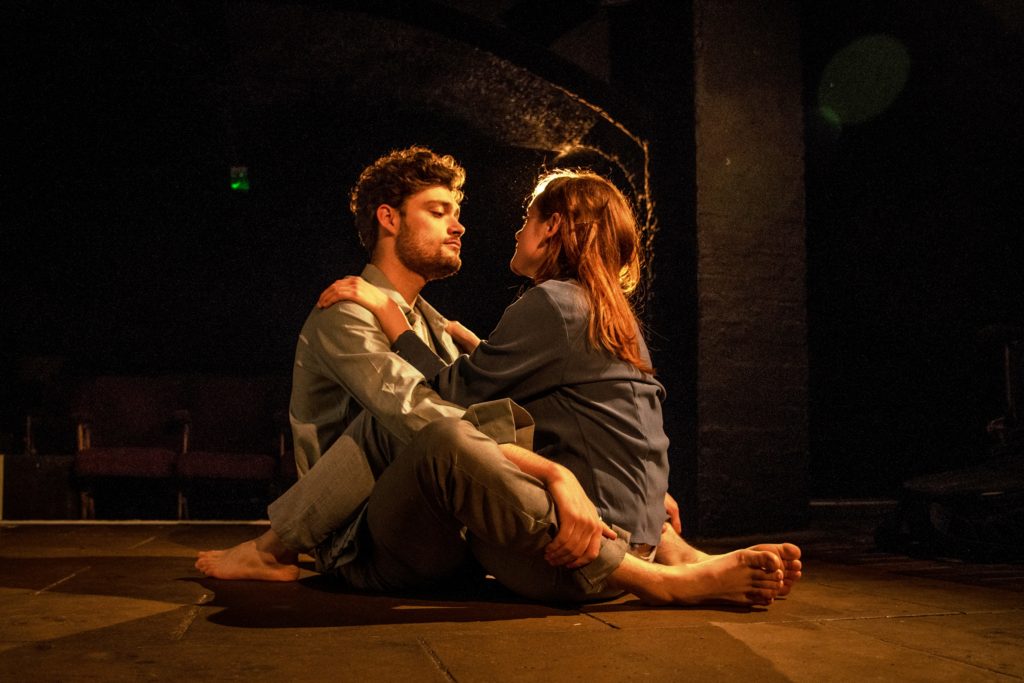