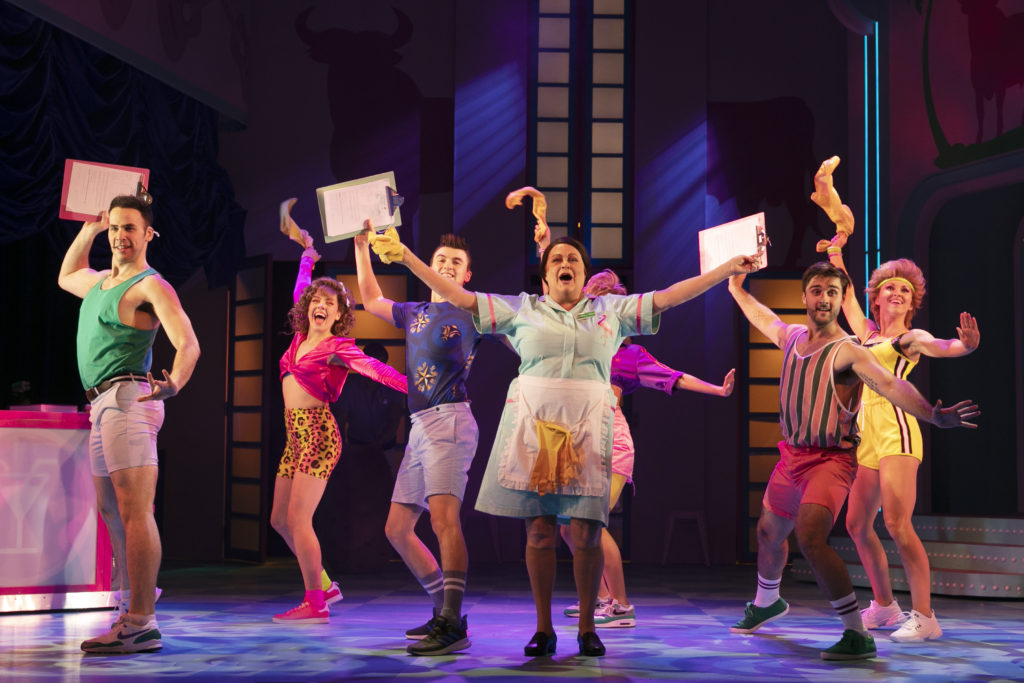 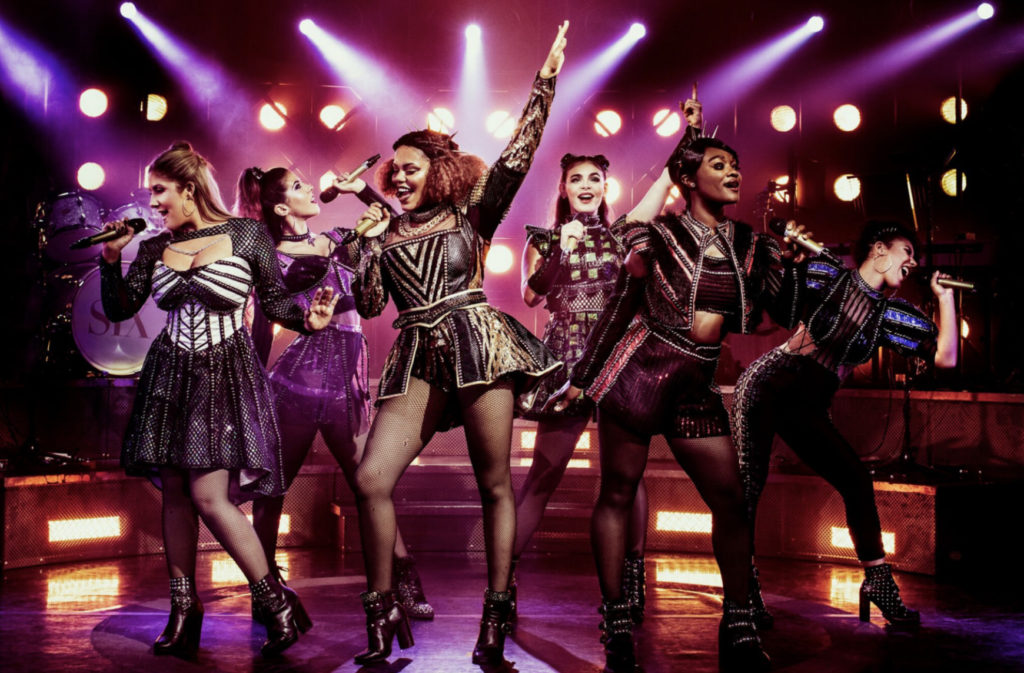 “one of the hottest shows on right now, created by brilliant, talented young artists who are shaking up the West End”

The 2019 Olivier Awards nominations were announced yesterday, with Six up for five. For a student-created show that debuted at Edinburgh Fringe in 2017, Six has skyrocketed to the highest ranks of London theatre. The performance starring all six of Henry VIII’s wives joins Come from Away, Tina, and Fun Home in the Olivier category for Best New Musical. These are the biggest players in the West End, and Six has incredibly but undeniably earned its place among them.

Written by Toby Marlow and Lucy Moss, and directed by Moss and Jamie Armitage, Six is not like musicals you’ve seen before. Framed as a pop concert/X Factor competition, the ex-queens take turns singing their stories, all vying for the title of Who Had It Worst with the infamously bad-tempered King Henry. Divorced, beheaded, died; divorced, beheaded, survived. The six songs are as different as the six women. Marlow and Moss cover the range of pop, drawing influence from modern queens Beyoncé, Adele, Ariana Grande, Nicki Minaj, Lilly Allen, and Alicia Keys. Genuinely hit-worthy music, beyond-clever lyrics (rapid-fire historical references spun with millennial-modern allusions), and knock-out performances (from the queens as well as their all-female live band) combine to create a formidable new contender on the musical scene.

Although it may seem dubious, considering the premise involves Henry’s wives competing over who had the worst marriage, the show is undoubtedly feminist. The six women take the microphone to reclaim their stories – to give their perspectives, which have been left out of the history books. That they all perform as each other’s supporting vocals and backup dancers effectively reveals the facetious nature of their rivalry. They’re really a team. And although they only come to this realisation in the end, the show spends the whole time arguing they were people, not just wives.

Six is largely tongue-in-cheek. It’s funny and fun more than it’s informative. The whole thing is joyously playful, surprisingly fresh, and wildly entertaining. There’s a delightful, amateurish silliness to the concept, which seems to stem from a couple of sleep-deprived students procrastinating their History final. (Recent Cambridge grads Marlow and Moss wrote the play during their exams).

Six has had an incredible journey, from its beginnings at Edinburgh Fringe just two years ago, to the five Olivier nominations it received yesterday. This is one of the hottest shows on right now, created by brilliant, talented young artists who are shaking up the West End.